In terms of revenue, the global wearable sleep tracker market is projected to register a CAGR of 7.6% over the forecast period, owing to various factors, regarding which FMI offers detailed insights and forecasts in this report.

The growth of the global wearable sleep tracker market is primarily driven by increasing incidence of sleep disorders such as insomnia and sleep apnoea globally, availability of different types of wearable sleep trackers and growing awareness regarding sleep-related ailments and importance of a healthy sleep. Likewise, the number of new cases of sleep disorders have increased globally owing to the rise in obese and geriatric population and increase in unhealthy habits leading to unhealthy lifestyle.

Different types of wearable sleep tracker devices are present in the market with different price ranges and fitness requirements. Besides, awareness regarding healthy sleep is also growing due to several educational programs and availability of information on the internet on conditions such as insomnia and sleep apnoea. Several sleep foundations such as the National Sleep Foundation are consistently spreading awareness regarding sleep disorder symptoms, diagnosis and treatments available. 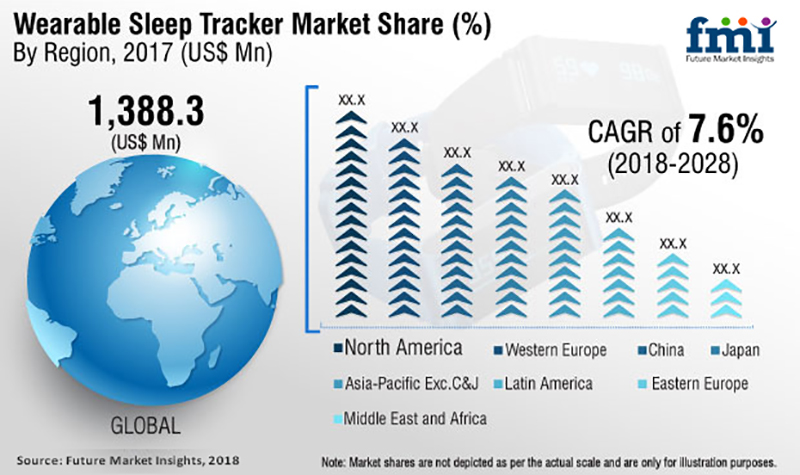 In this report, the individual strategies followed by these companies has been discussed regarding the improvements in their products, creating new manufacturing facilities, market consolidation and advanced R&D initiatives. The report has been concluded with the key takeaways of the players present in the market and the new players planning to enter the market.