Legislation on eCall (emergency call) functionality is one of the major factors driving advanced vehicle connectivity today. An eCall subsystem will automatically call the emergency services in the event of an accident or crash. The system will be mandatory for all cars and vans sold in the EU from April 2018.

Designed to save lives on the roads, eCall comes into its own in rural and remote areas, where when an accident happens, there may be no-one around to call the emergency services. In this situation, a swift automatic alert could mean the difference between life and death. It is estimated that eCall can speed up emergency response times by 40% in urban areas and 50% in the countryside, reducing the number of fatalities by at least 4% and the number of severe injuries by 6%.

Proprietary eCall systems have already been implemented by some premium carmakers, such as BMW, PSA, Volvo and Mercedes, but so far just a fraction of cars across Europe boast the system. According to the European Commission, the installation of the eCall system will add approximately €100 to the cost of a new car. However, with some 250 million cars in use across the continent, it is expected that roll-out of the system in new cars will fuel a competitive market in aftermarket systems.

eCall can be triggered by impact sensors in the car that are continuously monitored to detect an accident or crash. Airbag accelerometers may form part of this system. Alternatively, eCall systems may be triggered manually by the driver using a dedicated ‘SOS’ button in the car. Once the call is placed, an operator will attempt to speak to the driver to find out what has happened and whether paramedics are required. If voice contact cannot be made, the paramedics are sent immediately.

Design challenges
Vehicles, being mobile by nature, are of course not plugged in to data cables or power cables, so the major design challenges relate to RF connectivity, battery power and the reliability of these systems under accident and crash conditions.

The eCall system transmits data known as the ‘Minimum Set of Data’ (MSD) to the emergency services, which includes a timestamp for the incident, GPS location data and information about the direction the vehicle was travelling to allow the accident site to be found as quickly as possible. This data is sent by an in-band modem over the GSM voice channel, in a similar way to how fax machines work. 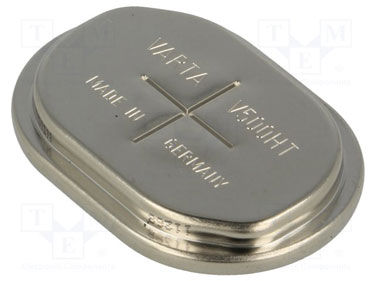 Whilst the system currently operates using the GPS (US) satellite positioning system, the European Galileo system is also an option. On the cellular side, current solutions are largely based on 2G/GSM technologies, but they will need to support 3G, 4G or VoLTE.

An important design requirement for now is reliable GPS/GSM RF operation in low signal areas. Smart antenna designs, located in the car’s ‘shark fin’, will allow GPS and eCall communication alongside a host of other services such as radio, TV and vehicle-to-X communication. RF reliability can be improved using the right SAW filter to eliminate the effects of interference – RF360 is the leader in automotive SAW filters with a wide range of parts for all applicable frequencies and bands, including eCall.

In the event of a crash, the car’s main battery or its supply lines may no longer function hence another important design consideration for eCall systems is that they are flexible enough to allow their power source to change from the car’s main battery to backup battery as required. This backup battery should obviously be as robust as possible as it may have to endure many years before finally being used, and then it still needs to be powerful enough for a loud and clear call. The requirements are power delivery for 10 minutes, in temperatures as low as -40°C. The power supply required by communication modules is typically 350mA with peaks of 2A for data transmission, plus 500mA for audio operation, at 3.2-3.4V. 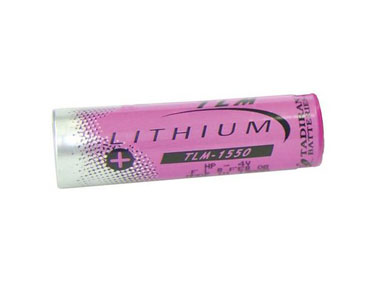 Tadiran has developed a special lithium metal-oxide battery technology especially to meet these demanding conditions, which can supply pulse currents up to 15A (permanent current capacity of 5A) at a rated voltage of 4V. Tadiran’s TLM-1550/HP, based on this specialised technology, is the size of an AA battery, showing good properties down to -40°C without additional heating. The rechargeable version can be used for standby times of 8-10 years.

As an alternative, Varta recommends using multiple coin cells in this application, suggesting three to five of its V500HT parts, depending on the power demand. The V500HT is part of its powerful85 family of Ni-MH batteries, designed for high discharge currents (3A peak at 4.8V) and extended temperatures (-20 to 85°C). These batteries are rechargeable with a long lifetime of up to ten years.

Overall robustness of the in-vehicle communications system is probably the third biggest design challenge, as the system should be robust enough to survive a crash. All components should obviously be able to withstand automotive temperature ranges and be AEC-Q100 certified, where applicable. For example, connectors should be the most robust possible, such as the HS Autolink family from Molex, which is designed for automotive data transfer. These rugged connectors feature fully protected perimeter seals and wire seals for IP67 and IP69K rating in wet locations.