Home > Products > What is driving the automotive LiDAR and RADAR market?
Sensors

What is driving the automotive LiDAR and RADAR market?

The automotive LiDAR and RADAR market is growing at a substantial rate. The market growth is dependent on the demand trends in the automobile industry, safety regulations, and buyer preferences and lifestyle. LiDAR and RADAR based driver assistance systems play an important role in reducing road accidents and casualties and enhance pedestrian safety. Passenger safety occupies a prime spot in the automobile sector today.

However, the penetration of these technologies differs from country to country. Economically developed countries tend to have a high penetration of these technologies across various passenger and commercial vehicle segments. Other factors such as economic growth, increasing demand for premium passenger cars, rising concerns about vehicle and driver safety, and the introduction of safety regulations will drive the growth of the automotive LiDAR and RADAR based Advanced Driver Assistance Systems (ADAS) market in the next five years. 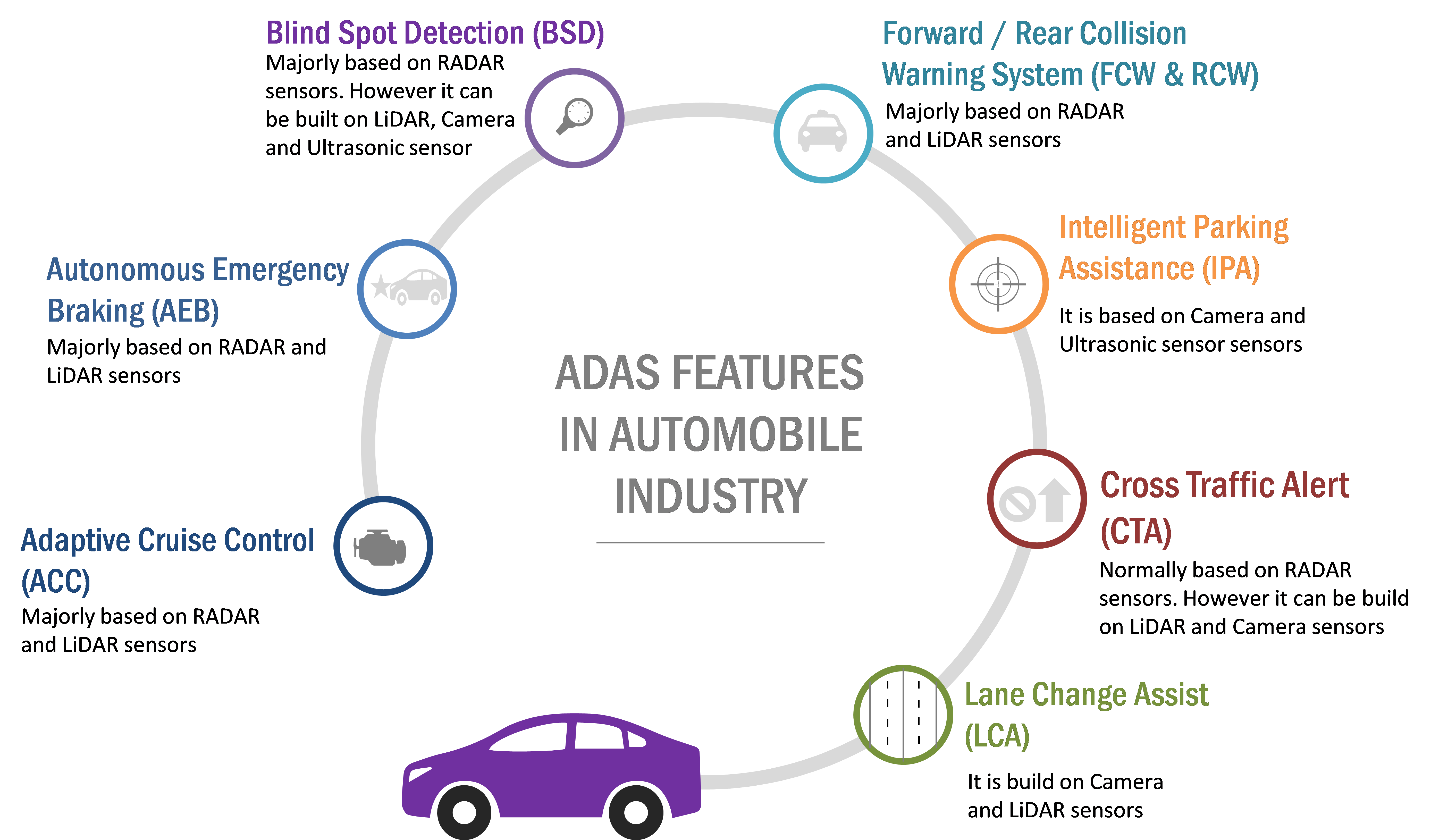 The above mentioned features play a vital role in limiting the damage/injuries caused to the driver, passengers, and pedestrians in the event of a crash/accident.

The increasing government regulations for vehicle safety and increase in adoption of ADAS technology by OEMs are driving the automotive LiDAR and RADAR market
In 2015, the European New Car Assessment Programme (Euro NCAP), in collaboration with the Australasian New Car Assessment Programme (ANCAP), released a study on the impact of Low Speed Autonomous Emergency Braking (AEB) on rear-end collisions. The data collected from Australia and five European countries was used for this study. The study revealed that the implementation of Low Speed AEB technology would reduce the real-world rear-end crashes in vehicles by 38%.

To meet the stringent vehicle safety norms, there is currently a drift from conventional driver assistance systems (such as cruise control, rear view mirrors, etc.) to advanced driver assistance systems such as Adaptive Cruise Control (ACC), Lane Departure Warning System (LDWS), and Blind Spot Detection (BSD). The European Commission is in favor of legalising the use of 79GHz RADAR sensor for automotive ADAS applications. According to the ETSI standard (EN 302 264), the use of short-range vehicular RADAR operating in the 77-81GHz frequency range is legalised, and there are no restrictions on its use in the automotive domain. 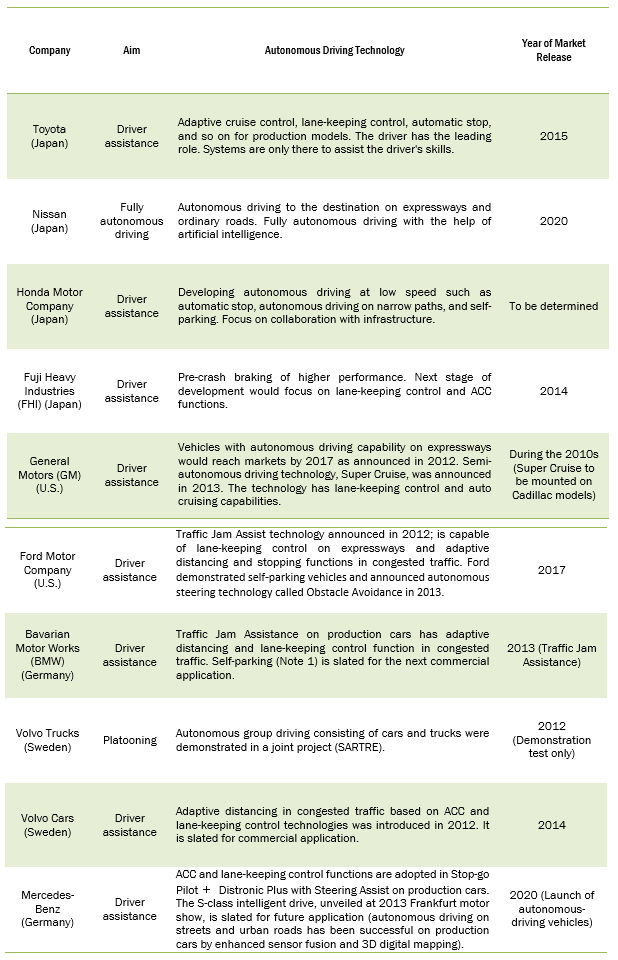 Role of RADAR in automotive industry and its type:
The RADAR application in the automotive industry has changed the definition of safety features. In the current scenario, the RADAR application can be easily seen in luxury passenger cars and many other means of transport, mainly used in the U.S. and the European region. The RADAR technology is deployed in features such as advanced cruise control systems, lane change assist, collision warning, etc. This technology alerts the driver about any possible danger and prevents a collision by giving a collision warning. It also assists in parking the car. The various types of automotive RADAR sensors are as follows: 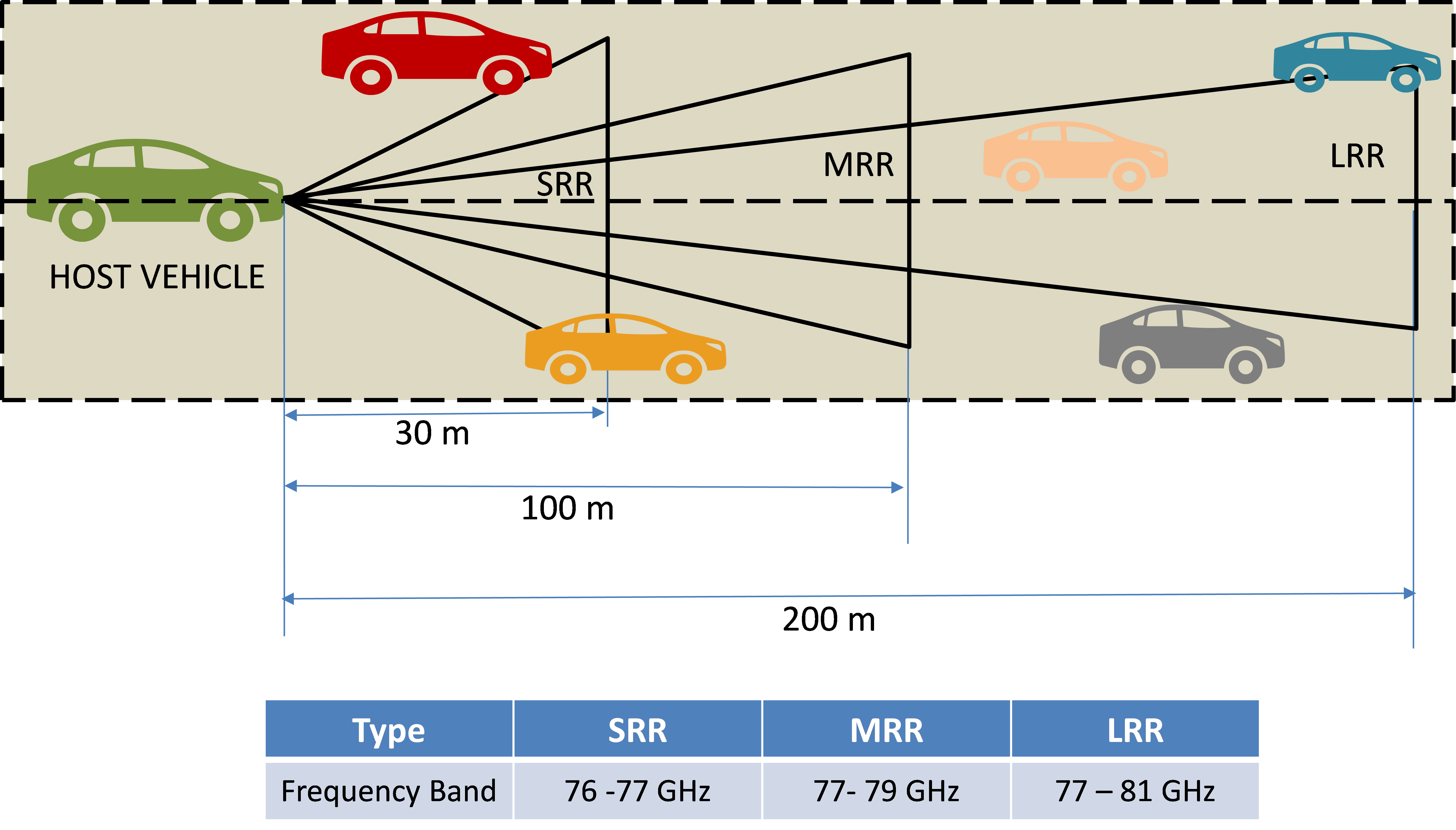 Role of LiDAR technologies in automotive industry and its types
The automotive LiDAR sensors use light as a transmission source. The speed of obstacle detection using light is much faster than frequency of RADAR. LiDAR sensors have a longer lifespan of nearly ten years and offer greater accuracy and reliability. The integration of these sensors with advanced optics techniques allows for a larger coverage area of nearly 200m in front of the vehicle. LiDAR systems can be used in cars for pedestrian avoidance, lane change warnings, auto-braking solutions, and adaptive cruise control applications. The high cost was the primary concern in using LiDAR, which is now being addressed by innovations of companies such as TriLumina (US) and Velodyne LiDAR (US).

The automotive LiDAR market has been classified into two categories on the basis of operating image and technology.