Our website is made possible by displaying online advertisements to our visitors. Please consider supporting us by disabling your ad blocker.
Home > Products > New sensor technologies employed in today’s robots
Sensors

Advancements in control and communications ICs have played an important role in realising today’s next generation of robots. However, it is the advent and fusion of many new, small and low cost sensing technologies that are at the heart of these modern and sophisticated robots.

For each axis of movement, or joint rotation, at least one magnetic angular position sensor is used. Many of today’s robots utilise small, yet powerful, Brushless Direct Current motors (BLDC) for moving the robot’s joints and limbs. In order to properly drive the motors, motor position feedback is required. 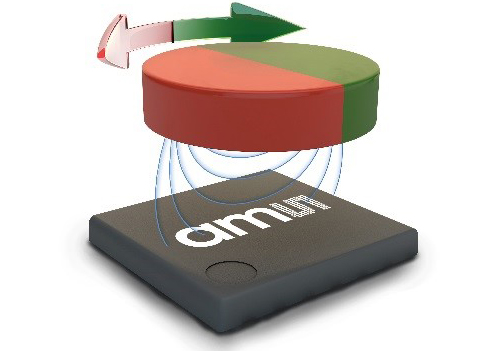 In the case of a robot ankle that requires axial motion in both pitch and roll, for example, a total of four magnetic position sensors are used. With this type of multiple for each joint, and the appreciation of the high number of joints required in most robots, it becomes quickly obvious why the magnetic angular position sensor is so prolific in today’s latest robot introductions. 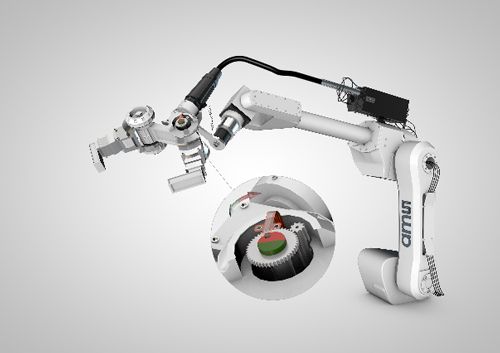 Lastly, because they are contactless and have no moving mechanical parts they don’t wear out, unlike for example, resisitive potentiometers commonly found in traditional servo motor assemblies used in low cost social/toy robots. It is because of all of these inherent benefits that magnetic angular position sensors are being utilised so commonly in today’s consumer, professional service and social robots, and now even industrial robots.

Presence sensors
Several presence sensor technologies are now being integrated into today’s robots and their information is being fused together for providing robot spatial vision sensing, and for object detection and avoidance. 2D and 3D vision stereo cameras are commonly found in many of today’s new consumer and professional service robots.

However, new advanced sensor technologies such as Time of Flight sensors, which includes Light Detection and Ranging (LIDAR) sensors are also increasingly being deployed in robots. LIDAR provides high resolution 3D mapping of the space and surroundings that a robot is operating in so that it can better perform tasks and move around in. See Figure 3.0. 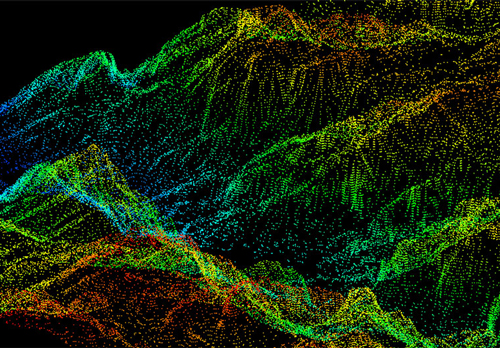 Similarly, ultronsonic sensors are being utilised for presence sensing. Like their counterparts used in automobiles for safety alarm systems when backing up, ultrasonic sensors in robots are used for detecting obstacles in their near vicinity and preventing them from bumping into walls, objects, other robots, and human beings.

In addition, they can perform a role in the robot performing its major functional tasks. Hence, ultrasonic sensors play an important role in near-field navigation and obstacle avoidance, which ultimately provides for overall improved robot performance and safety.

Ultrasonic sensors, however, have a limited range that spans from about one centimeter to a couple of meters, and have a maximum direction cone of approximately 30°. They are relatively low cost and have good accuracy at close ranges, but their accuracy drops off with increasing range and measurement angle.

They are also susceptible to temperature and pressure changes, and interfer-ence from other nearyby robots using ultroasonic sensors tuned to the same frequencies. Nevertheless, when used in combination with other presence sensors they provide useful and reliable position information.

When all of these presence sensors’ (2D/3D camera, LIDAR and ultrasonic) data are fused together, as we are now beginning to see in higher-end consumer/professional service robots and industrial robots, these robots are able to achieve spatial awareness of their surroundings, and move and perform more intricate tasks without damaging themselves, people or their surroundings.

Gesture sensors used in human-robot interaction
Gesture sensors are also being increasingly integrated into some of today’s most sophisticated robots for aiding in providing user interface commands. Gesture sensor technology includes both optical sensors and control armband sensors worn by a robot operator.

With optical based gesture sensors a robot can be trained to recognise specific hand movements and perform certain task(s) based on the specific gesture or hand movement. These types of gesture sensors afford many opportunities in the home or hospital for people with disabilities and limited communicaton abilities, as well as in the smart factory.

With armband control sensors, an operator wearing one can communicate and control a collaborative, industrial, medical or military robot to peform and/or mimic certain tasks based on how the operator moves and gestures his or her arm. For example, a surgeon wearing an armband sensor on each arm could control a pair of remote medical robot arms to peform surgery, possibly as far away as on the other side of the planet.

When a force torque sensor, for example, in a robot arm senses a sudden and unexpected force due to the arm bumping into an object its controlling safety software can cause the arm to stop its motion, and retract its position.

Power management sensors are also used in the areas of voltage regulation, and power and thermal management of robot joint motors. All onboard robot electronics, such as microprocessors, sensors, and actuators, need low noise ripple power supplies and regulation to ensure they work efficiently and properly.

The latest in sensor solutions for robot power management include, coulomb counting for the discharging and charging of batteries, precise and reliable over-temperature supervision sensors for voltage regulators, and current sensors in battery management devices. 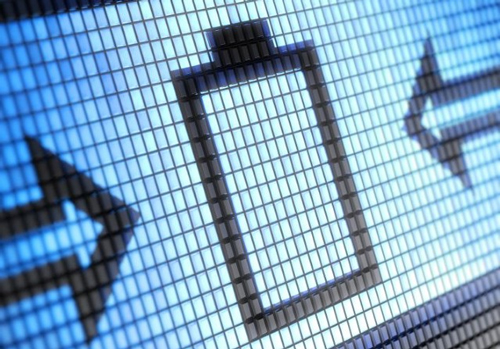 As a result of the integration and fusion of all off these new sensor technologies, today’s latest robots can operate more independently and safely. In addition, due to dramatic improvements in computing power, software, and artificial intelligence, and working in concert with these new sensor technologies, this next generation of robots can more easily be adapted to support a wide array of applications.

Moreover, they can perform their tasks more precisely and quickly than their predecessors. And lastly, they can can operate and work more independently, collaboratively and safely with humans in a wider array of home, business and manufacturing environments.