Security has to be core for Bluetooth LE microcontrollers

Industrial applications have enthusiastically adopted wireless connectivity. Discerning manufacturers are not only asking for RF connectivity but security at every level is not always provided as standard. Ben Widsten, product manager, onsemi, explains

There is clear and apparent demand for wireless connectivity in industrial applications. This demand is being met with highly integrated solutions that combine an RF radio with software-defined digital control, in the form of a wireless microcontroller (MCU). As the number of wireless MCUs in the market is growing, device manufacturers are becoming more discerning. There is a need for the connectivity offered by RF, but developers are also keenly aware of the need for security at every level.

Even in the recent past, security has not always been included ‘as standard’, which means many of the wireless MCUs currently in use, and still being selected for new designs, may not offer the same level of security as that offered by newcomers which are market. Semiconductor manufacturers and IP providers are learning more about security all the time, through collaboratively sharing experiences and discovering potential attack vectors.

The constant battle against new cyber threats means any platform conceived today needs to think about how to provide protection tomorrow. That requires a robust foundation that supports secure firmware-over-the-air (FOTA) updates. Here, the addition of a fully integrated RF radio can help provide security, but it also represents an obvious attack vector for hackers.

The benefit of integration

Figure 1: Bluetooth is now being used for indoor navigation, asset tracking and tagging

The introduction of the Bluetooth LE protocol and its low power credentials have further improved connectivity, providing greater range and bandwidth but still with a view to minimising system power demands. This puts Bluetooth LE in a good position when considering which technology to use in an endpoint, particularly if that endpoint is battery-powered. No other wireless PAN protocol has evolved more in response to the developing demands exerted by the IoT. At the same time, Bluetooth LE has achieved this while improving its low power profile. The ubiquity of Bluetooth is also a factor. As a fundamental technology in smartphones, Bluetooth makes provisioning edge nodes much easier and readily available.

Through integration, all the benefits of Bluetooth LE are now accessible in the form of wireless MCUs, effectively providing a single chip solution for connected applications. When supported at the software level, these devices can both accelerate and simplify development. This also highlights the need for equally comprehensive security features that build on the protocol’s own capabilities, to provide protection from online threats.

Security is so fundamental that it needs to be included at the bare metal level of a design. That means making it part of the processor itself, as well as providing additional hardware-based security features that are beyond the reach of attackers. This includes using cryptographic methods for authentication and authorisation, as well as the secure creation, sharing and storage of the keys used for encryption.

When implemented in this way it becomes possible to augment the security features already offered by the Bluetooth LE protocol, such as adding secure boot with Root of Trust. In the Arm ecosystem, this can be achieved by choosing to implement Arm TrustZone and CryptoCell-312 security IP. This adds security features to an Arm Cortex implementation based on the Armv8-M instruction set. CryptoCell has been designed to provide a number of important features, including true random number generation (TRNG), code encryption and data authentication. It also supports rollback protection and lifecycle management, which have been identified as weaknesses in other IoT devices. It provides an authenticated execution environment and uses cryptography as well as software update validation.

Arm’s TrustZone was designed to provide hardware security by supporting physically isolated zones across the chip’s design, resulting in execution isolation at the software and application level. Together, these technologies increase the level of security provided by the total solution.

Coupled with Bluetooth LE, these features can even be configured to improve online security by using Bluetooth LE localisation capabilities. In the industrial IoT, mapping and localisation is becoming more integrated to provide added services such as asset tracking and indoor navigation. Being able to securely authenticate local devices attempting to join a private network is one example of how these functions will interoperate. 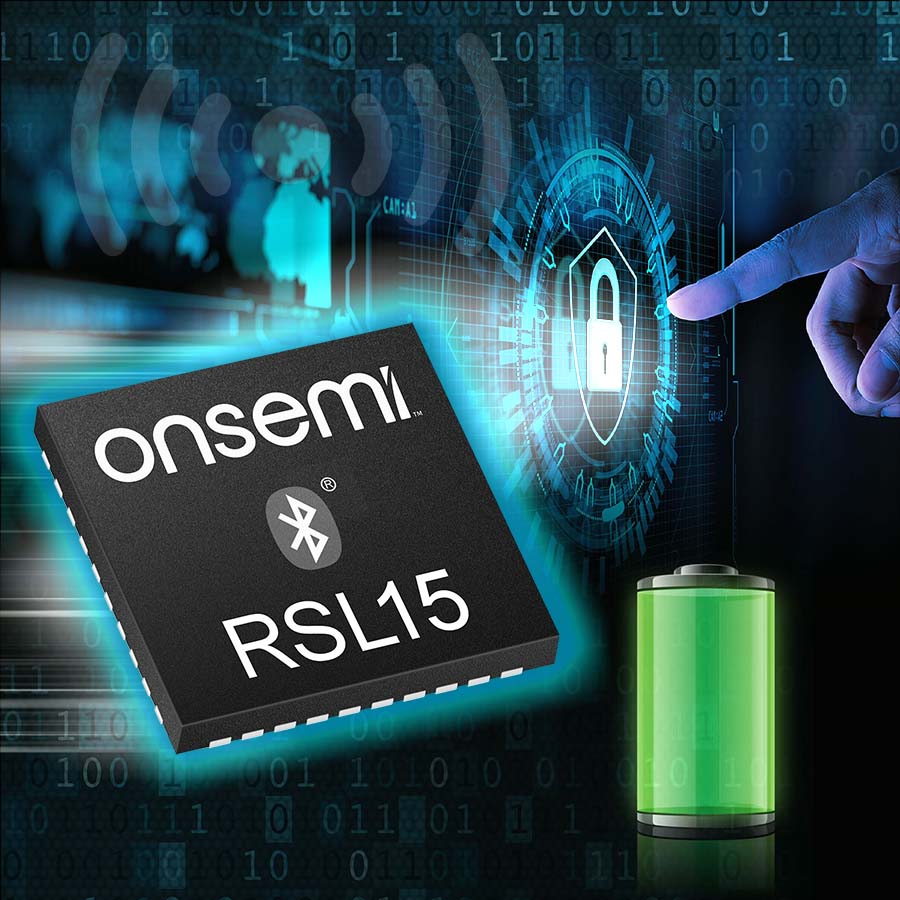 The RSL15 from onsemi is an example of this new generation of Bluetooth 5.2 wireless MCUs. It is part of its portfolio of wireless connectivity solutions. The company used its expertise in Bluetooth LE and Wi-Fi to develop the MCU which it describes as the next evolutionary step in the RSL family. The RSL15 joins the RSL10, claimed to be the industry’s lowest power flash-based Bluetooth LE device. The RSL15 improves upon the radio, integrating it alongside an Arm Cortex-M33 subsystem that features the Arm TrustZone CryptoCell-312 IP. At the same time, it has added a number of other features that specifically target industrial edge-nodes.

These features include enhanced localisation technologies in the form of high-resolution RSSI (received signal strength indication), angle of arrival (AoD) and angle of departure (AoD). It also features a long range, high speed (2Mbit/s) PHY and supports up to 10 simultaneous connections.

Bringing connectivity and security together means that the RLS15, which also has peripheral support that includes PWM, PCM, I2C, SPI, GPIO, UART and RTC, is suitable for connected industrial applications. An additional feature that directly supports the use of the RSL15 in ultra-low-power applications is the Smart Sense power mode. This allows some analogue and digital peripherals to remain active and acquiring data when the rest of the device is in a deeper sleep mode to save power. For example, the on-chip ADC and FIFO can be configured to excite and sample external sensors, only waking the processor core if a pre-determined condition is met.

In addition to integration at a hardware level, accessing the advanced functionality requires a comprehensive software development environment. The RSL15 is supported by an Eclipse-based IDE (developed by onsemi), as well as other commercial integrated development environments (IDEs) that support the Arm Cortex-M33 processor. Much of the heavy lifting on the software side for this Arm-based device, is provided through the ecosystem and use of its Cortex Microcontroller Software Interface Standard (CMSIS)packs. 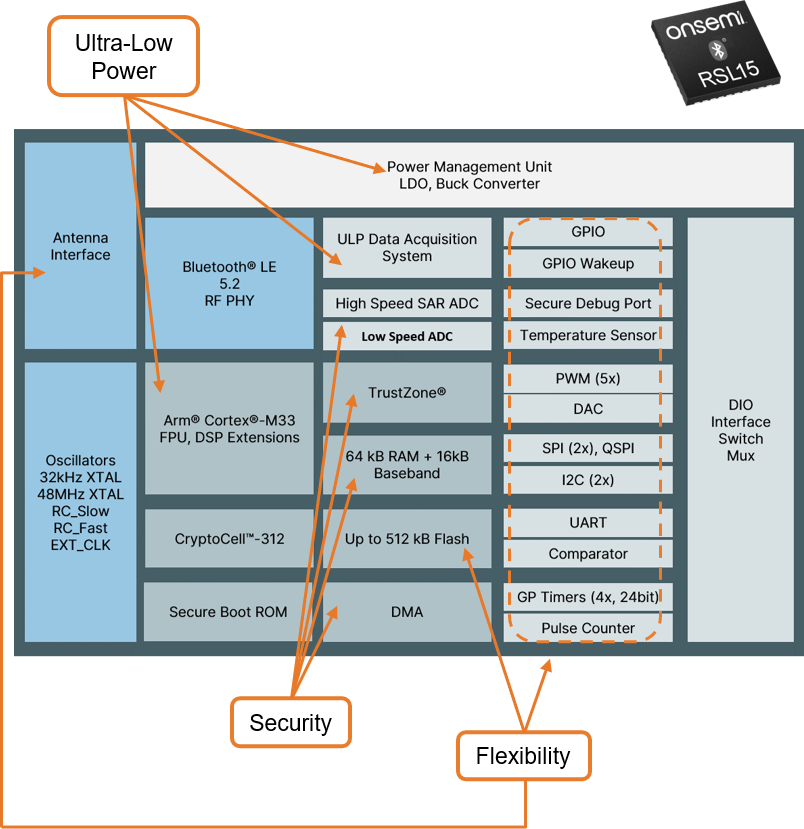 Figure 2: A high-level block diagram of the RSL15

Internally, the RSL15 uses flash memory, which means everything can be securely updated over the air. This includes the operating system, the Bluetooth stack and the customer’s application, after the device has been deployed. The firmware is authenticated in flash using a certificate-based mechanism using a private-public key scheme.

Bluetooth LE is becoming more popular in industrial applications, but this is matched by the need for greater security. The RSL15 has advanced security features and Bluetooth LE radio to combine the flexibility of a programmable solution with the assurance of industry encryption and authentication. A combination of software support, software development kits (SDKs) and development hardware, can assist manufacturers looking to develop secure, connected solutions.

Bluetooth and the global pandemic

Despite a slow worldwide economy as a result of the Covid-19 pandemic, Bluetooth-enabled device shipments are expected to increase from four billion in 2020 to over six billion by 2025.

The 2021 Bluetooth Market Update, released by the Bluetooth SIG, identified wearables and locating systems as markets that will experience “substantial growth” in the period.

Unsurprisingly, the pandemic did not affect healthcare unit sales. If anything, the sector thrived, with an increase in health and wellness devices, and demand for telehealth, resulting in demand for Bluetooth wearables growing more than 5% over previous forecasts.  There is expected to be 205 million Bluetooth wearables shipped in 2021.

A selection of Products articles for further reading