The development of a thin-film process technology has been announced by Fujitsu which increases oxygen-producing efficiency by more than 100 fold. This is compared to using photocatalyst material as-is, with photoreactive electrodes that produce electricity and oxygen through the interaction of sunlight and water, used in artificial photosynthesis.

The results of this development could be used to increase energy storage capacity through artificial photosynthesis, and hold the promise of becoming a fundamental technology relating to energy and the environment, thus contributing to a more sustainable future with solutions to the problems of global warming and natural resource depletion.

Details of this technology were published in the English scientific journal Scientific Reports (online edition) on 19th October 2016.

Background
Reducing CO2 and other greenhouse gases and developing renewable energy that can be stored are urgent issues for building a society that will be sustainable in the future. Artificial photosynthesis uses sunlight, water and CO2 to produce oxygen, hydrogen, and organic compounds that can be used as stored energy, making it the subject of increasing interest.

Issues
To artificially produce storable energy in the form of hydrogen and organic compounds requires efficiently extracting reaction electrons from a photocatalyst material using the energy in sunlight, and at the electrode, efficiently reacting with water or CO2. In the past, semiconductor materials and relatively coarse-grained photocatalyst materials have been used in low-density rigid structures for the photoreactive electrodes where sunlight and water react. However, as the usable wavelengths of light in sunlight (visible light) fall in a narrow range, it has been difficult to achieve a sufficient current flow from the chemical reaction.

About the technology
Fujitsu Laboratories has improved on methods for forming thin films of electroceramics on flexible mounting sheets to create capacitors and other passive elements. It has also developed a process technology for layering thin films on a substrate using a nozzle to spray the raw-material photocatalyst-material particle that fragments the particle on a thin plate. Key features of the technology are as follows. Analyses of the internal structure of the material were performed jointly with the Crystal Interface Laboratory at the University of Tokyo.

1. Expands the usable wavelengths of sunlight
After creating a film of the raw-material photocatalyst-material particle, it is formed into a crystalline structure having deviation at the molecular level, which broadens the spectrum of sunlight that can be absorbed from a maximum wavelength of 490nm using existing technology to 630nm with this technology, more than doubling the usable sunlight that is captured (Figure 1). 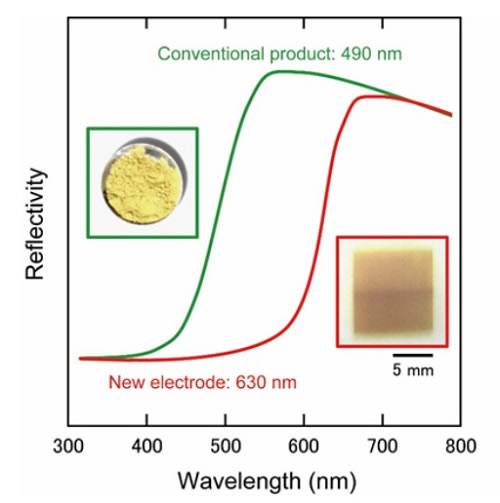 Figure 1: Reflectivity of sunlight with the new material 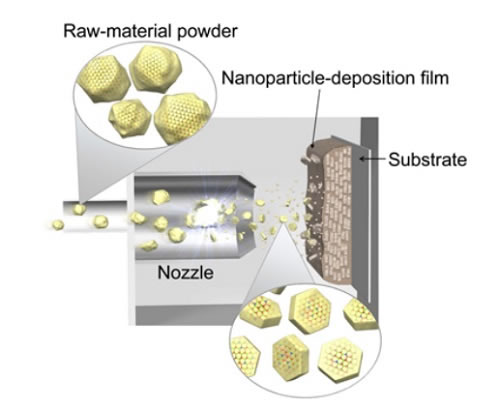 3. A structure formed of nano-sized particles ensures a large surface area to react with water
The film's surface structure increases the surface area that can react with water, and is formed into a systematically structured crystalline surface that boosts electron density throughout the material's crystal structure. This effectively promotes much greater interaction between water and sunlight (Figure 3).

Future plans
Fujitsu Laboratories is continuing to work on further advances in photocatalyst materials and process technology to improve the characteristics of photoreactive electrodes, and is working on developing technologies for the dark-reaction part (CO2-reducing reactions) and the overall system, with the goal of implementing artificial photosynthesis technology.

Fujitsu Laboratories seeks to contribute to a more sustainable society through renewable energies, and to develop the foundation for sustainable energies and the environment.