Lighting the way to a more sustainable future

London-based clean tech company, Pavegen, has completed its largest installation of its flooring technology to date in a favela in Rio de Janeiro, Brazil. The company develop and manufacture flooring technology that converts the wasted kinetic energy from footsteps into renewable electricity. This particular project included the installation of 200 5cm thick kinetic tiles buried under the Astroturf of a local community football pitch in the Morro da Mineira favela.

The energy from the players’ footsteps is used to rotate a flywheel, which then captures energy (up to 7W per step) and powers the pitch’s six LED floodlights. Solar panels supplement the output if no one is using the pitch. The pitch was opened last September by Brazilian legend Pele.

Using the wireless Application Programming Interface (API), the tiles can also transmit energy to designated web addresses, allowing for real time data analytics, live footfall representation and has the potential to incorporate the system into smart cities. The tiles in the installation in Rio can collate the daily amount of footsteps and energy produced by each tile.

Following on from the Rio installation the company then placed another 100 of its tiles on Africa’s first people powered football pitch in Lagos, Nigeria. The project launched last December 2015, where musician and solar entrepreneur Akon inaugurated the campaign, commenting: “New, reliable and smarter energy solutions play a major role in driving human progress in Africa. The innovative football pitch and programmes like Akon Lighting Africa draw attention to the major opportunity that Nigeria, as well as the whole of Africa, have if we look to better harness new technologies and the continent’s abundant renewable energy resources.” 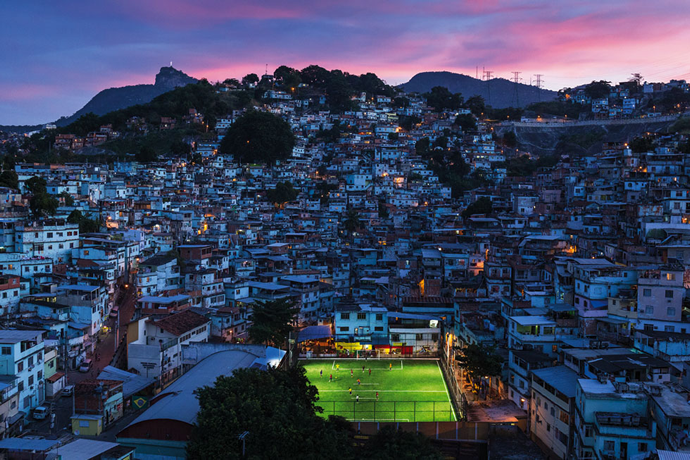 Pavegen’s technology has been used in a diverse range of applications including in London in Harrods, Heathrow Airport and The Crystal (a sustainable cities initiative and the country’s largest exhibition on the future of cities), plus at Saint-Omer train station in France, Kia Motors in South Korea, Webster University in the US and several schools around the country.

The concept of Pavegen was developed in 2009 by Laurence Kemball-Cook, whilst researching kinetic, off-grid energy solutions at Loughborough University, and he commented: “I strongly believe that disruptive technologies are the best way to change people's attitudes to energy and reduce the reliance on fossil fuels and grid power.”