Last weekend’s race in Montreal marked the end of an exciting season of the world’s first electric racing series. The hard battle has been won; Lucas di Grassi (pictured) is the new Formula E world champion. The ABT Schaeffler Audi Sport Formula E racing team celebrated second place in the team classification, with Daniel Abt finishing the season in eighth place in the world rankings.

Off the racing track, in the coming season Würth Elektronik eiSos will be intensifying its successful technology partnership with the ABT Schaeffler Audi Sport team, which will now be managed by Audi Sport. The two technology companies want to take the Formula E series and their electric racing cars further forward, innovatively developing them to enhance their speed, range, and safety capabilities and, thus, generating even more enthusiasm for eMobility both on and off the circuit.

“This Formula E season has been an emotional roller coaster – after all, we all root for the ABT Schaeffler Audi Sport team and the pilots all the time. Every race, every overtaking manoeuvre is a breath-stopping experience,” said Alexander Gerfer, CTO of the Würth Elektronik eiSos Group. “And it makes us all very proud to be able to actively contribute to the success of the world’s first electric racing series as an innovative supplier of electronic components.”

For example, since the second season, REDCUBE terminals have been a firm installation on the motherboards of the inverter. In the third season, which has just finished, Würth Elektronik eiSos and ABT Sportsline closely cooperated to optimise the back-up battery for the cockpit. The necessary battery charger that’s used in the garage of the ABT Schaeffler Audi Sport team was also developed jointly with ABT Sportsline, and the green light has already been given for a series of other projects for the upcoming fourth season.

“The use of our components and systems in the Formula E racing cars under the highly demanding conditions on the racetrack is a valuable test for us,” Gerfer said. “The Formula E technology partnership underscores our engagement for innovative components and future-oriented technologies, and recommends us as a robust partner for other eMobility projects.”

Hands-on electromobility in the capital
The highpoint of the Formula E European tour was the race weekend in Berlin in June. Forward-looking technology has always been a hallmark of the activities at the former airport grounds of Berlin-Tempelhof, and now it’s eMobility that’s moved in more or less overnight. With the new systems like wireless power charging and energy harvesting, both of which are used widely in Formula E, the Würth Elektronik eiSos Group enabled an intensive hands-on experience of technology in the German capital. 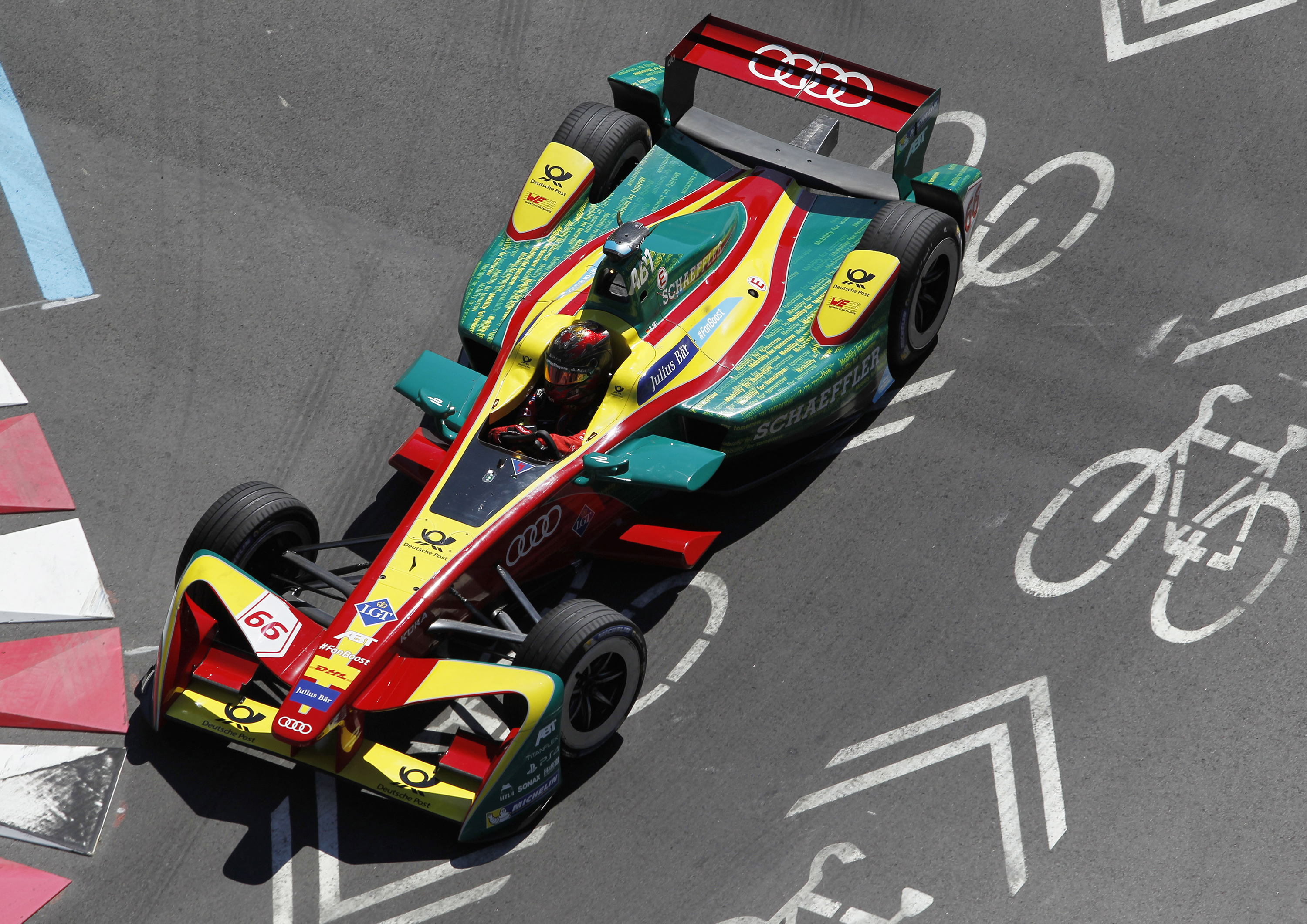 The company, which has seriously committed itself to the concept of eMobility, accompanied the home race of the only German racing team, the ABT Schaeffler Audi Sport team, by putting on a major event for over 120 customers and partners, including a tour of the pit lane and a call in on the pilots in the exclusive race suite. The thunderous applause of the visitors in the decisive battle showed just how much enthusiasm for Formula E and for the aspect of eMobility in general has been generated.

A major step forward for eMobility – Audi as the pioneer, with BMW, Mercedes-Benz, and Porsche also taking the stage in Formula E
The constantly rising number of visitors to the racetracks throughout the world and also the echo in the classic and social media, are clear evidence of the ever-growing enthusiasm for this sport. This enthusiasm will continue to grow enormously: Audi is joining in with a works team in the coming season. The Würth Elektronik eiSos Group is going to remain the team’s technology partner, which in future will take its place on the grid as Audi Sport ABT Schaeffler.

“Over the past few months, we’ve intensely followed the events in the Formula E scene – on the race days themselves, in the development of the new drive train, and also in the form of numerous activities off the track,” said Dr. Peter Mertens, Technical Development Director of AUDI in a company press release on 7th July 2017. “The fact that next season Audi will be the first German car maker to enter the racing series is also a mark of the clear commitment of our company to electromobility: starting on the racetrack in December, and from next year on also on the road, in the form of our new Audi e-tron.”

Another interesting item of news that was announced last week: the German premium car makers Mercedes-Benz, BMW, and Porsche – all companies with a long and rich tradition in the history of motor sports – have also made a clear commitment to Formula E. The car brand with the distinctive star will be leaving the DTM race series at the end of the 2018 season and entering the Formula E series the following year.

BMW will also become a member of the successful electric racing series, planning to take the grid for the first time in season 5. Starting in 2019, Porsche will join the series with its own works team, ending its LMP 1 engagement in the FIA World Endurance Championship series at the same time.

“Mercedes-Benz, BMW, and Porsche are joining in the Formula E series – that should make the entire concept even more exciting. Excellent prospects for the further development of eMobility,” is how Oliver Konz, CEO of the Würth Elektronik eiSos Group, summarised these developments.