Home > Products > The way things should be done
Power

The way things should be done

In the defence sector, high reliability is demanded of both electronic equipment and its supplier. Richard Warrilow examines a point in case

Demonstrating compliance with industry standards is not without its challenges. It can, however, also be very rewarding, as it nurtures better and earlier supply chain communications, greater transparency over technical and logistical issues, and drives a shift from traditional transaction based engagements to mutually beneficial collaborations.

For instance, Curtiss-Wright Defense Solutions (a division of Curtiss-Wright), has turned to Ipeco Electronics for the development and manufacture of power supplies for military platforms. In 2011, the two companies entered into discussions regarding power supplies for a high-profile military land vehicle programme. No commercial off the shelf (COTS) unit met the requirements and a full-custom option was to be avoided. A power supply being developed for another customer had many electrical and physical characteristics of interest to Curtiss-Wright. Specifically, it was a VPX form-factor unit intended for aerospace and military applications. It also had multiple output rails (of 3.3, 5.0 and 12V DC), an equivalent rated power of about 250W (peak) and input conditioning for transient and reverse polarity protection.

As Ipeco Electronics owns the intellectual property (IP) for that power supply it was possible to use it as a starting point for a prototype unit for Curtiss-Wright; i.e. a modified off the shelf (MOTS) solution.

Figure 1: Defects or non-conformance must be flagged and resolved

Modifications made to the unit included increasing the output power on some voltage rails and the development of an integrated input filter to meet defence standards, including Land Class A EMC and load dump protection. In parallel with the development work, from initial discussions through to delivery of units still in production today, compliance was and continues to be essential.

"Strict and unwavering compliance is a must for us," says Simon Standing, Curtiss-Wright Defence Solutions' supply chain manager. "We have an enviable reputation for compliance, and to be completely confident about the assurances we give our customers we ask a great deal of our suppliers. In fact, some have walked away from engagements because they are unable to give us the assurances we need."

There are several standards relating to electrical performance and EMC characteristics with which a military power supply must comply. For instance, the power supply and accompanying filter developed for Curtiss-Wright Defence Solutions from those early discussions back in 2011 meet EMC compliance to DEF-Stan 59-411 Land Class A. It also affords transient protection to DEF-Stan 61-5, Part 6. B. The unit is also compliant with DEF-Stan 00-35 in terms of shock, vibration and humidity.

Figure 2: Power supplies go through an acceptance test procedure (ATP) during which the results are captured and signed off by a test engineer

As part of the service to manufacture and supply the power supplies, Ipeco Electronics must demonstrate compliance in a variety of areas. "Like most companies working in defence and other mission- and safety-critical industries we have an approved suppliers list," continues Standing. â€œSuppliers have to earn a position on that list and then work hard to remain on it.

Standing goes on to explain that Curtiss-Wright continually monitors its suppliers in terms of product quality and delivery. Defects or non-conformance found in the company's goods-in or during the manufacturing process will be flagged and must be resolved.

Steve Maryniak, general manager, comments: "Understandably, we need full compliance from our suppliers too. But this can be difficult in the case of some component distributors and OEMs. They may only have a few customers seeking proof of compliance or demanding the right to audit and inspect, so it's not worth their time and effort. An effect of the increased emphasis on compliance is a reduction in the number of suppliers we use but, on the plus side, the remaining ones have really upped their game."

Maryniak adds that demonstrating compliance is not simply a tick-box exercise. Rather, it is about providing assurances and taking on responsibilities. It has a non-conformance reporting process, approved by Curtiss-Wright, under which non-conformances must be flagged. If a component is soon to become obsolete, and there are no pre-agreed alternatives available, then Ipeco will draw this to Curtiss-Wright's attention. Both parties will then work together to resolve the issue, and Ipeco Electronics will work with its suppliers to the same end.

"We're also very hot on counterfeit parts," continues Standing. A counterfeit part is defined as "an unauthorised copy, imitation, substitute or modified part which is knowingly misrepresented as a specified genuine part of the manufacturer; or a previously used electrical, electronic or electromechanical part which has been modified and is knowingly misrepresented as new without disclosure to the customer that it has been previously used".

Under its contract with Curtiss-Wright in relation to the power supply units for the current programme, Ipeco Electronics must also disclose the use of conflict minerals in accordance with the Dodd-Frank Wall Street Reform and Consumer Protection Act.

In terms of manufacturing the power supplies, the company is required to ensure all materials and components are protected against corrosion and contamination, as well as other potentially damaging affects/scenarios, and to protect them during transit and handling ahead of their use on the shop floor.

There is a growing preference in the defence sector not to use components that are more than five years old. For instance, electrolytic capacitors degrade (a reduction in capacitance and an in increase in leakage) if unused for extended periods. However, such devices have large minimum order quantities if favourable prices are to be secured. Maryniak adds: "As part of our commitment, we have controls in place to ensure that all components are stored and processed to ensure they are fit for purpose. Storage can be in humidity cabinets and processing can involve the reforming of electrolytic capacitors before use". 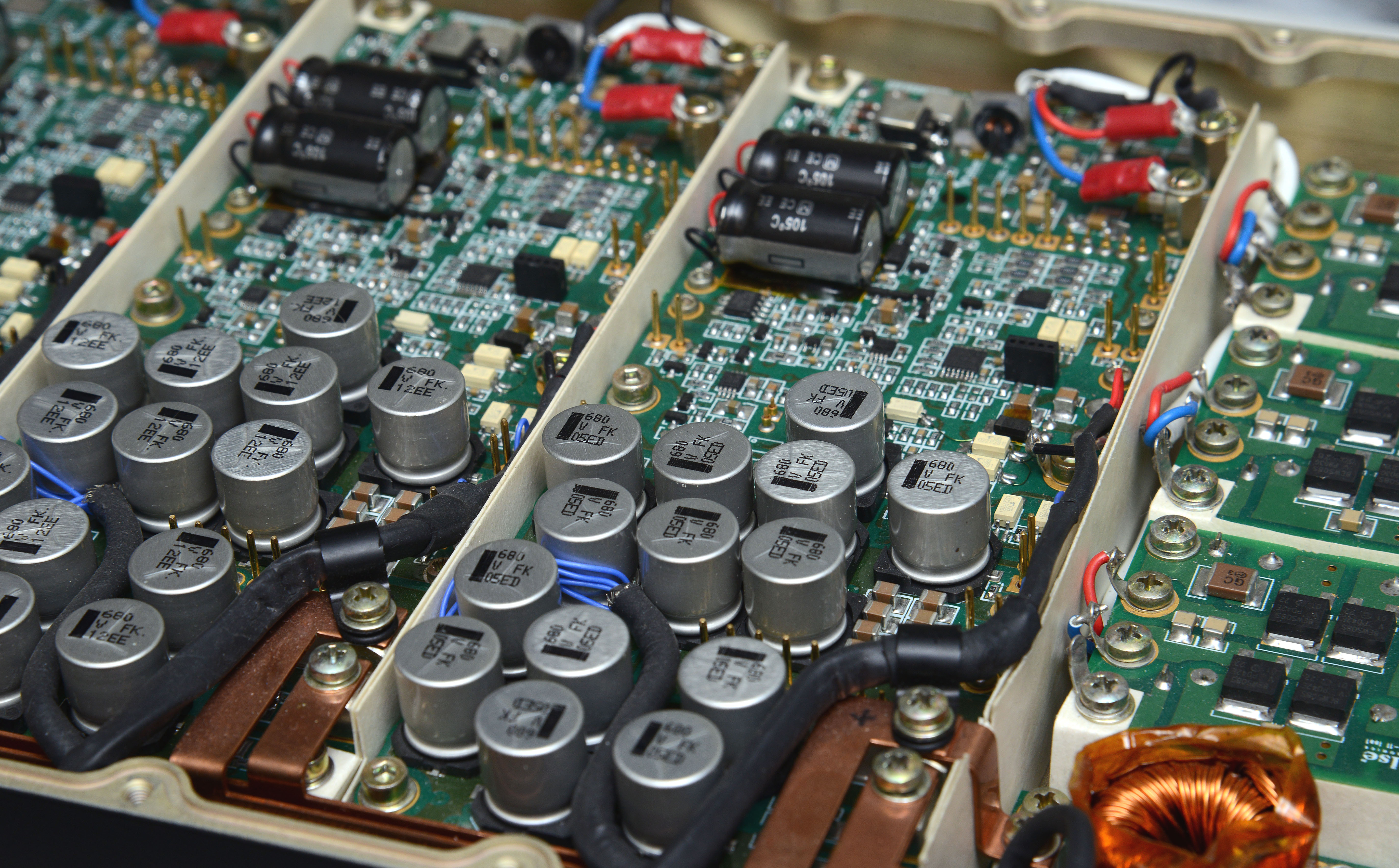 Figure 3: Electrolytic capacitors can be reformed prior to use

Electrolytic capacitors are frequently used in power supplies to provide output rail hold-up, although they do degrade during storage. They can be reformed prior to use by applying a rated voltage and current across their terminals for a time proportional to how long they have been in storage. In addition, intelligence within some power supplies (like the above three-phase input unit) can apply soft-start to hold-up circuitry to safeguard against the effects of long-term storage of the final assembly.

In addition, the company runs an ESD control programme, compliant with MIL-STD-1688 to protect assemblies during manufacture, test, inspection and packaging. The same applies for any reworks. It takes preventative measures, including the training of personnel, to control and eliminate foreign object damage (FOD) or contamination of the power supply units during all stages of manufacture, test, inspection and packaging. The company's processes are also subject to onsite reviews.

At the time of writing, more than 100 production units have been delivered to Curtiss-Wright. These are being delivered in approximately monthly batches of 12. Standing concludes: "We're extremely impressed with how Ipeco Electronics is performing on this programme, both in terms of the quality of delivered units and programme compliance".

From Ipeco Electronics' perspective, embracing compliance (to the extent it has) has proved extremely rewarding. Maryniak concludes: "As an OEM of power supplies intended for use in defence and aerospace applications, we have always wanted early discussions with customers as opposed to being invited to quote for work late in the overall programme's lifecycle. Now we are involved much earlier and we're able to make suggestions that will save time and money. It's a win-win".

Like most quality assurance practices, on-going improvements are expected. No doubt some industry standards will be revised and others will be introduced, because things can always be done better. So long as there's transparency and scope to work together to resolve issues, everyone in the supply chain stands to benefit.