The power to save is at the heart of a PCB

Blending IDT and SKEED technologies creates a connector that can be applied without tools anywhere on the PCB, including the reverse, saving installation time in confined spaces, says Ulrich Schmidt, managing director of Lumberg Group

The RAST mating interface standard was introduced in 1986. The German-driven standard Raster Anschluss Steck Technik can be translated as pitch connection plug technology. It was orginally designed for white goods but today the system has evolved and established in other market sectors.

It is used in sub-assemblies in the automotive industry for a PCB in the final production process or by an OEM in the wiring system. They can also be used – unlike crimp connectors - as a direct mating system on the edge of the PCB. There is no need for a counterpart which saves installation space and reduces cost.

RAST 5 connectors with a 5mm pitch are designed to cater to currents that draw up to 16A whereas 2.5mm pitch connectors can relay signal and small load currents of up to 4A. RAST connectors tend to rely on insulation displacement technology (IDT) for economic production of cable harnesses. This explains why RAST connectors today are the standard for a number of sensor, switch, actuator and motor control lines which can be connected directly or indirectly with the PCB or the components. They are particularly popular in vehicle lighting, LED headlights, LED taillights and interior lighting.

This direct connector has become a synonym for a connector on the edge of a PCB in white goods but presents a challenge for automotive technology, where the edge of the PCB is already crowded.

Lumberg is believed to be the only manufacturer to offer a direct connector for any position on the PCB. No soldering and no corresponding part is required. In addition, the connector can be plugged-in and plugged-out several times. Being IDT it has all the advantages of automated cable assembly efficiencies (Figure 1).

Figure 1: The SmartSKEDD connector with up to 13 poles.

SKEDD technology can be seen as a further development of press-fit technology and uses reversible contacting in the plated-through PCB hole.

The individual contact comprises two spring-loaded symmetrical contact tongues which retract when inserted into a plated-through hole in the PCB. The contact pressure forces from the two tongues to create a mechanical-electrical connection inside the hole, with no need for soldering. 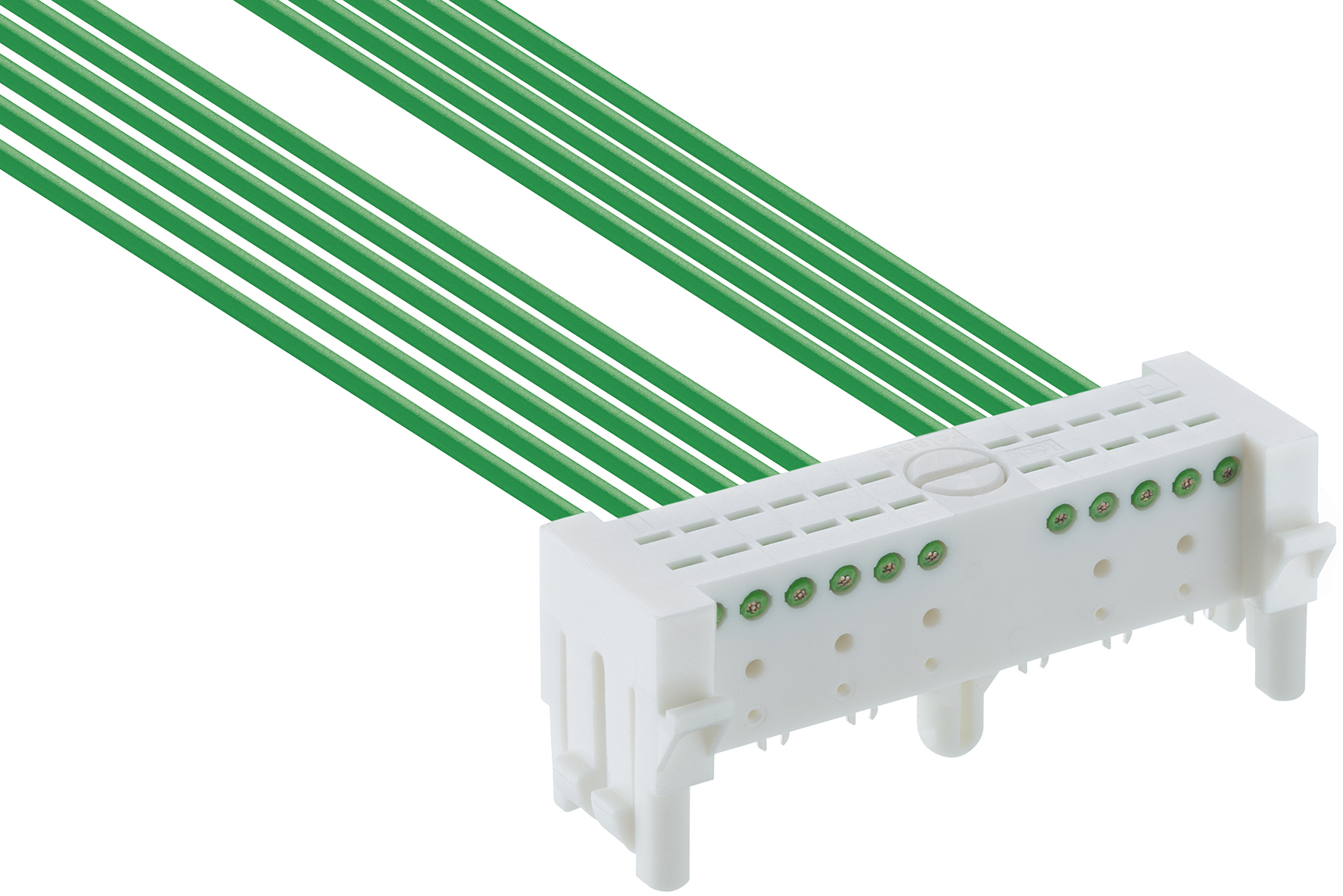 Figure 2: SmartSKEDD with secondary locking according to LV 214.

The connectors can mate and lock without having to use tools, which is convenient when mounting entire sub-assemblies. In new designs, the connectors can mate right in the centre of a PCB, or even on the reverse side, if there is no space on the edge and surface of the PCB. Reversible mating also makes it possible for the first time to easily replace components, for example during a service. SKEDD reduces installation space and weight, while reducing potential error by eliminateing an electrical interface, a contact resistance and saves time by negating an assembly process. The thermal load of a FR4 PCB caused by a soldering process or the use of additional devices for a press-fit process is also eliminated. 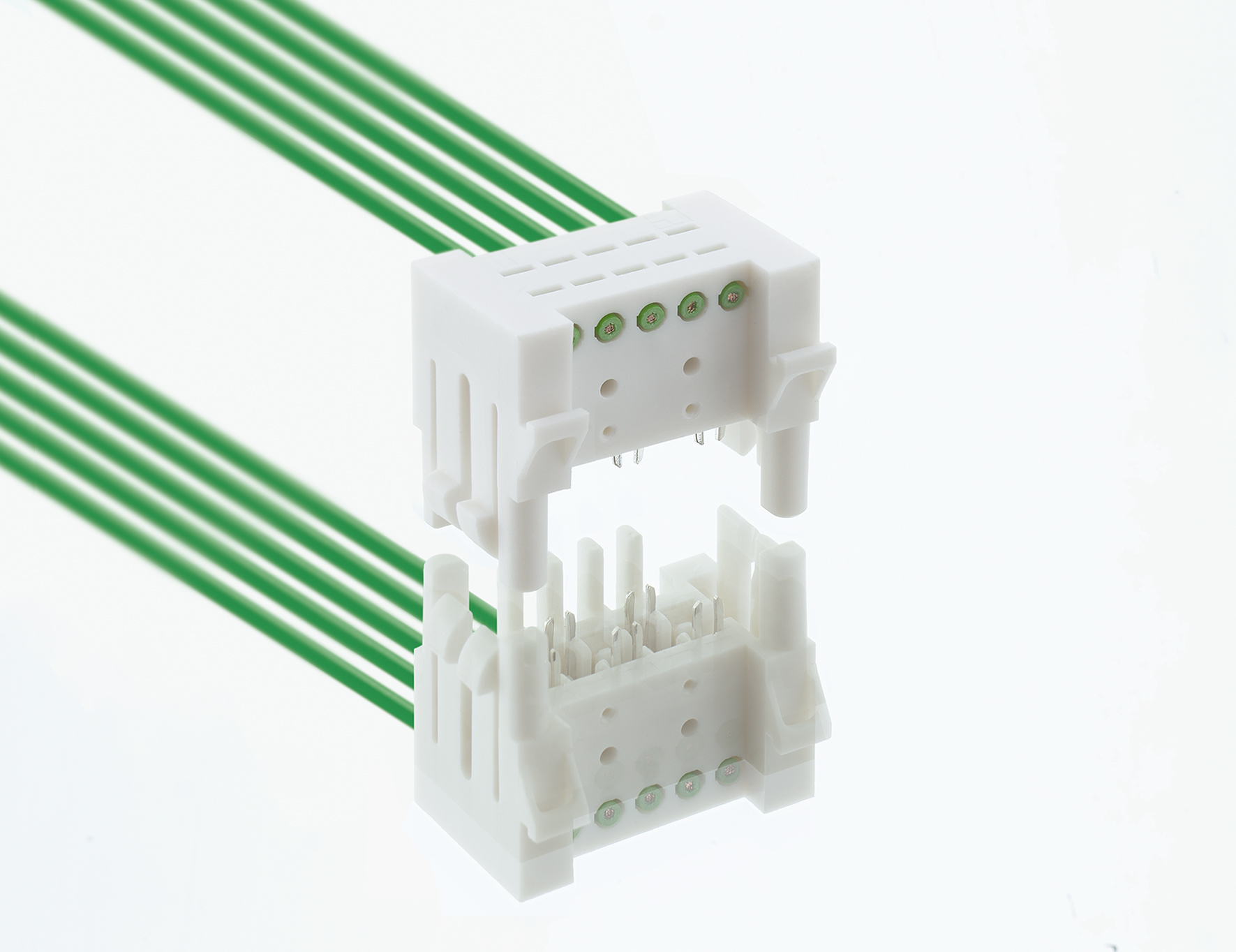 Lumberg offers two versions of its SmartSKEDD connector which are claimed to be extra robust and reliable, equipped with a snap-fit plus pin locking system according to LV214.

Three solid pins on each housing guarantee secure positioning and prevent mismating. Each side of the connector features two snap-fits that lock the connector tightly onto the PCB. The geometry of the snap-fits also varies to hold firmly on different board thicknesses. To release the connector, the user simply presses on the primary lock. The retaining forces are approximately 50N.

If a secondary lock is needed – this applies for example to many applications in the automotive industry to meet LV 214 standard – or if the application needs an extra measure of retention, the second SmartSKEDD model features a pre-assembled central pin which increases the retaining force to almost 100N. Again, this assembly is tool-free. It is delivered and pinned in the ‘lock’ position.

The central pin additionally locks into the PCB and secures the connector. During servicing, a screwdriver is sufficient to turn the pin from the lock position to the release position.

The connector was designed to be holistically robust with regard to the processing steps in the connector life cycle and in particular, with regards to tolerance management (production, assembly, contacting), assembly, packaging and transport. The spring contacts are also geometrically optimised (with a spring leg symmetry) and have a silver coating. 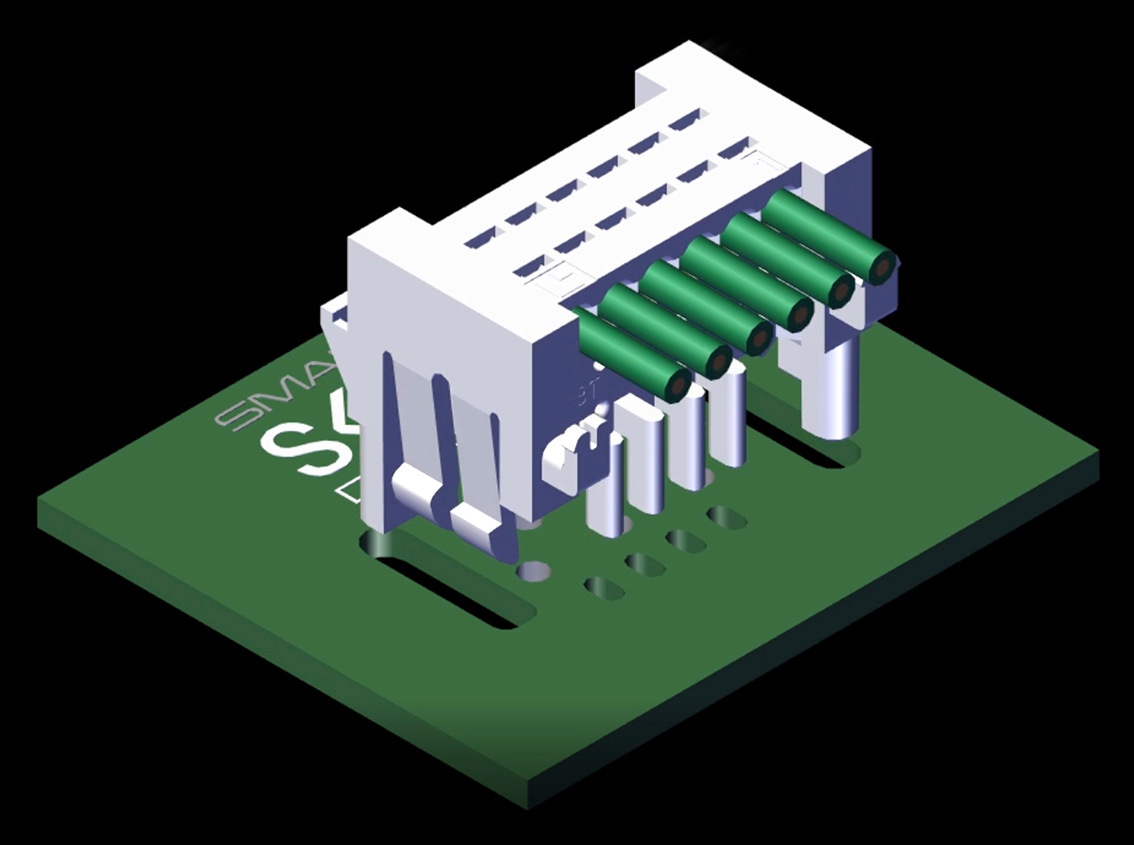 Figure 4: The technology allows direct mating in the centre of a PCB with snap-fit connection

SKEDD also offers benefits for individual components. Whether board-, wire-, or component-to-board – directly pluggable and detachable connections everywhere, e.g. on the centre of the PCB, or even on the rear, are a novelty. The advantages in series processing are enormous. The technology is suitable for automotive, buildings and home applicances, all areas which have used billions of RAST-connectors for decades.

Table 1: A summary of the benefits of IDT and SKEDD 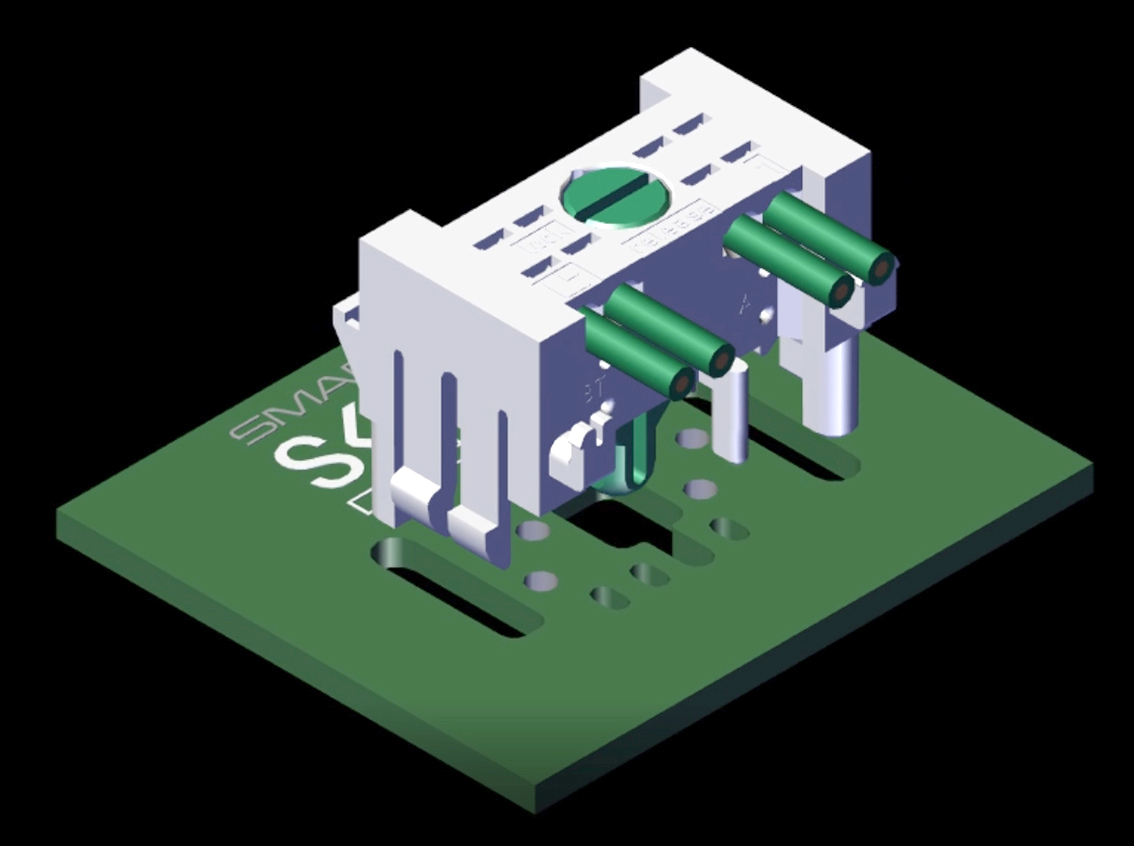 Both SmartSKEDD direct connectors have a 2.5mm pitch and are available with three to 11 poles. The version without a pin has up to 13 poles. The rugged connectors are designed for a wide temperature range, from -40 to +130°C.

The housing is halogen-free PBT V-0 according to UL94 and the copper-tin contacts are always silver-plated. The contact resistance at ambient temperature +20°C is less than or equal to 5mΩ, the rated voltage is 50V AC and the rated current at 4A is +85°C (ambient).

Figure 6: The LV 214-approved snap-fit, pin-locking and positioning pin from the reverse of a PCB.