Signify, formerly Philips Lighting, has given a dramatic lighting facelift to Shanghai, China's financial and economic centre. The project has been implemented for the Shanghai Municipality and involves dynamically lighting the iconic waterfront, three bridges and over 40 buildings in the financial and tourist districts.

It is the largest, single, architectural lighting project in Signify's 127-year history and illustrates the company's leadership in unlocking the potential of connected lighting to transform cities.

“The upgraded lighting system helps demonstrate Shanghai's cultural heritage in a more vivid way, creating impressive night scenes in an energy efficient way,” said John Wang, President of Greater China, SVP, Signify. “It is an honour for us to illuminate Shanghai's landscape with our connected lighting which can give municipalities control and real-time information on the performance of individual light points. In the future, this information could be input into smart city dashboards to give planners a 360-degree view of their smart city assets as China transforms its cities to be more efficient and liveable.”

Signify is committed to helping Chinese cities to develop more eco-friendly business and tourist landmarks by using connected LED lighting to lower energy use and reduce operating costs. The new lighting is expected to save the city 50-70% of its annual lighting costs when compared to previous areas lit by conventional lighting. 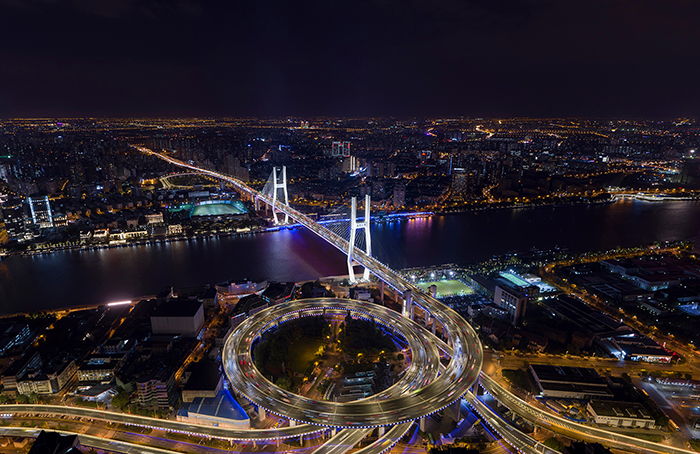 The switch-on of the massive display was witnessed by President Xi Jinping and foreign heads of state attending the opening of the China International Import Expo (CIIE), held for the first time in Shanghai.

Located in the Yangtze River Delta in China, Shanghai is a major financial and transport hub with the world’s busiest container port and has grown to be China’s second largest city by population. As part of the regeneration of the financial and tourist districts of Shanghai, Signify has installed more than 50,000 Philips luminaires. These illuminate buildings along the waterfront as well as the Yangpu, Nanpu and Xupu bridges. Its Interact Landmark system is being used to control and manage lighting on building rooftops and the three bridges.

Interact Landmark provides dynamic lighting where each luminaire can be remotely monitored and controlled individually or in groups to create unique, dynamic night scenes on weekdays, weekends or holidays. Also, a late-night mode can be switched easily to facilitate energy saving and further extend the life of the lights. Furthermore, the Interact Landmark system is used to detect and manage faults, improve asset management and thereby reduce costs. 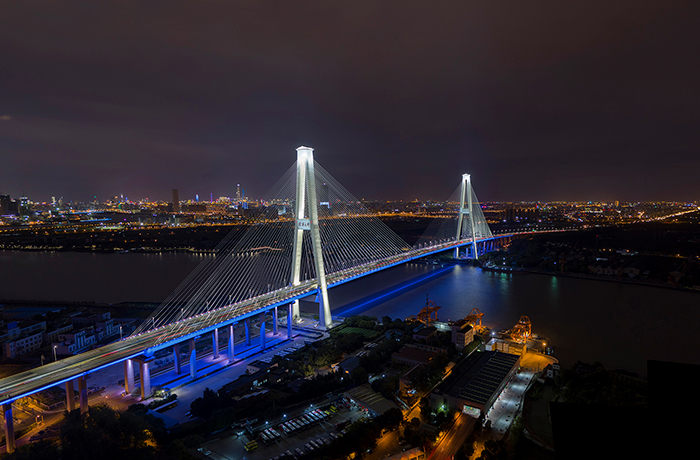