TSN and IoT solutions steal the show for Belden

The manufacturer of networking, connectivity and cable products, Belden who work in signal transmission solutions for mission-critical applications, were exhibiting at SPS Drives 2017 with a lot of solutions to showcase to the 70,000 visitors who also attended the show. Electronic Specifier went along to the Belden booth, which was a platform for the latest IIoT innovations and experience the newest products and solutions for industrial communication the company had to offer.

But the message that Belden was portraying was of innovation, with new products such as DRAGON PTN switch with MPLS technology, our Li0N-Power I/O modules with embedded Distributed Control Units (DCUs), and our new MachFlex high-flex cable line on show.

One element that did also particularly stand out on the Belden booth was the demonstration showing how Time Sensitive Networking (TSN) is enabling a lot of their new technology efficiently. TSN was a very popular subject at the SPS event.

Belden was keen to show off the world’s first I/O modules to support all three standard industrial Ethernet protocols - PROFINET, EtherNet/IP and EtherCAT – in one single device, now as a 16DIO version.

The universal device has the ability to be installed into new machines and applications, but additionally can be used when retrofitting is necessary.

Whilst on the subject of TSN Belden has also been involved recently with two switch types from the RSPE product family by Hirschmann, which will support Time-Sensitive Networking.

Industrial Network Devices Ready for the Deterministic Data Transfer of the Future
Belden has released a software update for the modularly-managed Hirschmann switch types RSPE35 and RSPE37. It was announced at SPS and was made available shortly after the show finished.

As a visible sign, all RSPE devices since April 2017 that are TSN compatible have a ‘TSN ready’ logo visible on the front panel. In addition, older switches of both RSPE types can also be upgraded for the new real-time technology. The ‘TSN ready’ logo is not exclusive to the RSPE35 and RSPE37: other Hirschmann industrial Ethernet Switches, such as the OCTOPUS II, MSP Power MICE and the GREYHOUND GRS1040 with fitting capabilities are carrying the logo as well and will be upgraded in the near future. 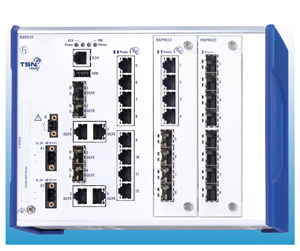 “For the first time, TSN allows a simultaneous transfer of time-critical and non-time-critical data with a guaranteed end-to-end latency via Ethernet in accordance with IEEE 802.1 and 802.3,” said Dr. Oliver Kleineberg, advanced development manager at Belden. He added: “Because of the comprehensive functions and high bandwidths, the technology is suitable for nearly all automation applications. Moreover, since TSN is not a proprietary system like many other established real-time solutions, it can be used with devices from different manufacturers, which paves the way for the Industry 4.0 in modern heterogeneous industrial networks.”

The managed switches of the RSPE product family consist of a basic unit with eight twisted pair and four combo ports, which can be expanded through the various media modules. The RSPE35 and RSPE37 versions support the Precision Time Protocol (PTP) in accordance with IEEE 1588-2008 and feature a FPGA module (Field Programmable Gate Array), which means it's possible to implement selective hardware-based redundancy mechanisms such as HSR (High-availability Seamless Redundancy), PRP (Parallel Redundancy Protocol) and DLR (Device Level Ring) directly in the field. The new software update, which also enables TSN, can now be loaded into the FPGA as an alternative to previous redundancy mechanisms.

“This provides users with an additional possibility for responding flexibly to the wide range of requirements and building high-performance industrial IT infrastructures,” according to Dr. Kleineberg.

“Until now, having an existing network was the biggest obstacle to remote access, but the updates we’ve made enable support through 3G and 4G cellular networks – you just need to have cellular coverage,” said Mark Cooksley, Product Manager. “This capability is especially critical for installations, like wind turbines or wastewater treatment plants, where cellular data transmission may be their only viable option.” 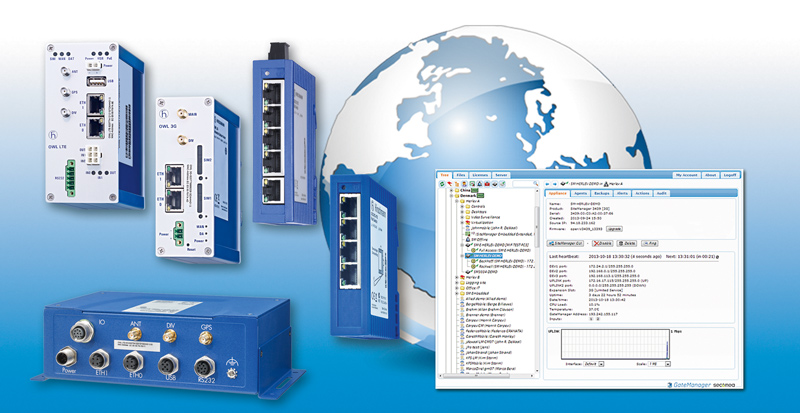 The Secure Remote Access Solution offers instant access for network maintenance or troubleshooting and enables a secure way for many devices to communicate. At the core of the Secure Remote Access Solution is a cloud service to which customers can connect their remote network devices, including the ability to manage the network from personal computers (PCs) or mobile devices.

Versatile Automation Tools Meet Increasing IIoT Connectivity Demands
As IoT was also a huge topic at the SPS Drives show, Belden also announced the expansion and enhancements it had made to the Lumberg Automation LioN-power family streamlines path to Fieldbus-independent and one-device automation. 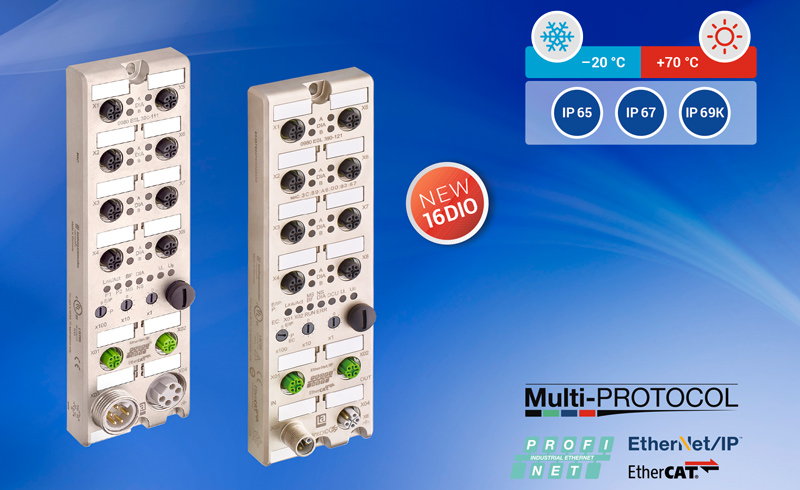 “Manufacturers need economical, straightforward ways to connect legacy systems and build out new networks. And they need the flexibility to manage a wide range of complex in-field automation and control tasks,” said Paul Just, product manager I/O Systems at Belden. “The updates to the LioN-Power family offer maximum versatility and cost-effectiveness. In addition to leveraging standardised protocols, the products feature user-friendly integration and configuration tools that eliminate the need for specialised programming skills.”

Strengthening the already robust monitoring and management capabilities of previous versions, the result is improved availability and security for industrial networks.

In many industrial facilities, Ethernet networks are growing and changing quickly, and it is increasingly difficult to manage and secure them while fault-finding efficiently with precision.

“Network security and efficiency are both top of mind at industrial facilities worldwide,” said Mark Cooksley, Product Manager at Belden. “Industrial HiVision is an important tool for improving them. The latest version builds on an already rich set of security and efficiency functionalities to make it easier to control and act on factors that impact the network as a whole. These include a new Graphical History Display, which provides comprehensive graphical indicators of fault events, as well as easy configuration of time-sensitive networking (TSN) systems with MultiConfig.”

The enhanced capabilities of Industrial HiVision 7.1 allow industrial manufacturers to: