Home > Products > Is the Internet of Things living up to expectations?
IoT

Is the Internet of Things living up to expectations?

Almost every comment on this market pulls out figures such as 26 billion connected things by 2020 (that one was Gartner) or 348 million connected car connections by 2020 (Beecham) and three billion low power WAN devices by 2023 (Machina). In fact, according to the Gartner Hype Cycle, the IoT is at “the peak of inflated expectations.”

However, what does all this mean today? What is this IoT market that is going to take the world by storm and what needs to be done to make it happen?

First, is it really a market? Not everyone thinks so. Take the opinion of Joel Young, Chief Technology Officer at Digi, one of the big players in IoT connectivity products, and a board member of the IoT M2M Council (IMC). He commented: “When you use the term IoT, one of the biggest mistakes is that people describe it as a market. People get caught up in asking what is the IoT market. What does that mean? It actually has no meaning?”

Smart cities
Another term Young hates is smart city. “What the heck is a smart city?” he said. “You have to go to a level deeper - say with a traffic control system. There is a lot of opportunity there as a lot of cities are very backward. There is a great opportunity in parking, finding vacant spaces or making them available on demand.”

Another area in this field is waste water treatment, where he said the cities are only “scratching the surface.”

There have been advances in street lighting, such as dimming them during the quiet times of the night to save energy, with the added benefit that people don’t have lights shining into their bedrooms. However, one of the fears in this area - that it could encourage crime - has actually proved to be the opposite. Having lights that dim and then brighten when activity is sensed in the street has actually proved a deterrent to criminals. 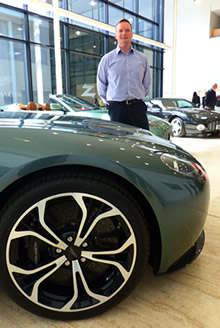 However, Stephen Douglas, Technology Strategy Lead at Spirent Communications, believes these segments should be treated as one rather than split up.

“We have been engaging in smart city projects, especially at the bidding stage,” he said. “But unless there is holistic planning, it segments itself into siloed solutions.”

Key to this, he went on, was engaging with the citizens, making them a part of the move to a smart city rather than something that is happening to them. And this can involve using the devices they carry around with them.

“These are great sensing devices,” said Douglas. “There is a lot of good information on a smartphone. But to get a citizen to give that up, they need to trust you and you need to guarantee their data is private. That is how you will get more people to opt in. The citizen has to see the benefit of what you are doing.”

Other applications
In the consumer world, the customers are by their nature fickle. The usefulness of their connected devices is motivated by entertainment. If it entertains them, they love it, and if it makes lives more convenient at the same time, then even better. And on top of that, it can help their personal well being.

However, the danger is this is not long lasting. They eventually get bored and start looking for new sources of entertainment. “Look at Fitbit,” added Young. “Competitive use is entertainment. You do your 10,000 steps and that might make you healthier, but it is still entertainment, and people can get bored with that.”

When it comes to businesses, the decision to go down the IoT road is more factual, looking at whether it will add to revenue, save money, improve efficiency or make relationships with customers stickier.

“This can be very broad,” he said. “If you connect trains, you make the railroads more efficient; in a quick serve restaurant, you measure the temperature of food so you don’t throw stuff away unnecessarily or make your customers sick.”

One area where IoT deployment is very advanced today is in industrial. “The sheer amount of systems in factories that control and add to big data is enormous,” continued Young.

Retail, a much trumpeted area for IoT, is moving less quickly, though in transaction processing it is already well advanced. “But the big one is the way inventory can be managed and monitored,” said Young. “Much of this is still done manually.”

Moving forward
There are two issues moving forward. One is standardisation and the other is guaranteeing quality of service. On standards, it is a bit of a mess with so many different ways to achieve wireless connectivity and for a while it will be like that. Undoubtedly, as the IoT matures, some will fall away but at this stage it is impossible to say which.

“I am a big fan in letting market forces sort things out,” said Young. “You can’t dictate that you use this one and not that one. Things will work out.”

Douglas agreed: “There is a real alphabet soup of standards out there. This is not going to solve itself overnight.”

Quality of service though needs sorting today, and that can be tricky as different applications for the IoT needs different reliability levels even though they may be using the same technology. A good example is a tracker that can be fixed to both pets and children so the adults in charge can know where either is at any time. These could easily be using the same technology but the quality of service required is different.

Security
The now infamous Jeep hack has raised the whole issue of security in this ever-more connected world. Douglas said that Spirent’s answer was to use the hackers themselves to help.

“Why not use the intelligence of hackers?” he said. “We are using them to attack our systems so we can learn from them. You need to learn what they are trying to achieve.”

For example, he said, a denial of service attack may not be an end to itself but a distraction to keep the IT staff occupied while the hacker finds a back door into the system.

“We have created a security lab in Silicon Valley,” he said. “We have hired eight or nine white hat hackers and we are offering their skills as a service.”

Security
With all the hype, and with real world IoT applications happening here and now, it is probably worth finishing with a more sober note, and this comes from the IMC’s most recent quarterly buyers index, which found that enterprise users, in particular, are lowering their sights over the next 12 months in terms of starting new IoT projects.

“The move isn’t massive,” said Keith Kreisher, Executive Director of the IMC. “About five percent fewer buyers are planning new projects, but it has been consistently moving downwards for the last three quarters. We put at least some of this movement down to global economic uncertainty that began in Q3 last year, but it’s clear that the IoT sector is moving forward with some caution. This runs contrary to many analysts’ predictions of unfettered growth.”

However, whether these predictions turn out to be accurate or pure over optimism, the IoT cannot be ignored. It is not for the future but is happening here and now.