"MicroLED could emerge as a new display application with unique performance benefits”, commented Dr Eric Virey, Senior Technology and Market Analyst at Yole Développement (Yole). “But there are still numerous challenges ahead”. Interest in microLED displays has grown exponentially since the acquisition of Luxvue by Apple in 2014.

Since then, numerous companies have initiated work on the development of innovative technologies: KnowMade, Yole’s sister company identified more than 1,570 patents in the microLED field during the 2000–2016 period. Multiple companies have invested in microLED development but startups including X-Celeprint, Playnitride, Mikro-Mesa, VueReal and Lumiode have been the most active.

The first MicroLED commercial product was unveiled by Sony in 2016 in the form of a small-pitch LED video display where traditional packaged LEDs are replaced by microLEDs. The first consumer killer-app could come in the form of smartwatches, propelled by Apple, and its acquisition of Luxvue. MicroLEDs could also eventually dominate augmented and mixed reality displays thanks to their ability to deliver both the brightness and low power consumption required for the application. 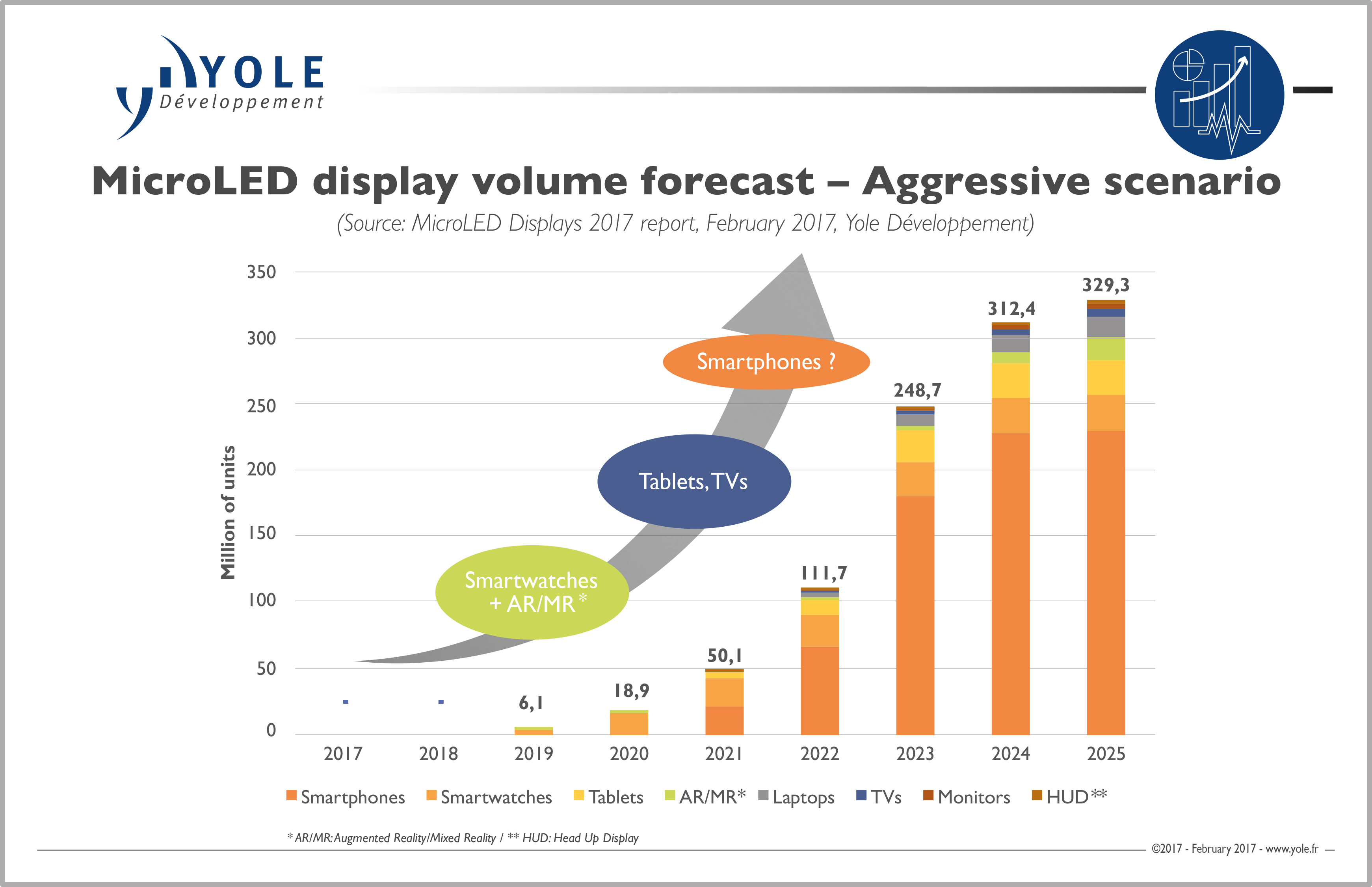 “We expect smartwatches and AR/MR microdisplays to be the first applications for microLED displays,” commented Dr Virey from Yole. “However due to the variety of technical challenges still to be solved, we remain cautiously optimistic and do not expect to see any product on the market before at least 2019 and most probably 2020.”

Moreover initial success in smartwatches could accelerate technology and supply chain maturation, making microLED competitive against OLED in high end TVs, tablets and laptops. Although less disruptive for those applications, microLED would still bring the best of OLED and LCD together. Smartphones will be a tough nut to crack and require further technology improvement in the manufacturing and handling of very small microLEDs (<5µm). In the most optimistic scenario developed by Yole’s analysts, the market for microLED displays could reach up to 330million units by 2025.