Version 2.5 of vADASdeveloper from Vector provides comprehensive support for developers of multisensor applications for ADAS and automated driving. Through graphical configuration of object information Vector's tool quickly and easily visualises sensor data. Users get new display windows and can integrate reference lidar systems in order to simplify the interpretation of object data and the results of fusion.

A scalable recorder solution makes it possible to handle very high measurement data rates of more than 1GB per second that are typical in ADAS environments.

For creating the visualisation of sensor data, a graphical editor simplifies mapping of information from application data objects (position, size, colour coding for object type) to the properties of graphic objects. Several predefined 2D/3D forms and a point cloud object for lidar/TOF cameras enable complete rendering of sensor objects, environmental contours and fused data in a short time, with no or only minimal coding effort. After data has been assigned to the graphic objects, they can be displayed in a synchronised manner in several windows. 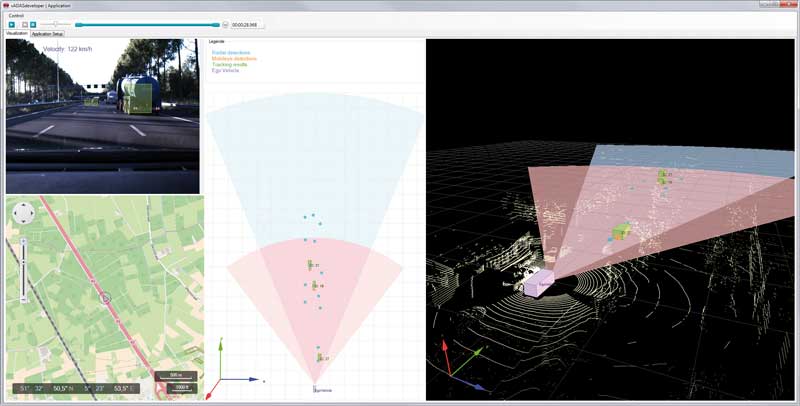 Developers can select from a wide range of new display windows to ease correct interpretation of sensor data and fusion results. For example, the hardware-accelerated 3D scene window from vADASdeveloper visualises a variety of environmental models and reference data. Vehicle positions and location-dependent information are displayed in the OpenStreetMap-based map window. Reference cameras for acquiring data about the vehicle’s real environment can now be calibrated with partial automation. Objects recognised by an ECU can be superimposed on the resulting video image. Thus developers can quickly and reliably verify their object recognition algorithms by visually comparing the object information supplied by the sensors or algorithms with the real environment.

Vector has also added ibeo LUX, ibeo HAD, and Velodyne (VLP-16/HDL-32E) LiDAR sensors to the wide range of input devices supported by vADASdeveloper. Its scalable, decentralised recorder solution, which is already implemented in the CANape measurement and calibration tool, is used to record the steadily increasing quantities of sensor data generated during test drives. Data rates of more than 1GB per second can be realised for XCP on Ethernet, video and raw radar data.

With vADASdeveloper and the modular algorithm library 'create' from Vector’s partner company BASELABS, developers have a high efficiency environment for rapid prototyping of sensor fusion applications at their disposal. 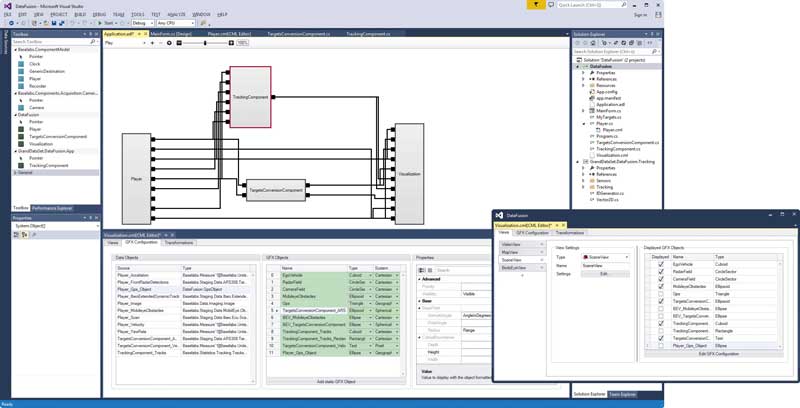