Edge is expanding its edge computing network with its recent launch of multi-device onboarding. Previously people who joined the network by adding their own computer device, were only able to add one host (aka node), but now anyone can add as many devices as they wish and be paid even more as a result of adding this extra spare computing capacity.

The Edge Network now has over 300 hosting nodes in 51 countries across the globe and is growing rapidly (see graph below). These nodes are owned by individuals, who are connecting their devices to the edge computing network, allowing businesses to run their websites and content in a highly secure environment, at a fraction of the cost of existing cloud computing networks.

Joseph Denne, CEO and Co-Founder of Edge said: “Allowing people to add multiple devices to our edge computing network means that we will be able to expedite the growth of Edge’s reach and scale globally. Our existing community has been asking for the ability to add multiple devices in order to earn even more from their spare computing capacity, evidencing the community’s confidence and belief in our technology. This development will lead to more people joining the network, allowing them to monetise under utilised computing power, which in turn will help to drive down the cost of cloud computing as edge computing becomes further adopted.”

Due to its distributed architecture, Edge is a more secure and cost effective alternative to established cloud services such as Amazon AWS and Microsoft Azure. With businesses already using Edge to deliver content and store data, Edge expects adoption of its network to continue growing at a rapid pace via its expanding pipeline of customers. 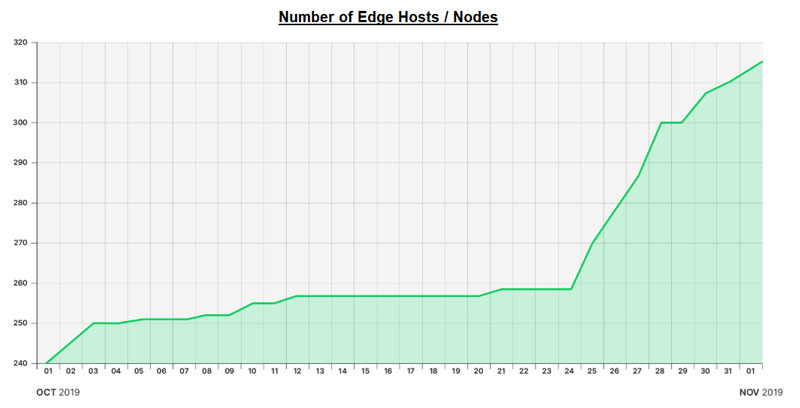