A micro-aerial vehicle is in project focus with surprising components: an actual dragonfly insect being steered to create an aerial vehicle smaller lighter and stealthier than anything that is man made. We are used to scientists wanting to copy insects when engineering the design of aerial items. Well, here the goal of the project is to turn insects into cyborg drones. The research and development project is going on at Cambridge, MA-based Draper.

IEEE Spectrum's Evan Ackerman wrote about the DragonflEye Project. A to-scale picture in IEEE Spectrum shows a dragonfly model with a control backpack. The latter carries its integrated energy, guidance and navigation systems.

Speaking to IEEE Spectrum, Jesse Wheeler, biomedical engineer at Draper and the principal investigator on the DragonflEye program, said the backpack is designed to navigate autonomously without wireless control, harvest energy from the environment for extended operation, "and is a fraction of the weight for smaller insects."

IEEE Spectrum asked Wheeler how his work could be compared with some of the cybernetic insects that have been presented in the past. Wheeler answered that past attempts to guide insect flight used larger organisms such as beetles and locusts so that they could lift relatively large electronics systems that weighed up to 1.3 grams.

Dragonflies are small and agile. Wheeler said they were very robust, too, for their small size. In this project, as reported by Ackerman, practical uses of such dragonflies might be to carry payloads or conduct surveillance or help honeybees become better pollinators.

The Draper site said honeybee population collapsed by half in the last 25 years, and could be equipped with Draper's technology to assist with pollination. "One of nature's greatest pollinators, honeybees contribute more than $15 billion to the value of U.S. agriculture every year. Draper's tiny guidance system could help stem the loss of pollinators by monitoring their flight patterns, migration and overall health."

They are creating a cybernetic dragonfly, said Ackerman, that combines miniaturised navigation, synthetic biology, and neurotechnology. The steering system is a key point of interest. The team took the approach of genetically modifying the nervous system of the insects (optogenetic stimulation) so they can respond to pulses of light, wrote Ackerman. 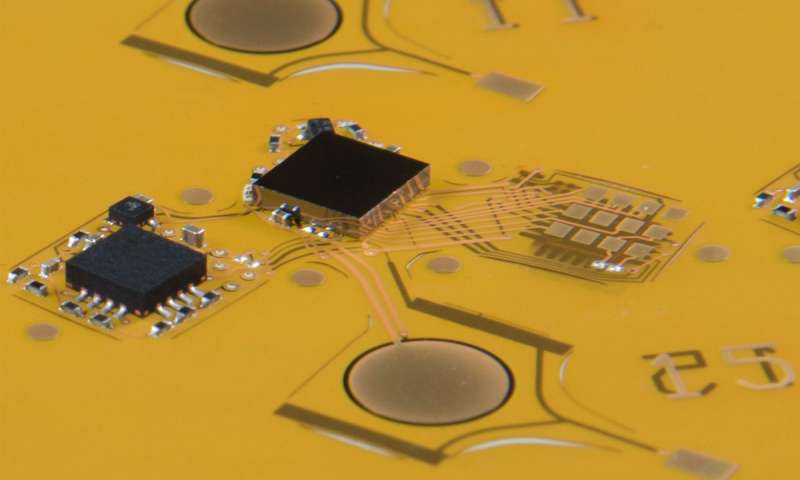 Wheeler said in the IEEE Spectrum report that the approach "will allow us to activate individual neurons with light, which can't be done with electricity." He said the new optogenetic tools "allow optrodes to both monitor and stimulate neurons with far greater specificity than can be achieved by electrodes."

How so? Wheeler said that "electrical fields interact with all neurons in proximity to the electrode, but light will only interact with neurons that have been genetically modified." Their approach toward harvesting energy has also been discussed.

Interestingly, EE Times had this to say about battery life in past research efforts: "Since before the age of electronics, the Department of Defense (DoD) has been trying to turn real insects into surveillance cyborgs—their greatest breakthrough being the implantation of detectors into larvae of insects so that after metamorphosis the mature adult has inside it built-in capabilities impossible to detect with the naked eye. With the advent of MEMS, the DoD has largely abandoned real insects in favor of micro-drones the size of insects. Their biggest problem—aside from the astronomical cost— being battery life."

EE Times said that, in contrast, Draper's dragonfly system has lifetimes "measured in months as long as they have food, water and sunlight."

Speaking to EE Times, Wheeler said, "A unique aspect of the DragonflEye system is that it's designed to be autonomous and can recharge itself from ambient energy sources, like solar power." Wheeler said that efficient energy scavenging from the environment helped to miniaturise the system without having to deal with the problem of accommodating a bulky battery.

Actually, said a report on the Draper Lab site, "DragonflEye has been a team effort between Draper and Howard Hughes Medical Institute (HHMI) at Janelia Farm to create new optogenetic tools that send guidance commands from the backpack to special "steering" neurons inside the dragonfly nerve cord.

HHMI, it said, is applying techniques in synthetic biology to make steering neurons sensitive to light by inserting genes similar to those naturally found in the eye.

They are preparing to equip dragonflies with backpacks in a motion capture room that can monitor their flight movements as data is captured from the navigation system. This will allow them to develop precise onboard tracking algorithms for autonomous navigation, he added.