Last year, ONS figures reported the number of burglary offences hit over 420,000, which is a major concern for businesses, facilities managers and homeowners alike. That’s almost 50 burglaries every hour! Having an efficient alarm system that’s reliable is essential to protect against break-ins. Today, complete alarm system kits are not only affordable but also suitable for any building, no matter the size or location. There are several different types of alarms and security systems available so it’s important to understand exactly what to look for in a security system.

Security fittings
The purpose of a security deterrent is to make it as difficult as possible for burglars to break into a building, whether that’s a home or commercial property. Insurance companies also maintain this point of view. In the case of damage, they particularly look at whether the intruders were almost “invited in” and assess claims on that basis.

So, every building should at the very least, have fittings to prevent criminals gaining easy access into the premises. These simple measures include securing all access points with reinforced panels, locks and a safety catch.

A large variety of alarm systems
Even if your building is adequately protected from a fittings point of view, you should also want to think about installing an alarm system.

Depending on your needs, the range of alarm systems and accessories is quite large. It ranges from simple solutions such as alarmed doorstops and glass breakage detectors (known as stand-alone solutions), to wider solutions aimed at securing larger buildings such as commercial properties and factories.

Your choice will depend on your individual security requirements and conditions around your building.

The basic structure of an alarm system
Aside from the stand-alone solutions already mentioned, alarm systems in principle consist of the following three components:

Good alarm systems also have additional features such as automatic light control that kicks in when you are on holiday.

Types of alarm systems
Alarm systems can be categorised according to the type of connection between the components:

Many manufacturers offer starter packs. In addition to the compulsory alarm control panel, they contain a few alarm sensors (such as motion detectors and window sensors). Before making your decision, check whether the quantity of sensors supplied is sufficient for your needs.

Smart alarm systems
Smart models are easy to install and come with a lot of features. They secure entrances such as windows and doors, control cameras and simulate human presence. At the heart of such systems is usually a base station that is connected to the wireless router. The sensors can then be distributed around the whole building and paired with the system.

Everything at a glance: Video surveillance
Video surveillance is now accessible to everyone. Whether you want to check the home or workplace – more and more individuals are monitoring their properties. The idea behind this: clearly recognisable video surveillance is primarily intended to deter opportunist burglars effectively because they search specifically for poorly-secured buildings, which they can enter as safely and quickly as possible. A surveillance camera, ideally in combination with well-visible signs, indicates an additional obstacle.

Smart surveillance cameras offer several advantages and the set-up is no longer just for professional technicians. For most models it is extremely easy and can be done in a few minutes. Add to this the attractive prices as smart home security starts at less than a hundred pounds. Even those who want weather-resistant HD cameras and infrared LEDs for night vision can do so without the need to invest a lot of money.

Full control: Smart door locks
You know the situation; a family member or colleague loses their key and the trouble starts. Within a few hours all locks must be completely replaced, and all persons equipped with new keys. After all, a dishonest finder could use the key to get into the premises.

A smart cylinder lock prevents this stress and hassle with easy-to-install systems available. These systems are installed from the inside of the door. Then the smart door lock can be conveniently opened or locked with a registered smartphone. Just as new “keys” can be set up easily in the form of smartphones or transponders, they can be deleted again just as quickly. This generally takes only a few seconds rather than hours via traditional keys. 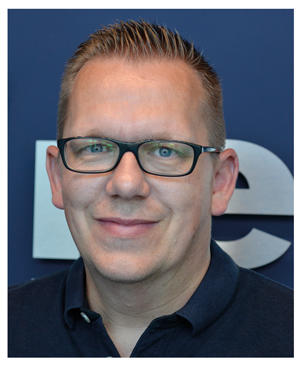 For anyone who likes to be in control, smart locks are an interesting concept. The “master keyholder”, i.e. the person who set up the lock, is completely in control. Only they can grant other people access. In addition, they can usually check when someone had access to the building because such information is precisely recorded to the minute in the app. You can, for example, see when the cleaner entered and left the building after official office hours, to check if there were any issues or there was a safety problem.

Protecting the WiFi
As a smart security system relies on an efficient WiFi connection, it is of vital importance that this network is kept protected too. It’s concerning that there are still people who use simple passwords like ‘1234’ to gain access to their WiFi. Practices like this can give criminals easy access not only to your WiFi, but also every appliance that is linked to the system including thermostats, alarms and connected computers.

So, to avoid being hacked and better protect your home, here are a few simple steps you can take:

With so many efficient and affordable alarm systems available, it is possible to take every precaution to deter burglars. With burglaries reported at almost 50 every hour, we recommend looking into all options and making sure you’re doing everything you can to make your premises as secure as possible.