If inspiration fuels innovation, you will struggle to find a working environment any more inspirational than that of 3D printing innovator OmniDynamics. The company’s Operations Manager, Stephen Lloyd, talks about how a third-year university placement turned into a product that hit its crowdfunding target in just 11 hours.

The Bristol Robotics Laboratory houses a range of research projects, spinouts, and start-ups, in a large facility buzzing with technology innovations. Alongside the inspiration, the lab also gives its occupants access to a wealth of experience and resources, to help stimulate technology start-ups. In our short walk to OmniDynamic’s space, we saw swarming robots, cutting-edge drone technology, robotic prosthetics and a lot more we couldn’t even fathom. So it was easy to see why the company’s founders, David Graves and Gregory Gruszecki, wanted to take the plunge and go down the self-employed route when they needed to find a placement for the third year of their robotics course.

The team initially planned to develop mine disposal robots, which was tied to the work they were doing on their degree. But when they started to use Fused Deposition Modelling (FDM) based 3D printing to prototype parts for their early designs, they hit upon an idea that took them in a completely different direction. As they produced prototype parts with a 3D printer, they experienced some failed prints that would result in wasted plastics. They also quickly realised that the cost of printing the parts was quite high, mainly due to the expense of the raw material for FDM machines - spooled plastic filament. Hoping to find a way to reduce waste and bring down costs, the OmniDynamics team looked to see what solutions were available.

There were devices on the market that let users turn cheaper plastic pellets into the plastic filament their printer worked with, but they were very raw. Like early 3D printers, they required significant fine-tuning and a relatively high level of technical knowledge. But this was at a time when the ‘home’ 3D printing industry was trying to move into a more mainstream space, with products closer to plug-and-play that would appeal to a wider customer base. It quickly became apparent to the OmniDynamics team that there was a gap in the market for a more user-friendly filament extruder, that could keep a user’s costs lower and meet a growing demand for recycling. This realisation offered them an exciting opportunity.

Armed with this idea they set about the design of a consumer ready filament extruder - a device they would market as the 'Strooder'. It was a complex design, but there were three key areas the OmniDynamics team focused on. The size of the machine, the need to manage heat - with the plastics needing to exceed 250°C to be formed - and th aesthetics of a device people would be happy to have in their homes alongside increasingly well-designed 3D printers.

The size was a key factor. In a typical filament extruder, plastic granules are moved from a hopper into a heating chamber where they are melted before being pushed out of the device through a precisely sized nozzle  1.75 and 3mm in the case of FDM printers. In traditional devices this is done in line; a motor turns an auger to move the plastic into the heating chamber and then out of the nozzle.

So, to reduce the device’s footprint, the OmniDynamics team designed a gearbox that allowed the motor to sit parallel to the auger and heating chamber. This cut the minimum length by around half.

The heat challenge was also critical. To avoid melting the plastic too early, one end of the pipe down which the pellets travel has to stay below 100 Celsius while the other, at the nozzle end, is at 250°C. And this is being managed within a small plastic box. Several solutions were trialled, including heat sinks, but the final solution was achieved with the design of a heat break. The pipe was split into two sections, and a specialist plastic was placed between them. The plastic’s low heat conductivity rating created a barrier which significantly reduced the heat transfer.

Recognising the significance of aesthetics, OmniDynamics called on the services of a design consultancy, also based in the Robotics Lab. The consultancy worked with the team on the external design and some aspects of the internal design.

During the early stages, the business was funded by several sources including bootstrapping, grants from the university, awards and tax credits. Once the OmniDynamics team had a working product in prototype, that they were happy to take to market, they had to establish how to fund the next stage of development and to get production ready. They had followed many projects on Kickstarter and knew how engaged the 3D printing community was with the platform. So this was clearly the obvious choice. 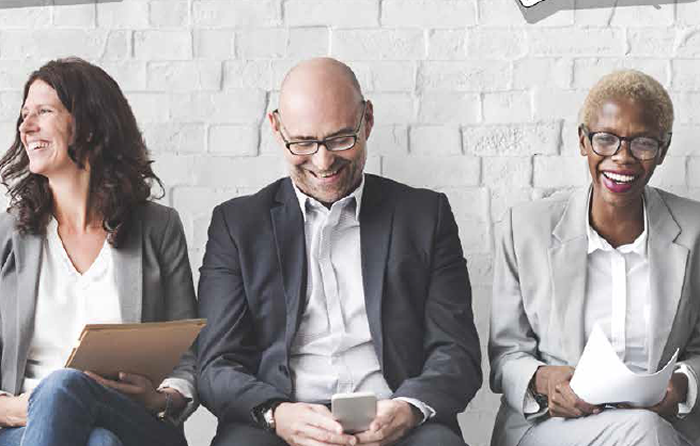 They set the project up on the Kickstarter platform with an initial target of £20,000 and, at 6pm one Tuesday, they pressed the button to send it live.

Within a few minutes, they had raised £1,000. A few minutes later they had a few thousand more. The figure kept rising, and they were sitting watching the screen constantly hitting the refresh button. Of course, being robotics engineers that was too manual for them. So they quickly set up a servo to push the button every few seconds and sat back to monitor progress.

The team sat through the night and within 11 hours they had hit their target - with 29 days yet to go in their campaign. By the time the 30 days had passed the campaign closed at more than £64,000, more than three times their initial target. While the OmniDynamics team were excited, they were also a little nervous. The success of the campaign was a fantastic validation of their idea. But they quickly realised they had to produce 300 Strooders instead of 100 and had customers in 42 different countries.

Stephen puts the success, in part, down to the marketing they did around the campaign. “We worked with another spin-out from the university, Crowd Reach. They specialised in marketing crowdfunding campaigns and helped us spread the word,” Stephen said. “We were also able to get great coverage across some industry magazines and blogs, which we know was a real benefit. But key, from our experience, was video. If a picture is worth a thousand words, a moving picture is worth so much more. A video is almost expected these days, and for a product like ours it’s significantly better at showing how it works.”

Once the campaign was closed, their next step was the one thing Stephen admitted they would do differently. Fuelled by the demand, and the breadth of the interest, they felt a need to increase the quality of the product and set about improving various aspects, including the aesthetics and the components used. New staff members were brought in for their placements and challenged to develop some of the internals including designing a bespoke auger.

In hindsight, the team realised that this added in delays and increased costs. Stephen and the OmniDynamics team now understand they should have produced the designs they had promoted, rather than inject delays into the project.

However, they do believe the crowdfunding approach was the right one. “It has been an invaluable experience, we have learnt a great deal, and it has given us an amazing start to the phase where we take our product to market,” Stephen added.

The team have now set up production, which they have brought in a partner to support, and are starting to deliver products to Kickstarter backers. Meanwhile, they are working on raising further investment to move the product beyond the initial production run.

And they are working on the design of companion products for the Strooder. One is a spooler, designed to wind the filament onto spools as it comes out of the machine. The other, called the ReStrooder, is a device to shred failed prints and larger pieces of plastic into particles small enough to be fed into the extruder.

So next time you are looking at an empty plastic bottle and wondering what it might become, you could consider what you would make it into.

OmniDynamics has worked with Breakthrough funding, a company that helps UK SMEs achieve R&D tax credits - a government scheme created to enhance and reward innovation amongst UK businesses. Could you be eligible? Click here to learn more.