By using 3D printed tools, jigs, and fixtures, Volkswagen Autoeuropa reduced cycle time operation, labour, and the need for reworking, while improving tool ergonomics. Furthermore, they achieve this at a tenth of the usual cost, the company estimated that they were on track to save €325,000 by the end of 2017.

With Ultimaker’s 3D printers, Volkswagen Autoeuropa could test solutions without having to contact suppliers, saving considerable time. As a result, purchasing costs were reduced by 91% (when compared to working with external suppliers), implementation time cut (95%), ergonomic improvements were made, assembly processes and quality indices improved, and potential problems were easily anticipated at the concept stage.

The company’s short-term goal is to create more prototypes, gauges, tools, and spare parts in-house, reducing development time and acceptance testing even further. Ultimaker provides the flexibility and autonomy for continuous improvement, with a direct impact on ergonomics and quality. In the future, they look to further expand on these benefits – with the production of large series which will be applied to the final product.

Before working with Ultimaker, Volkswagen Autoeuropa used third-party suppliers to manufacture their tools. The process took several weeks, especially when multiple designs or assemblies were required. It also meant more paperwork, quotations, and the adoption of a trial-and-error approach, all of which were holding up the tool manufacturing process at additional cost.

After validating the concept in 2014, Volkswagen Autoeuropa now has seven Ultimaker 3D printers in operation, with 93% of manufactured tools previously made externally now created in-house. Within two years, their assembly-tooling cost savings rose from 70% to 95%. As a result Volkswagen Autoeuropa can now avoid processes that waste the company’s time and money, which benefits the team and improves the final product. 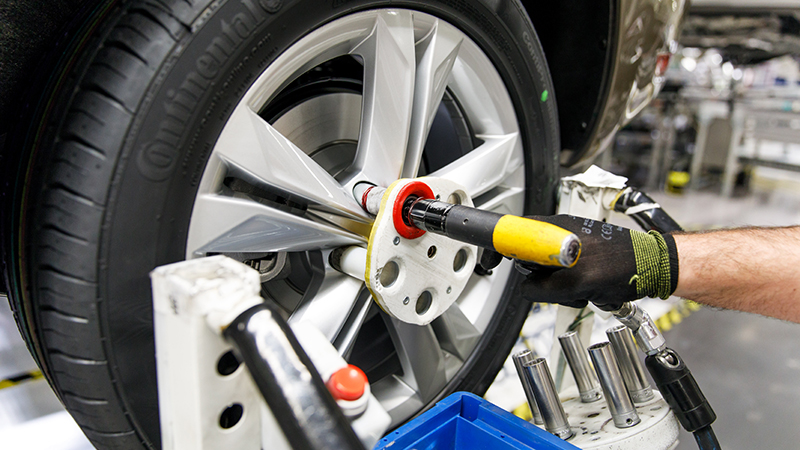 Luis Pascoa, Pilot Plant Manager at Volkswagen Autoeuropa, said: “It’s a simple process – we just convert our idea to a 3D file, send to the 3D printer, post-process the part, evaluate with functional testing, and finish by implementing the idea.”

Volkswagen Autoeuropa was able to make concepts a reality in-house, 3D print concepts on the same day as design and reduce the costs by testing prototypes rather than redesigning or altering an existing mould.

The reduction in time taken and cost to produce prototypes led to a higher ROI. Innovative 3D printing enabled them to test construction and assembly tools, reduce their development times by 95%, and avoid the process of dealing with suppliers. By printing prototypes in-house, Volkswagen Autoeuropa achieved a 91% cost reduction.