Female engineers on paving the way to parity

Electronic Specifier spoke to two female engineering students about their experiences before and during their degrees. Hepzi Rattray is currently in her fifth year studying Civil Engineering at the University of Glasgow, and Zoe Hatton is a third year Mechanical Engineering student at Imperial College London.

When asked what drove them towards engineering, Hepzi explained that due to her mum’s occupation as a doctor she has always had a scientific background. She added: “I definitely didn’t want to be a doctor though. I did A-level Physics because all my friends did it - 30 girls across our year in total. Prior to us, only three girls took Physics. Just before we made our choices a cool engineer came in from an NGO. He talked to us about his work making dams in slums in Africa and was really inspirational and ‘normal’.” 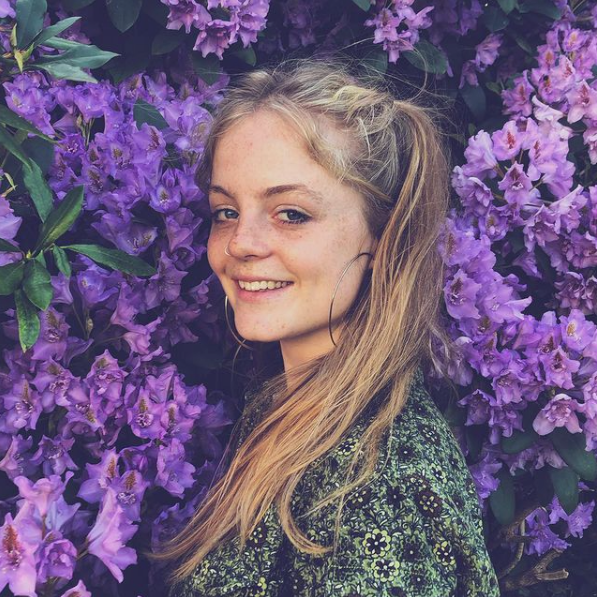 Hepzi’s reflections echo common misconceptions of engineering as ‘nerdy’, demonstrating the significance of challenging such stereotypes. Creating STEM role models that can influence younger generations and girls will inevitably widen the funnel for recruitment to degrees and the workplace. These inspirational figures will explode the myth that engineering is unachievable except for the few and can ignite, or further passion for STEM subjects.

To glean a clearer picture of the factors that may have influenced their decision to study STEM, Hepzi and Zoe were given information about a business called GoldieBlox. The company was created by Debbie Sterling and aims to maintain young girls’ interest in maths and science, which supposedly begins to dwindle at six years old. The company creates fun toys and books which are gender-neutral and encourage continuous interest in STEM throughout child development. Sterling theorised that young girls are slower in acquiring spatial awareness, basic building and assembling skills because of the toys, such as dolls, that they are given. In contrast young boys, are often given Lego to play with, piquing their interest in STEM.

Hepzi whole-heartedly agreed with the theory, noting that from a young age she was given Lego to play with, and recalled working with her dad to create a lock for the attic door. She added: “I even had a book with inventions of my own making.”

Zoe concurred, her family subscribed to conventions such as the male breadwinner. She also observed a subconscious gendering of hobbies and roles in the household, sharing memories from her grandparents’ house where she would bake with her grandmother, but her brother would be taken outside to play football or help to fix things. Zoe recalled stealing her brothers’ toys and Lego. As she developed an aptitude for maths. She felt a positive push from her dad who wanted his daughter to be the first in his family to attend university.

Despite differences in upbringing, both girls chose to pursue engineering. Could this mark a considerable shift in girls’ attitudes towards STEM, and a fiery new generation prepared to overcome adversity? Yet, a problem persists as countless women share their experiences in the workplace, and rising levels of ‘imposture syndrome.’

Only woman in the room

When asked which issues highlight gender difference the most in the classroom, Hepzi and Zoe both thought that a woman’s personality can affect their success, more than a man’s might. For example, Zoe noted that as a loud girl she didn’t feel that she was spoken over often. She continued: “You shouldn’t have to be that type of woman not to experience sexism in engineering. I say things loudly and can be dominating, but there are quiet girls that are spoken over more than a quiet boy might be.”

This cultivates a culture of ‘sink or swim’, one in which the level of noise you make determines your achievement. Zoe said that when she manages group projects, she makes a concerted effort to invite quieter members, particularly girls, to voice their opinions. She noted that this is not a tactic used by all group leaders. Perhaps more senior managers should seek to set inclusive practices to encourage women? 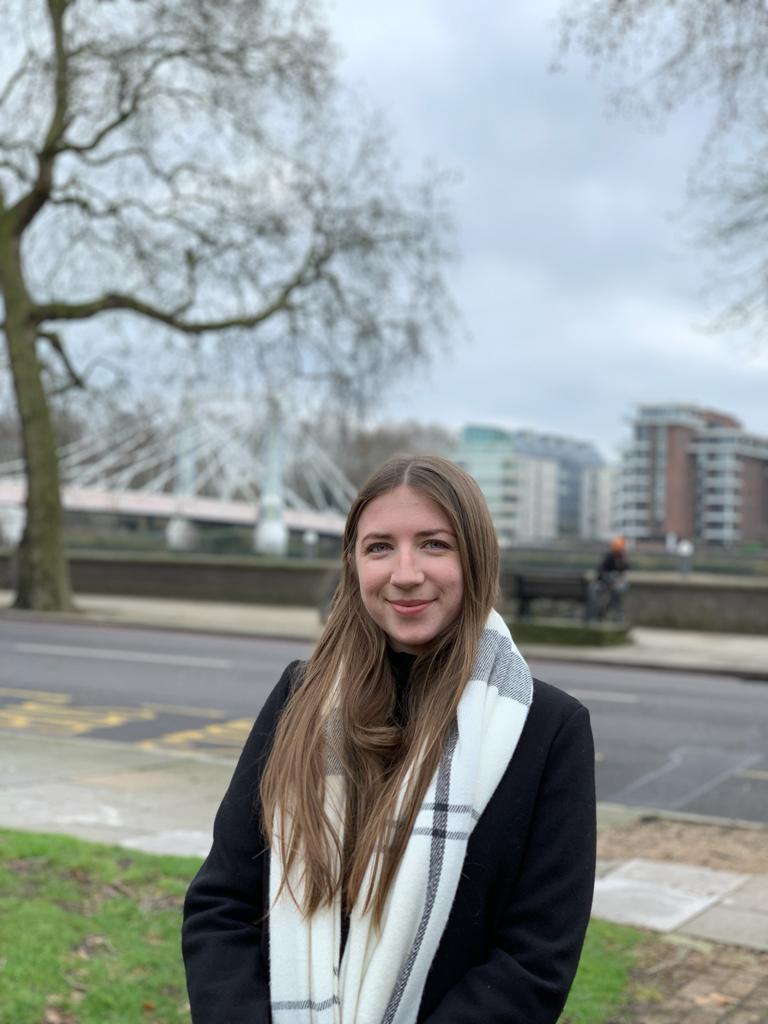 With the necessity for women to speak up comes a contradiction. Hepzi discussed peer-assessments and said: “Sometimes I’ve definitely worried about finding the balance between being friendly and supportive, but also wanting it to go well. You finish a meeting and question ‘Have I been too bossy’? I wonder would boys worry about that.”

Both also talked about the way that men are more likely than women to volunteer themselves for leadership roles in projects. Hepzi said: This parallels recruitment

Women made up no more than a quarter of the cohort on both Hepzi and Zoe’s courses. Statistically, this means that for the average group project of four people, it is likely that there will only be one female.

Zoe expanded: “The main thing I notice about being a woman in engineering – and I don’t think this is directly pushed by the boys – is, if I’m in a group of only men and I make a mistake, it feels like all women make that mistake. Whereas, if a guy makes a mistake, one of the other boys will just correct it and all boys haven’t made a mistake.

“You really feel like you’re representing your gender. As I say, it’s not something the boys intentionally do, but it’s something you notice from being the only type of person in the group.” She added.

Electronic Specifier sent a questionnaire to female students in Key Stages 4 and 5 that had opted to study one or more STEM subjects. The answers help to gauge a better image of contemporary attitudes in the next generation of potential female engineers.

When told that 35% of Higher Education STEM students are female, the students were asked if this made them more or less likely to apply to a STEM-related degree. 85% answered ‘more’, and the other 15% said ‘same’, with nobody selecting ‘less’. “This makes me want to level out the percentage and prove that this can change and set an example to younger girls.” Said one respondent.

This indicates that STEM is attractive to younger women, and they have not yet been discouraged from pursuing it. The challenge is now in retaining talent and interest. In order to do this, academic structures and the workplace must adapt.

Societies at University seem a good place to start. They can offer a safe space for minority students to discuss their concerns. Zoe recently co-founded the ‘Women in Mechanical Engineering Society’. Prior to this, her university already had an all-encompassing society for women in STEM, which could be problematic. She said: “This included subjects such as biology, chemistry and medicine, in which women are not a minority.”

Whilst critics have argued that creating female-only spaces further alienates them and emphasises difference, Zoe defended her society: “We try to help the girls to meet other females within the department, something that can be difficult without a form of intervention. We also work with the older students who can offer advice in areas such as group projects where you might be the only girl in the group.

“The society stemmed from complaints during design projects, where some women felt spoken over or deemed lesser because of their gender. We created it so we could all speak about our experiences together, advise younger students, and hold informative, industry events about sexism and imposter syndrome in the workplace.”

Zoe and Hepzi were asked to look towards the future and discuss positive actions that could encourage women and men working together.  The issue of positive discrimination was raised. This is a topic laden with controversy.

Zoe, for the most part, was against it. She said: “You don’t want your peers to think you got the job because of that.” However, she advocated for more passive forms of representation that she embraced, giving the example of her textbook which featured a woman in a hardhat on the front cover.

Hepzi was conflicted over her feelings for gender quotas. She said: “It’s definitely beneficial to see someone of your gender, race or religion in a position of power. But to know there might be someone more skilled than you, and you were only picked for your gender, then you may get a worse sense of imposter syndrome.”

The pair also considered counter arguments, and Zoe mentioned that she hates when people congratulate her for studying engineering as a female. She said: “They exclaim, ‘That’s good! People love to hire a woman.’” This suggests that even when women are awarded on the basis of their ability, there will always be someone questioning the reasoning. Perhaps this will be the case until the STEM sphere reaches true gender parity, masking the case that gender quotas could make meaningful and positive long-term effects.

Collaboration is a must

In order to reach a state of equality for both sexes, men and women must work collectively to make STEM spheres a safe and comfortable space for everyone. Open conversations that invite minority, and often quieter, voices to speak will pave the way to parity. Men must listen to their female peers. This may mean acknowledging that sometimes they unwillingly dominate the discussion.

In representing all voices, problem-solving and results becomes better. Having an array of potential solutions is surely better than limiting yourself. Bringing men and women together will produce more efficiency in decision-making, both in academia and the workplace. This, in turn, inspires the next generation and displaces traditional gender roles.