Imagination Technologies reports that an impressively broad range of products at the recent International CES 2015 incorporated one or more of its technologies, reflecting a growing recognition of Imagination’s higher quality graphics, audio and video; high-performance and highly-efficient processing; and on-chip connectivity.

Imagination’s technologies were at the heart of products ranging from the most embedded smart devices for automation and control to the latest high-resolution entertainment products, and featured in notable SoC launches at the show from Actions and RockChip.

On display at CES were some of the latest TVs with PowerVR technology. Imagination demonstrated next-gen 4K user interfaces on an LG smart TV and up to four HD streams being manipulated using advanced graphics effects to deliver an outstanding user experience. Also on display were a TV from S2-Tek that uses a demodulator chip for DVB-T2 and DVB-S2 based on the Ensigma Explorer RPU, and a soon-to-be-released OTT streaming device that features a Toshiba chip with PowerVR graphics and video as well as Ensigma Wi-Fi 802.11ac 2x2 connectivity.

During the show, Google announced that it is working to reimagine the living room alongside an ecosystem of TV partners, highlighting Imagination as key participant in its Android TV initiatives.

Many of the latest smartphones and tablets announced at the show make use of Imagination’s high-performance, efficient PowerVR graphics and video technologies. Products with PowerVR video included the Acer Iconia One 7 B1-750; E-Fun Nextbook 8”; FuHu DreamTab; HP Stream 8; Huawei Honor 6 Plus and Ascend P7 flagship phones; Lenovo Yoga Tablet 2 10” (1051F), 8” (830F) and Pro 13” (1380F); Ramos i9s and SurfTab xintron i 7.0.

Products with PowerVR GPUs included the ASUS Fonepad 7 (FE171CG), MeMo Pad 7 (ME572CL), and Zenfone 2; the extremely thin Dell Venue 8 7000 Series tablet; Lenovo P90 phone; KD Kurio Tab (Kurio Xtrem); Illumination Minion Pad and Tectoy Disney Frozen Tablet. In addition, the Nokia N1 tablet was made available for pre-orders during the show, selling 20,000 units in just four minutes, as reported by Nokia on its Weibo social media channel, with around half a million others wanting to buy.

Imagination’s customers also unveiled chipsets using PowerVR Rogue GPUs for tablets, including the Falcon Series ATM9009 from Actions Semiconductor, a 64-bit quad-core solution for high-end Android tablets and OTT set-top boxes; and the RK3368 from RockChip, a 64-bit octa-core SoC for tablets and 4K UHD media players. Imagination’s IP was included in the Motorola Moto360 smartwatch, which features a PowerVR GPU, and MIPS-based smartwatches including the GEAK Watch 2.

Automotive products at CES which made use of Imagination IP included the Ford SYNC 3, a connected communications and entertainment system that incorporates TI’s Jacinto automotive SoC featuring a PowerVR GPU.

Other demonstrations included the latest Kanzi dashboard UI from Rightware on platforms with PowerVR GPUs including the Renesas R-Car H2 and TI Jacinto 6 platforms. In addition, QNX Software showed an ADAS system, infotainment system, and digital instrument cluster in a QNX reference vehicle based on a Jeep Wrangler, running on the Jacinto 6 processor.

CES attendees could see a demonstration of a variety of smart home applications running on the MIPS-based Securifi Almond-2015 router, through which Zigbee enabled functions can be controlled via a touchscreen or connected app on Android and iOS devices. Imagination’s FlowCloud device-to-cloud technology was demonstrated in healthcare and smart home applications, including a home heating control system built on the chipKIT WiFire development board which features a MIPS-based PIC32 MCU from Microchip Technology.

In addition, Imagination showed its HelloSoft HD video, VoIP and echo cancellation software integrated with its mobile FlowTalk client software running on devices including Android and iOS smartphones and tablets. The EVQM (Enhanced Voice Quality Management) and DVQM (Dynamic Video Quality Management) algorithms ensured superior voice and video quality even in the crowded wireless environment at the show. Imagination’s WebRTC and VoIP software was also demonstrated embedded in a home gateway and a MIPS-based IP camera.

Imagination demonstrated the latest PowerVR Rogue graphics features, including 4K textures, high-triangle throughput, physically based lighting, HDR rendering and hardware tessellation on products including tablets, smartphones, smartwatches, smart TVs and OTT set-top boxes. In addition, Imagination showed hybrid rendering with ray tracing running on a PowerVR ‘Wizard’ development platform. Using the Huawei Honor 6 phone, Imagination showed how H.264 video can be played back, captured by a PowerVR video encoder and sent over the network to a receiver via Miracast with exceptionally low latency.

The connected products of tomorrow are only as secure as their weakest links, making Imagination’s hardware virtualisation based multi-domain security a must for next-gen connected products. Multiple hypervisors including the FEXEROX hypervisor from SELTECH were demonstrated on a MIPS M5150 platform, showing how virtualisation-based security enables multiple operating systems to run separately and securely on one CPU. 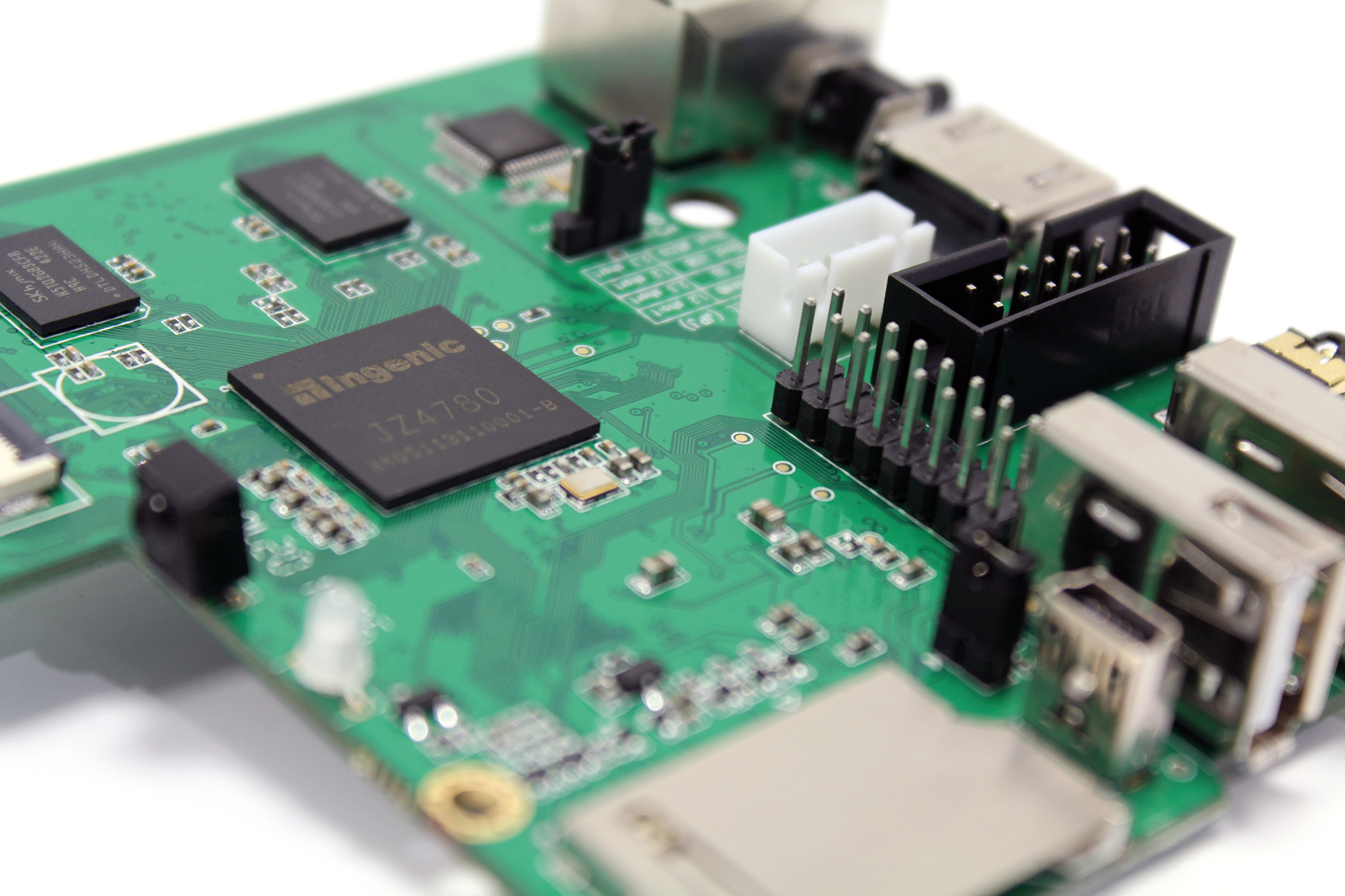 The recent announcement of the Creator CI20 development board continues to stimulate tremendous interest with schools and universities as well as developers and entrepreneurs worldwide. Projects demonstrated or developed on the MIPS Creator CI20 development board at CES included a wide range of Linux desktop and Android applications running at full HD resolution, such as OpenArena and the popular VLC media player.

Tony King-Smith, Executive Vice President of Marketing, Imgtec, said: “It’s been a great start to the year for us. At CES 2015 we saw more ‘smart’ and connected products than ever before using our technologies, including a number of IoT and wearable products as these segments begin to ramp volume. In home entertainment, CES confirmed there is an overall move toward studio-quality audio and video, migration of 4K TV to mainstream, and growing interest in 8K, along with the re-emergence of OLED as a potential volume TV display technology. These trends all point to the growing demand for Imagination’s scalable technologies and customisable platforms that enable differentiated products as well as feature and performance leadership.”

The next opportunities to see Imagination will be at Embedded World, Mobile World Congress and the Game Developers Conference, where further announcements will be made around SoCs and end products using Imagination’s IP.