"During the past couple of days a number of our employees voiced concerns over the growth of the virus in their home cities around the world. We began using our own machine learning algorithms to track it, and quickly realised that lending the use of our technology to the global public is the minimum we can do to help during this very difficult time,” said David Drai, CEO and Co-founder, Anodot.

“We will continue to look for other potential insights we can offer and hope the information will aid people’s decisions, as so many of us are grappling with whether commuting to work, travelling or attending large events puts ourselves and our families at risk.”

Anodot is running its algorithms based on publicly available data derived from The Center for Systems Science and Engineering (CSSE) at Johns Hopkins University. 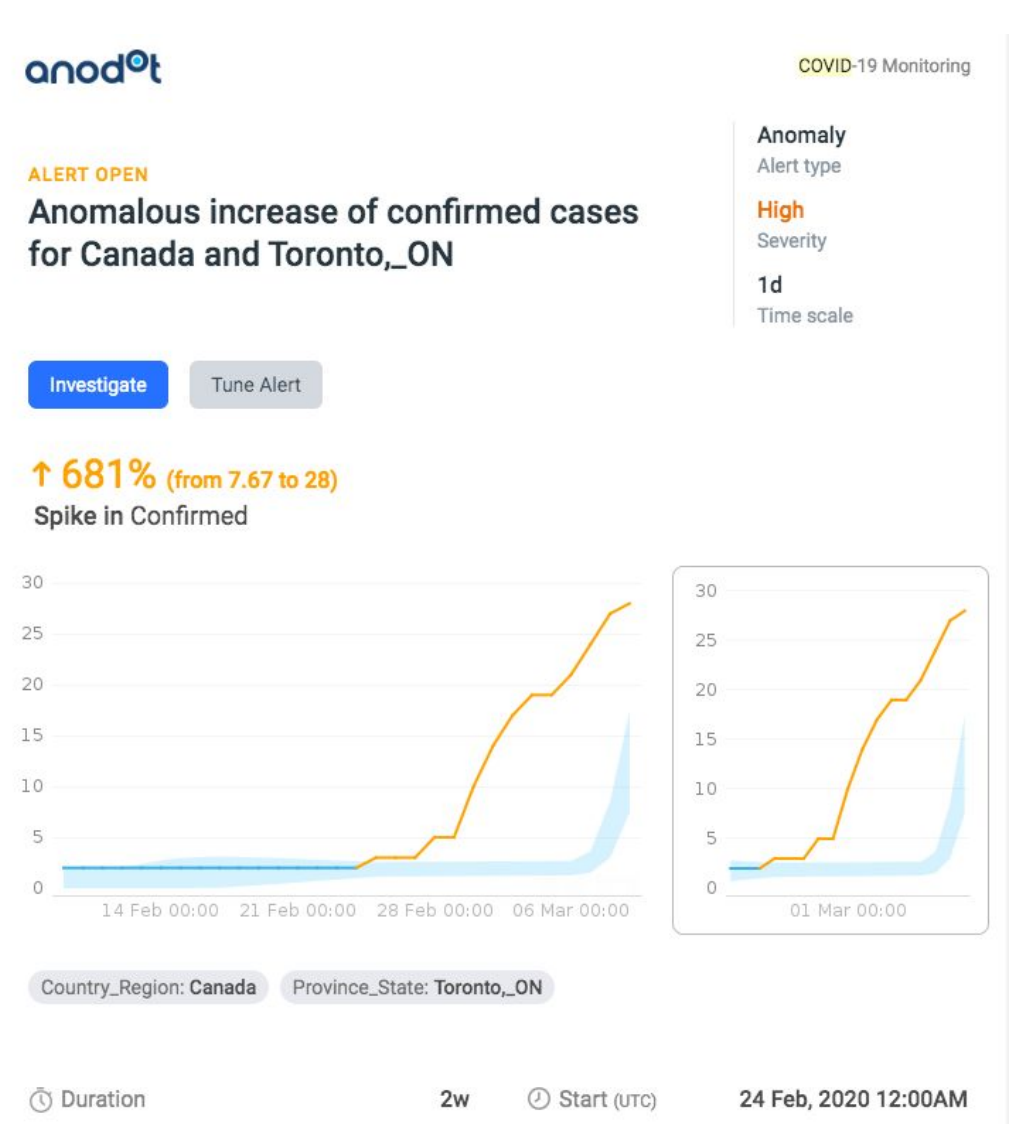 (See image 1) The blue line indicates the number of confirmed COVID-19 cases in Toronto, Canada. That number surged abnormally, as marked by the yellow line, from fewer than five cases starting on February 24, 2020 to nearly 30 cases by March 9.

"It’s crucial to monitor the rate of newly reported cases and not only the absolute number to better evaluate the situation," said Ira Cohen, Chief Data Scientist and Co-Founder, Anodot.

The company’s monitoring has already identified the following insights:

1. If the numbers from China are correct, they are well on the path to containment.

2. While Italy and South Korea have an overall similar number of confirmed cases, South Korea has managed to reduce the infection rate over the last week, while the rate in Italy is still increasing (see attached graphs).

South Korea also has a much lower mortality rate (0.68%) vs. Italy (~5%), which may be due to having implemented widespread testing. 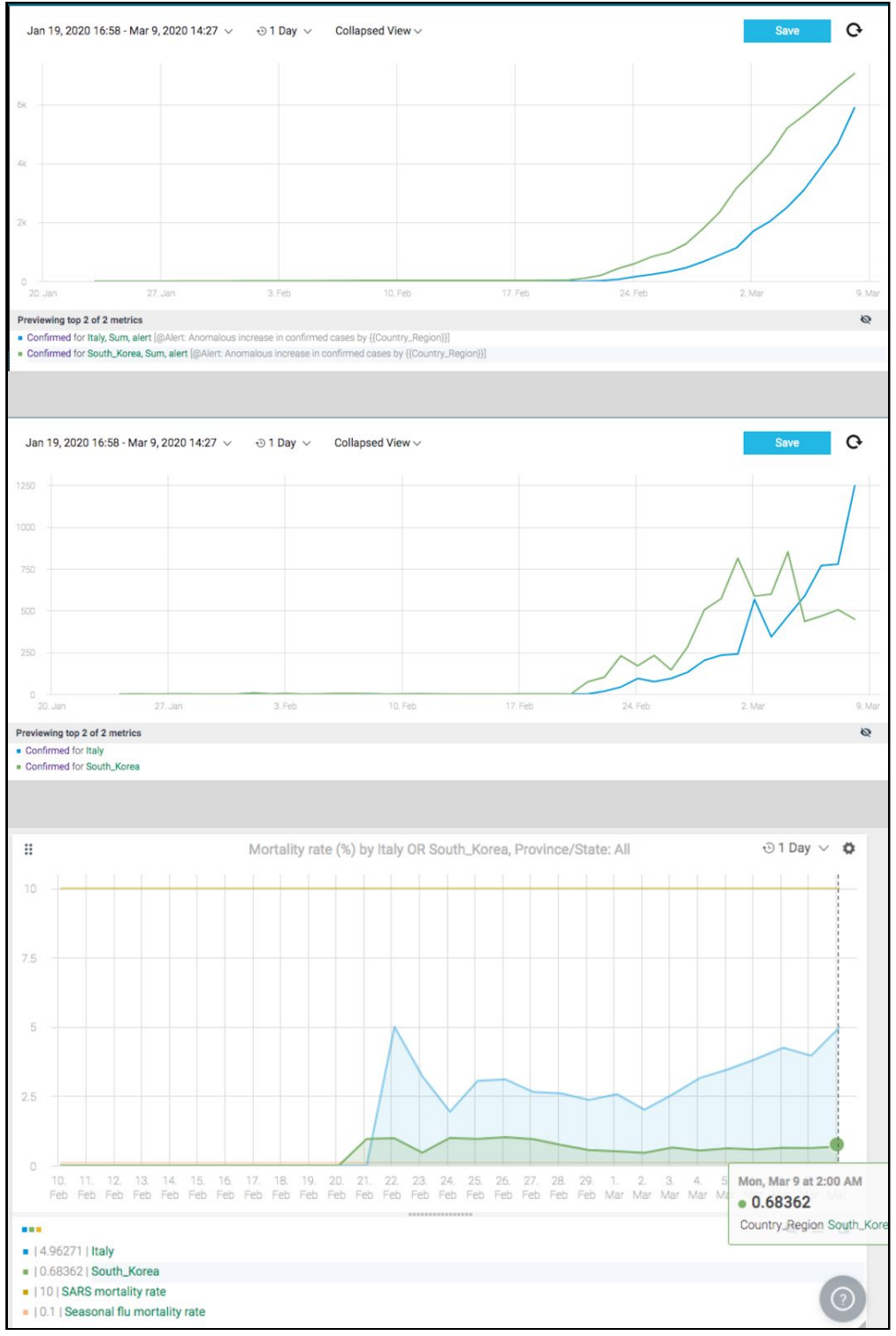 (See image 2) In the first graph, the total number of confirmed COVID-19 cases in both Italy (blue line) and South Korea (green line), appear to undergo a surge around the same time period, 21st-22nd Feb, 2020, and with approximately the same number of cases thereafter.

The second graph illustrates the total number of confirmed COVID-19 deaths for both countries, and how they both begin following the same trajectory until 5th March, when South Korea experiences a sustained drop in fatalities.

In the third graph, which depicts both countries’ mortality rates, despite the total number of cases that both countries appeared to share at the start of the outbreak, South Korea’s mortality rate has never risen above one percent, while Italy’s has been between 2-5%.

A selection of News & Analysis articles for further reading