It is safe to say that WDS Component Parts were delighted at the first successful public test run of Bloodhound SSC, the British built supersonic land speed record car. RAF Wing Commander and current land speed record holder, Andy Green, ran the Bloodhound from 0 to 200mph in eight seconds at Newquay Airport this October, providing 3,500 spectators with a 180 decibel taster of what the vehicle will be attempting in South Africa.

WDS has been involved in the project, providing sponsorship support and bespoke angle plates for use in assembly jigs for the car’s front and rear suspension.

Building on a rich British tradition of pushing the limits of what’s possible on land, Bloodhound SSC expands on the legacy of Thrust SSC, the first land vehicle to successfully break the sound barrier in 1997. Bloodhound SSC aims to eclipse this record, with the Bloodhound team setting a final goal of cracking 1000mph, an astonishing 447 metres a second. The one-mile-pass attempt will be carried out on the dry Hakskeen Pan lakebed in Northern Cape during 2020. 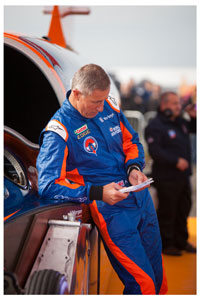 WDS’ contribution is of particular importance, as the suspension will have to withstand forces of up to 30 tonnes during the record attempt. Suspension set up is critical to the success of the run and the safety of Andy Green, as even the slightest inaccuracy could cause the Bloodhound to enter a terrifying high-speed drift - a widely noted issue with land speed record cars of the past. To overcome this, the Bloodhound team has selected a double wishbone suspension system similar to that used in Formula 1. 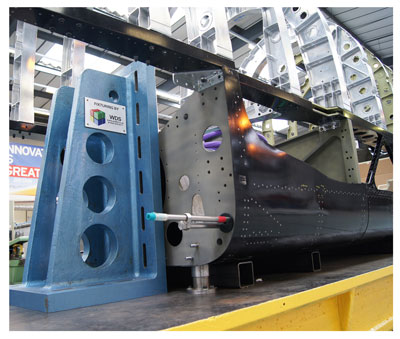 To aid with precision, WDS designed and supplied the angle plates for the suspension assembly jig, which has ensured an optimum set up for future runs. The business was well placed to accept the challenge, as it regular supplies high performance parts to Formula 1 teams and the aerospace industry.

Phil Holyome, WDS Sales Engineer commented: “The first successful public test came as great news, and it’s all the more satisfying as our involvement has helped to enable this landmark project. We are no strangers to supporting this kind of endeavour, we also provided components for Thrust SSC, and so it’s a privilege to be on the cusp of what’s humanly possible once again.”