Berlin-Tempelhof played host to Formula E on 19th May, 2018. Following catch up scenes in the previous races, something historic was achieved this time: the first double victory for Audi Sport ABT Schaeffler and that with the maximum possible points score on a race day of the E racing series. Daniel Abt wins ahead of his team colleague Lucas di Grassi. Among the overjoyed supporters in the first row: customers, business partners and employees of the Würth Elektronik eiSos Group.

The manufacturer of electronic and electromechanical components has been an official technology partner of the Audi Sport ABT Schaeffler racing team from the first season and used the Berlin ePrix to raise interest in the future technology of eMobility directly next to the race track.

The intensive involvement in Formula E is one of Würth Elektronik eiSos’ many activities alongside promoting start-ups and developing companies to advance eMobility - considered as an innovation driver.

Excitement for sport and technology
Pole position, fastest lap and double victory were the ingredients for the storybook outcome at the Formula E home match in Berlin. The victor, radiant and frenetically celebrated by the Berlin crowd, was Daniel Abt. The 25-year-old German delivered a perfect performance at his home match. A masterful start-finish victory resulted, which Lucas di Grassi perfected with second place, having started fifth.

“This was a demonstration of strength today. Supporting this team as official technology partner is simply a pleasure and shows that we are on the right path together. What a fantastic day it was today for all fans, customers and of course employees,” said Alexander Gerfer, CTO Würth Elektronik eiSos Group.

The enthusiasm at Würth Elektronik eiSos is not just for Formula E racing, but also for the technology behind it. This was shown by Lorandt Fölkel at the Berlin ePrix with live demonstrations of energy harvesting, wireless power solutions as well as the REDEXPERT online platform and the MagI³C Power modules as product innovations from Würth Elektronik eiSos.

The Würth Elektronik eiSos development engineer and technology ambassador known from #askLorandt seminars and YouTube then guided the 60 guests through the eVillage. The eVillage Alliance is the entertainment area on the race track and also accommodates an exhibition of the innovations surrounding electromobility. 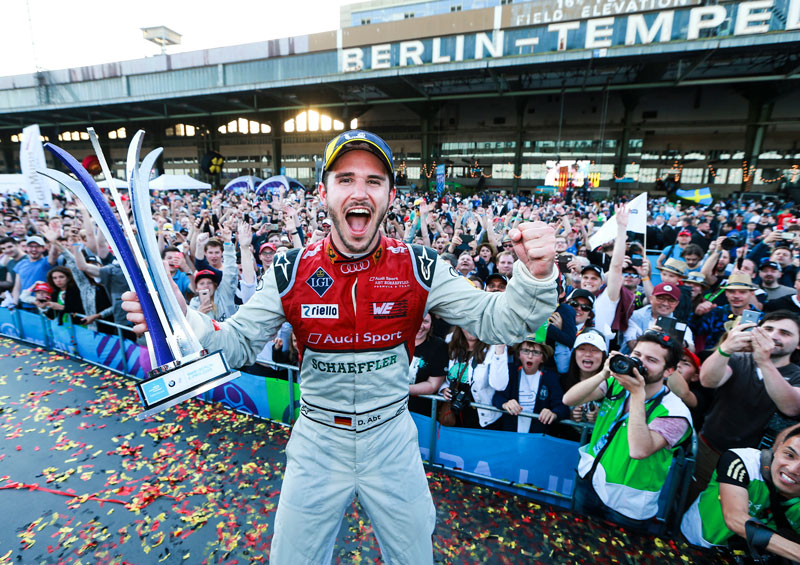 Technical solutions on the race track
As a technology partner of the Audi Sport ABT Schaeffler Team, Würth Elektronik eiSos is in a position to send innovative solutions onto the race track. REDCUBE terminals have been installed on the inverter boards since the second season. Together with ABT Sportsline, the company also optimised the backup battery for the cockpit power supply.

The associated battery charger was also developed in cooperation. Further projects are already in progress. Würth Elektronik eiSos thus underlines its commitment to innovative components for future technologies and also continues to present itself as a pioneer for electromobility.

The technology partner will also be supporting its team on-site at the Zurich ePrix and will take the opportunity to celebrate the ten year company anniversary of the Würth Elektronik Schweiz AG site.

Read more
Analysis
UK fintech market powers through with surge in hires
Analysis
Infrared LED market to reach $1bn by 2026
Analysis
Signs of optimism in the electronic components industry
Analysis
The $500bn effect of digital transformation
Analysis
Global semiconductor sales down 1.2% in April 2020
Analysis
Capacitive sensors market size worth $40bn by 2026
Analysis
The impact of the new COM-HPC standard
Analysis
How children can still get into STEM during lockdown
Analysis
Businesses go digital to survive COVID-19
Analysis
More than 88% of organisations use cloud computing
Analysis
Banks ramp up tech recruitment in response to COVID-19
Analysis
Fingerprint-on-display market takes off in 2019