Prior to starting their training in July 2016 none of the team, all looking to embark on new careers in the tech industry, had any real coding experience.

After just three months of lectures and coding practice at the school, the winners were able to use their new skills to see off stiff competition from 18 other teams.

The group built a working Artificial Intelligence app in 24 hours. Named ‘James’, the AI was able to talk with the elderly over the telephone suggesting groups and services that might be able to assist them in improving their quality of life.

The challenge set by the Co-op group, also based in Manchester, looked to tackle problems associated with loneliness.

Hibo Arteh, a member of the winning team said: “We’re absolutely over the moon. We had no idea we would be in with a chance of winning given the quality of the other entries. It was a real team effort and the support and training we have received from Northcoders over the last few weeks has been out of this world.”

Northcoders opened its door to students in April 2016 - to close the tech skills gap in the North of England. The school offers a 13 week full-time programme that takes students in as complete beginners and trains them to the level of competent junior developers ready for work. The company has already placed a number of its graduates in software developer roles at tech companies across Manchester. 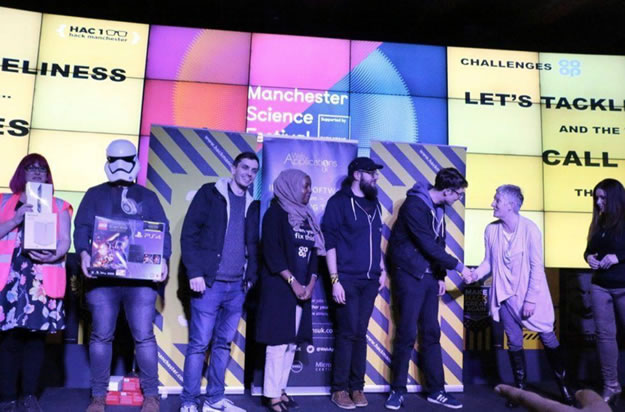 Adopting a new approach to software education, the bootcamp is closely integrated into the Northern tech scene and wider industry seeking to involve employers every step of the way. Companies across the North are encouraged to contribute to the curriculum helping to develop the program so that Northcoders graduates are fitted with the skills that the tech industry is crying out for.

James Brooke, co-founder of Northcoders commented on the win: “We are beaming with pride at what our students have achieved. To think, that they didn’t know a thing about code four months ago and were able to build such a sophisticated bit of tech tackling a real world problem is astounding."

"We hope our blend of fun in a fast-paced learning environment, teaching cutting edge technologies will continue to create successes like this, putting the tech scene in the North on the global stage”.

A recent report from government agency Tech City UK and the Office for National Statistics identified Manchester as the area with the largest number of digital jobs available outside of the London. Manchester tech businesses have an annual turnover over £2.2bn.