Mobile broadband connections in Africa to double in next five years

According to Ovum’s new Forecaster data service, mobile data will be the main driver of growth in the African telecoms market, with the number of mobile broadband connections on the continent set to more than double over the coming five years, and rise from 419 million at end-2017, to 1.07 billion at end-2022.

The growth of mobile broadband in Africa will be facilitated by the further roll-out of 3G W-CDMA and 4G LTE networks, and the increasing affordability of smartphones. In 2019, W-CDMA will become Africa’s biggest mobile technology by subscriptions, and there will be 858 million W-CDMA connections on the continent by end-2022, Ovum forecasts. There will also be 210 million LTE subscriptions in Africa at end-2022.

Ovum expects Africa’s first 5G services to launch in 2021, but initial take-up will be modest, with fewer than one million 5G subscriptions on the continent at end-2022. 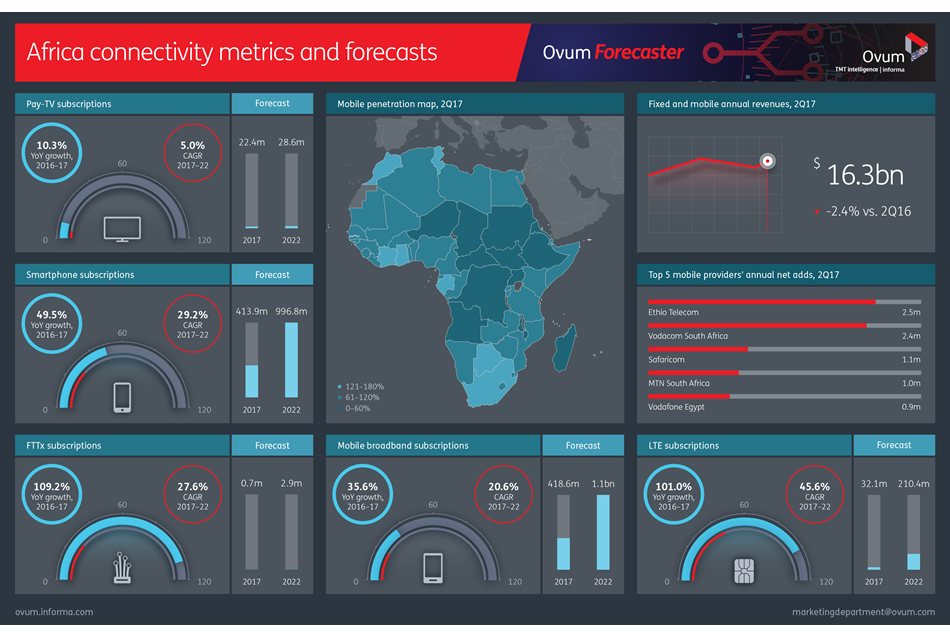 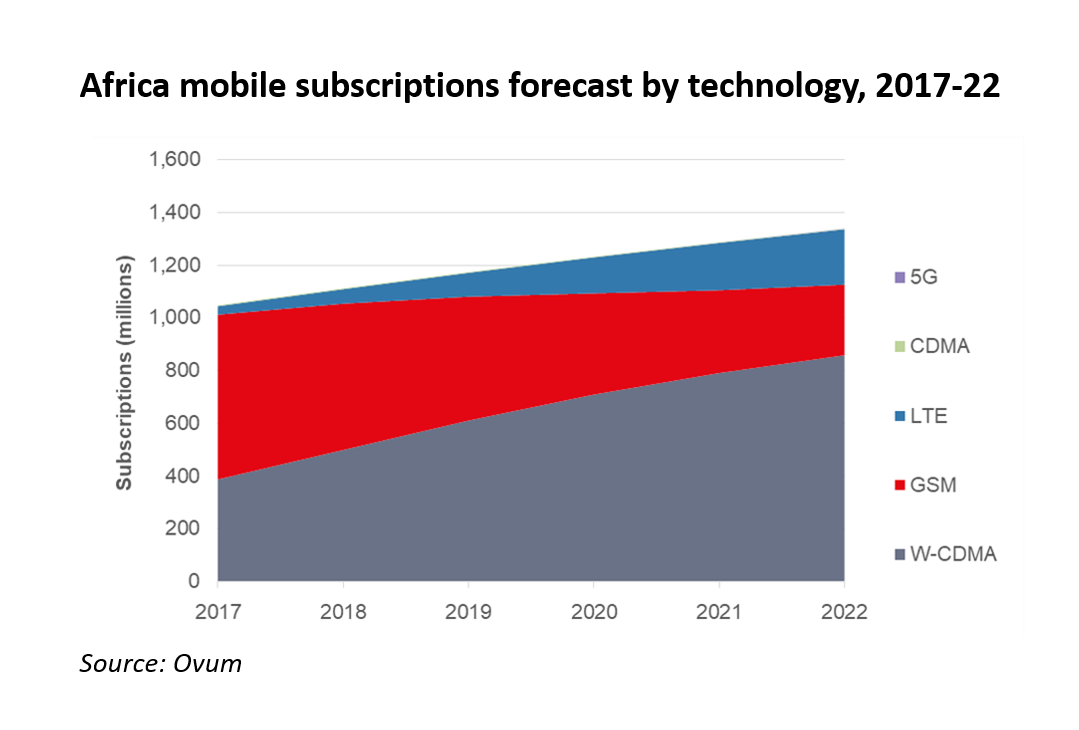 The increase in data connectivity in Africa is accompanied by rising data revenues for operators, and is creating a platform for new, digital services. But it is also shaking up Africa’s telecoms, media and technology (TMT) market. Facebook said earlier this year that it had 170 million active users in Africa, which means it has more customers on the continent than Africa’s biggest telecoms operator, MTN Group, which had 165 million mobile subscriptions in Africa at end-1H17.

“Data connectivity is growing strongly in Africa, and there are also good prospects on the continent in areas such as digital media, mobile financial services, and the Internet of Things,” said Matthew Reed, Practice Leader Middle East and Africa at Ovum. “But as Africa’s TMT market becomes more convergent and complex, service providers are under increasing pressure to make the transition from being providers of communications services, and to become providers of digital services.”