Meet the pigeon pollution patrol coming to a sky near you

It is estimated that air pollution is associated with around 40,000 excess deaths in the UK each year. Even more shockingly, the World Health Organisation estimates that as many as 92% of the world's population are exposed to dirty air. Particularly an issue in the developed world, exhaust fumes from diesel cars is one of the major contributors to air pollution. Paris, Athens, Mexico City and Madrid plan to ban all diesel cars from their cities by 2025.

We already know that when diesel vehicles emit pollution it rises to rooftop level. What we don’t know yet is what happens next. Researchers from the University of Birmingham have developed a distinctive method to find out just where it goes.

'City Flocks' is a new project which sends pigeons – with tiny, lightweight sensors strapped to their backs – into the sky to provide a street by street pollution forecast.

Leader of the project is Dr Rick Thomas, Research Fellow at the School of Geography, Earth and Environmental Sciences, University of Birmingham. In a video published by the BBC, he explained the motive behind the unusual project: “If we know the temperature above the rooftops, then we can test the models of urban air pollution.”

Thomas said he decided to tap into the potential of birds – specifically pigeons – when he realised that “they fly everywhere” and could help understand the dispersion of pollution around the city.

During the first test flight, one pigeon was also fitted with an on-board ‘pigeon cam’ to record the birds flight path. Just six minutes after their release, the pigeons flew back with their sensors still attached and functioning. Thomas is therefore hopeful that this technology can continue to be developed further. 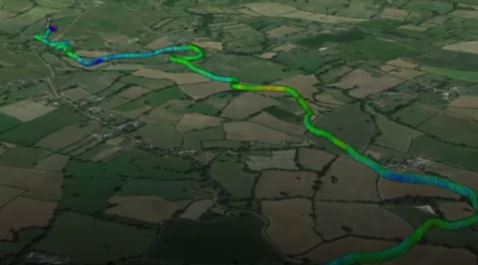 The sensors provide information on the pigeons’ route and the air temperature which enables a heat map to be produced that will help with air pollution research. If we can discover where the major pollution ‘hotspots’ are, city planners can avoid building public spaces in these areas.