Friend or foe? The future of Artificial Intelligence

Question: What does AI mean to you?
Vincent is interested in the “human side” of AI, essentially what the emerging technology says about us and the expression of our humanity. It lets us “explore what it means to be human.” He explained that artists and writers are experiencing a “boom time” in AI.

For Hauert, AI is an opportunity to improve the way we work, live and explore new frontiers. For example autonomous cars can empower those who cannot drive, and as we experience an increasingly ageing population AI robots can act as companions or remind us to take medications.

Unfortunately, the public or common perception of AI is slightly negative. The Royal Society’s working group on machine learning has spent a lot of time asking the public what they know about AI so we could figure out what the public perception was. A report of a thousand people revealed that only nine percent knew the term ‘machine learning’, but the majority knew of its applications, for example autonomous cars.

Hauert explained that 75% of the time this knowledge comes from mainstream media, while 21% learn through entertainment – so shows like Humans and West World are also a source of knowledge about these technologies and what they are going to do. 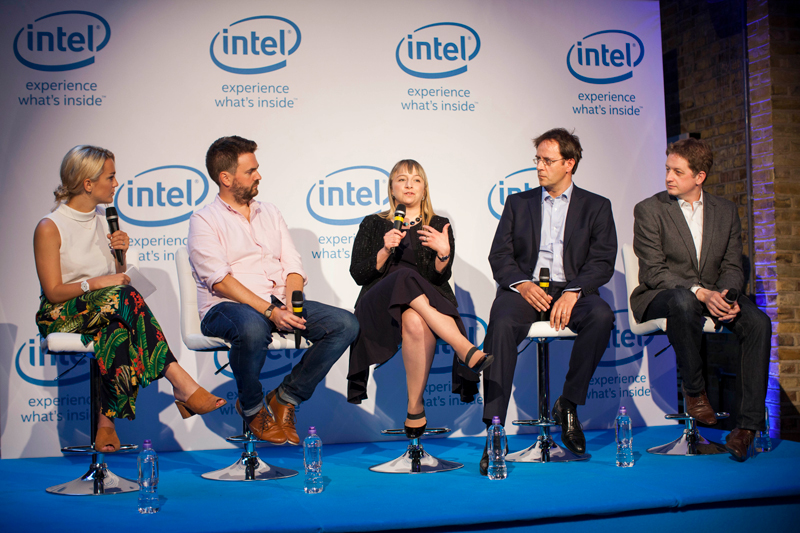 Question: Is there an uphill battle or are people on board with AI straightaway?
Wyatt explained that, by nature, “people are very curious”. When Dora, a task driver robot designed by the University of Birmingham, was displayed at the Robotville Festival at London’s Science Museum in December 2011, 12,000 people saw her over the course of four days. He believes that through increasing the general public’s exposure to AI, we can counteract the narrative that robots are ‘bad’ or ‘stealing our jobs’.

In regards to the job market, Wyatt said that we have little to fear. Since the introduction of robots in the 1970s, employment rates have actually risen. Wyatt explained that jobs followed the robots while employees without robots lost their jobs. He continued: “Automation has always changed the way people work.”

Feltham shared the viewpoint that AI is to be embraced – albeit cautiously. He stressed that: “Wary is fine, afraid is not.”

Question: Will we be able to have conversations with AI?
According to Wyatt, while conversations with AI are “still a million miles away,” we are becoming much better at building machines that learn, and creating task specific AI. In the future, he hopes that robots will have a small, specific amount of autonomy, which he likened to “an AI zoo”.

Question: What are the real-life applications of AI?
Currently, people are aware that AI is present in their Amazon recommendations and voice recognition software, but Feltham believes that more social good can be done. He discussed The National Center for Missing and Exploited Children, a US agency that helps find lost children at risk of exploitation.

The team of 25 analysts receive over 8 million leads per year, and it takes approximately 30 days to identify whether or not a lead is worthwhile. AI image recognition software can immediately start comparing images from different sources and even identify images from inappropriate websites which real humans may not be able or willing to access. As a result, the time is reduced to half a day. The panellists agreed that one of the key advantages of AI is its super-human ability to quickly make sense of a vast amount of data.

Question: What AI projects are you currently working on? 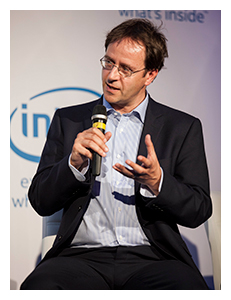 Wyatt and his team are focusing on robot manipulation, particularly how to get a robot to cope with uncertainty. He explained “that’s the nut we need to crack, and then everything will fall into place.”

Another key factor to consider is the legal and moral challenges surrounding AI systems. Hauert explained that there has been an IEEE meeting in order to make an ethical standard for robots. As we go further into robot research, we must consider how to evenly distribute the benefits and respect diversity.

Question: Will people fall in love with AI?
Seeing as “the human tendency to anthropomorphise is incredibly powerful”, Vincent believes that it is definitely possibly for humans to fall in love with AI. We already develop strong feelings for toys and pets, and, if a robot could have human feelings, why wouldn’t we love it?

Question: What is your ultimate hope for AI?
Feltham: “I’d love to see AI become ubiquitous and something that everyone can take advantage of. Looking at the example of the Internet which impacts most peoples’ lives, I want AI to get to a similar stage where it is an assistant to humans that helps make their lives better, do their jobs better, make better decisions and something that works alongside us. Rather than it being about us and the AI it should be something we work together with that helps us answer questions, and solve problems.”

Wyatt has three main hopes for AI. Firstly, that it will free people from certain tasks. He stressed that humans are already extremely adaptable, and clearly automation has not made us all lose our jobs. His advice was simple: “If you want to know the future, look at the past.”

Secondly, Wyatt hopes machine translation will improve. He believes that one day a technical Babel fish would certainly be possible, and in the next fifteen years live translation in a noisy environment should become a reality.

His final wish takes a slightly more long term approach; in millions of years’ time Wyatt hopes autonomous robots will be able to explore new solar systems. Scientists on Earth will send the robots off in the hope that they discover something which will be transmitted back long after the original senders have passed away.

In order to ensure AI benefits everyone, Hauert stressed the importance of communicating with the public to discover what they are specifically looking for.

Vincent concluded the debate in a positive manner, saying we should never take prophecies of doom too seriously. He still sees AI as exciting and is optimistic for its future, and hinted that we should listen to ‘infinite’ intelligence.