Never seen anything like it in 45 years in the industry,” - Steve Rawlins, Chief Executive Officer, Anglia.

The components industry is caught up in a frenzy. Distributors are reporting record sales, while trying to keep up with demand for precious components. Suppliers are squeezing as much capacity as possible out of existing manufacturing facilities in the absence of any new fabs opening anytime soon. “That takes time and money,” Wallace remarked.

Frustrated customers are having to raise their forecast game to give distributors as much visibility of their needs going forward. Right now distributors are surfing this wave. Mouser’s Maggs reported EMEA sales are up 65%, Asia-Pacific 57% and Americas 36%, year-on-year in the period January to May.

“I’ve never worked so hard in all my life,” laughed Anglia’s Rawlins. “May was our biggest ever sales month.” He has had to restrict access to the Anglia Live website as desperate buyers log on, see inventory and try to place orders. “The focus now is on our regular, loyal customers,” he asserted. 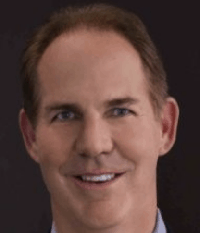 “Key markets are thriving,” said Ian Wallace. Digi-Key has seen a huge increase in products associated with us all working from home – laptops, notebooks, gaming machines and home security. Wallace also claimed that COVID has stimulated markets to make greater use of existing technology.

“People are concerned about COVID transmission so we are supporting a number of customers working on some smart solutions in contactless payment systems and speech and gesture innovations.”

There are now more mouths for distributors to feed. Rob Rospedzihowski predicted that medical demand will continue, with an increased focus on security surveillance products. Electronics is finding more and more applications, and he observed, “They just eat up components.”

“It’s the electrification of everything,” confirmed Arrow’s David West. “Products are consuming more electronics.” He cited the automotive sector. “There’s not necessarily more cars being made, but there’s certainly more electronics in them.”

West highlighted an important issue. “Many suppliers depend on foundries which have switched to the latest process nodes - 3nm, 5nm and 7nm. They have been developed to meet demand for data centres and servers. Industrial, medical and automotive parts have been developed on older semiconductor processes.”

It is a perfect storm that has exacerbated the shortages crisis including automotive companies assuming they can just pick up where they left off when they shuttered manufacturing facilities during the first lockdown.

Add in the Suez Canal blockage, the effects of which are still being felt, a COVID outbreak in Taiwan, which is delaying component export, and oh, there is a shortage of containers to ship them in. Stocks are being replenished at distributors, it’s just that what is going out is greater than what’s coming in. 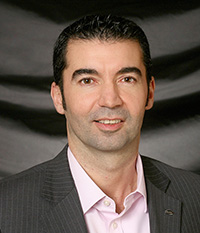 “We’ve got lots of product orders in train to add to our inventory,” explained Maggs. “And our President Glenn Smith has insisted on a wider inventory offering a greater selection of products. We have added 24 new suppliers this year. And we need that variety because in some commodity products there will be reengineering to accommodate new parts in a design.” This activity has not gone unnoticed. “Our new customer count is up 18%,” Maggs added.

Digi-Key is on a similar path. “We have added more and more manufacturers,” said Wallace. “We are known for on-board components and that, supplemented by the addition of industrial automation suppliers for bigger off board components, helps us supply a full Bill of Materials.”

As for Farnell, they have recently added Schneider’s industrial automation line and taken on the NI test and measurement products to support the supplier’s SME customers. “We are already seeing strong demand from customers in EMEA and South Africa,” revealed Rospedzihowski.

Are under-pressure buyers acting rationally? In times like this there will always be double ordering and distributors are doing their best to track unusual activity. “We check carefully for double bookings,” added Rawlins. “If we see a spike in a customer’s orders we speak to them.”

“Some of that is getting imposed on us from the suppliers, where maybe the products weren’t typically NCNR – we’re passing that on to our customers, and that’s going to help limit some of the double booking.

“But when I talk about the double booking, it’s more difficult for us to catch that. What we’ll catch is inflated demand. So we’ve taken thousands of forecasts from customers. You see a company using 50 pieces a week for example, and all of a sudden, they’re coming in for 250 pieces a week. And we catch that right away - we go back and have that dialogue with the customer and make sure we're scrubbing that backlog appropriately.”

That’s not to say sensible conversations and actions aren’t happening. “We have strategic relationships with our customers,” said Rospedzihowski. “We work with them on future commitments and help them manage their order book.”

“Transparency is key,” commented West. “We need a longer view of demand. That can be helpful for suppliers, distributors and customers to work in tandem. Supply chain models are being challenged. Customers giving longer orders that are in line with stretched lead times - that works.”

Anglia’s Rawlins agrees: “We have to help and educate the customer to get an order placed, even if it is only half of their requirement.” However, he acknowledged that it is tough for some contract manufacturers. “They are reliant on their customers for forecasts, and some of them don’t seem to acknowledge there is a component shortage.”

“Our customers have been understanding,” added Wallace. “There have been frustrations where some key parts like microcontrollers are on 36 weeks lead times, but they are aware of the market conditions. We have seen a big increase in business and we have to manage that to get products to customers on time. 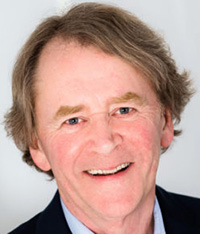 “May was our biggest ever sales month,” - Steve Rawlins, Chief Executive Officer, Anglia

“Our advice is to order out as soon as you can - the sooner we know what they want the better,” he added. “It gives us visibility and ultimately it gives the manufacturers a good chance of getting their production plans on point.”

With lead times lengthening, supplying a full Bill of Materials (BoM) is testing distributors. “We see shortages in semiconductors and passives, relay lead times are going out as well as connectors,” said Rospedzihowski. “So, fulfilling a Bill of Materials is a test. We reckon to supply 80% of BoMs at present.”

He added that lead times are also lengthening on Farnell’s test and measurement products. “The manufacturers can’t get the parts to make their products,” he added.

The shortages crisis has not put design on hold. “Design activity is at an all-time high,” continued Arrow’s West. “There are some concerns about component availability for designs just coming to fruition and moving to production, and in the longer term supplying parts for designs just starting. There could be some challenges getting new products to market.”

Rospedzihowski agreed. “There is more design activity and working from home has caused a change in ordering patterns. The traditional surge, as the deadline for next day delivery nears, has slowed. “We are seeing orders coming in through the evening, right through to midnight. Then as Russia and the East European countries start work, orders are arriving at 4am.”

“Design activity has kept going,” commented Wallace. “Talking to colleagues in the EMEA region, vaccinations are slowly getting done. Israel has been phenomenal, and that is a real design hot spot.”

Pricing is another topic distributors have to broach with customers. “Materials costs are on the increase for semiconductor manufacturers and passive and electromechanical suppliers. Semiconductor prices are increasing in many areas, yet others are more stable,” explained West. “We have to pass increases on, but the bigger issue is getting the product to customers who need to keep production lines open - pricing is less important than getting the product.”

“We try to maintain pricing, but where increases occur we explain circumstances to the contract manufacturers and end customers,” said Wallace.

Rawlins indicated there have been connector price increases due to the cost of copper. And, in addition to laying their hands on products, there are obstacles in delivering the goods.

He added: “We are facing extra costs on logistics. We now have to organise, collect and pay for inventory to be delivered. We have to book a carrier to collect components from Asia and deliver them to us, where previously the supplier undertook despatch. It’s extra paperwork and the product takes longer to get here.”

“I’ve spoken to a few people in transportation, and it’s been challenging for them,” remarked Wallace. “Both Brexit and the huge uptick on people ordering from home for everything - gadgets, food, home improvements – so considering the challenges they’ve done pretty well.

“Our distribution centre in Thief River Falls is working full pelt to supply customers. Our priority is to keep our colleagues safe.” To that end Digi-Key has developed RF badges for contact tracing and an ultraviolet tunnel that cleans the totes that carry product around the warehouse.”

Mouser has hired 100s more people at its distribution centre in Mansfield, Texas. “We now have two shifts a day and reorganised the warehouse for more efficiency and to keep people safe,” explained Maggs.

While orders in the UK took a dip in January and February this year, as Brexit kicked in, “we were prepared for it and implemented a plan from December 23rd,” Maggs revealed. “We now have two shipments into Europe, one to Paris for our EU customers and one to London Stansted airport to supply UK and Ireland customers. We don’t ship from the UK to the EU and we don’t ship from the EU to the UK.”

“The biggest problem with Brexit was customer uncertainty which led to delayed and cancelled orders,” he added. So how long will this current market exist? West is cautious. “I’m not going to make a specific forecast, but I can say all the signs suggest we are going to be in this market for quite a while.”

“All the key markets are thriving, this is going to go on for a while into 2022,” added Wallace.

Rospedzihowski concured. “If this market carries on to 2022, we face further shortages. There’s no doubt demand is outstripping supply and if the current surge continues we could run out of products from some suppliers,” he concluded.