Distribution market powers on in the face of shortages

Now here’s a thing. It is not strictly distribution. It will have an impact on distribution if it comes about. The semiconductor market will grow just three percent next year according to Malcolm Penn, CEO of Future Horizons.

Now nobody in distribution sees it that way. Unanimously they see product shortages lasting well into next year, and some beyond that into 2023.

What can’t be disputed is that Penn has a better record than most at predicting the global semiconductor market. While other forecasters predicted a single figure uptick, he was alone in predicting robust double-digit growth this year (he has now upgraded his initial 18% forecast to 24%).

Penn cites likely increased capacity from semiconductor suppliers in the first half of next year with capex on wafer fab equipment spend in the first quarter of 2021, 54% higher year-on-year, concerns about COVID-19 financial support unwinding leading to economic uncertainty.

Right now, the market shows no signs of slowing.

At a country or region level, the overall situation is positive, with double-digit growth almost across the board, though variations are quite significant.

While Northern and Eastern Europe, the UK, Iberia, Benelux, Italy, Turkey and some smaller countries (a.k.a. Rest of Europe) grew between 28% and 77%.

“It’s still racing, demand is outstripping supply, we are seeing unprecedented growth in all three regions,” said Rob Rospedzihowski, President of EMEA Sales at Farnell. “Germany is a key market for Farnell, and throughout the last period we have experienced strong demand. This has had an impact on our East European markets too as German companies take advantage of lower production costs there.”

“There no signs of weakness, no slowing in the market,” he added. “All the vertical markets are growing, the only one slowing down is medical, which is to be expected following the surge at the start of the pandemic.”

“Never seen anything like it, there is demand from every sector,” echoed Steve Rawlins, CEO at Anglia. “The security, instrumentation and EMS sectors are flat out, 5G too is driving component supply.”

“Blimey, where to start,” pondered John MacMichael, Managing Director at Solid State Supplies. “We are starting to see the impact of shortages on product availability.” Worryingly for distribution he describes a situation where some suppliers are decommitting from delivering orders.”

“We did have a steady flow of product coming in, but that has now deteriorated. We got our order book in early and so first come, first served has been beneficial to us.”

Lead times continue to be extended. “We are trying to avoid allocation,” said Rospedzihowski. “Farnell fares better here, because we place orders in a steady stream, that ensures our customer base get their allocation. We have to resist sub-distributors and resellers from placing orders. We safeguard our loyal customers.”

“Customers don’t have any serious issues with that,” said John MacMichael. “It’s seen as supportive as it is a message we can pass on to the supplier and that helps source product from a supplier if they know customers are on NCNR terms.”

Pricing is another hot potato for distributors. 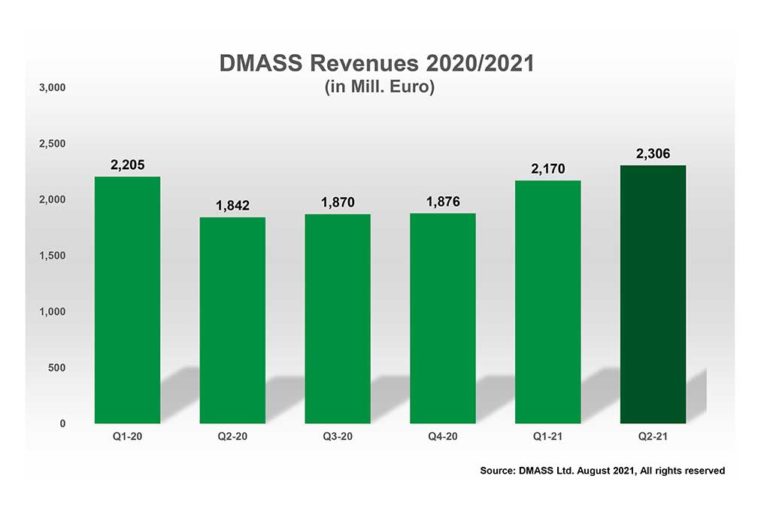 There’s pricing pressure,” commented Rospedzihowski. “In some cases we are seeing double-digit increases. We try to absorb some of the impact, but in some areas we have to pass on these cost customers.”

“There are Increases in freight costs too, the freight industry is struggling, there is a lack of drivers, plus COVID still affecting deliveries, and we pass on costs of shipping product out across the markets.”

Shipping costs have rocketed. Explained John MacMichael, “A year ago it cost £2,500 to hire a container to bring product to the UK, now it is £18,000, and some of that has to be passed on to the customer.”

“The period of notification of price increases is a trend we have seen,” added MacMichael. “We were notified by one supplier of price increases of five to 20 % six weeks ago. We’ve just been told they are going up again by five to 15 %. So before we have even shipped the product to the customer the price has risen twice.”

“To be fair to customers, they recognise the situation. Shortages have been well documented so customers understand, it’s a big ask though as it affects customers’ schedules and their margin as well.”

Rawlins is dealing with a similar situation. “Eighty per cent of suppliers have a clause saying they can change the price at any time, and that includes orders in the system. The increases are mostly from the semiconductor suppliers. Not so much from the passive component suppliers, though that may change as Malaysia experiences a resurgence in COVID-19.”

“We are definitely seeing that,” said MacMichael. “We have a business development team of degree-qualified engineers working with customers to design with products where we know there’s a good quantity of supply.”

Rawlins prefers to focus on using Anglia’s expertise and experience and knowledge of availability of product to know he right part for an application, that’s where we can add some value,” he emphasised. “It isn’t worth doing redesigns on some key parts because they are all on 30 weeks lead times.”

Arrow Electronics President and CEO Michael Long was clear in his most recent call with investment analysts.

“Our design services business is working at scale right now helping customers find new products. We see most of the work continuing to be new designs for the future. There's not a lot of mileage short term in trying to redesign a board to find another product because the product you're looking for is on allocation, too. And so I don't want you to think for a minute that, that work is the primary driver of the engineering business because, frankly, it's not. And when you look at the component lead times, there's not much that's available in 12 weeks right now.”