CRL's latest batch of aspiring companies to take on the world

Last week saw Mark Patrick visiting London, to once again tap into the buzz of enthusiasm that is currently being generated by the capital’s thriving start-up community. This time it was for the latest Central Research Laboratory (CRL) Demo Day - where the organisation showcased the cohort of tech business ventures that have just recently completed the widely celebrated accelerator program.

The opening presentation was from Andrei Danescu, joint founder of the longstanding CRL affiliate Botsandus- which develops customer-oriented, artificial intelligence (AI) robots for use in department stores, hotels, tradeshows, care homes and suchlike. The company’s Bo units can interact with people and carry out simple tasks on their behalf, thereby allowing human work colleagues to concentrate on more complex matters. In a retail environment, for example, they can help shoppers to locate particular products, suggest accompanying items or give alternative options.

Through deployment of these units, a better balance of staff workloads can be derived, while also delivering memorable customer experiences. While addressing the Demo Day attendees, Danescu made the point that when it comes to attracting investment, having a well-constructed prototype is immeasurably more valuable than a mere PowerPoint presentation attempting to explain the concept. This is exactly where CRL’s expertise comes in. Its team are able to support young entrepreneurs, even with no prior practical engineering experience, to take their ideas off the drawing board, craft initial hardware, then put them in touch with offshore manufacturers, advise on tooling, assist with crowdfunding campaigns and grant applications. 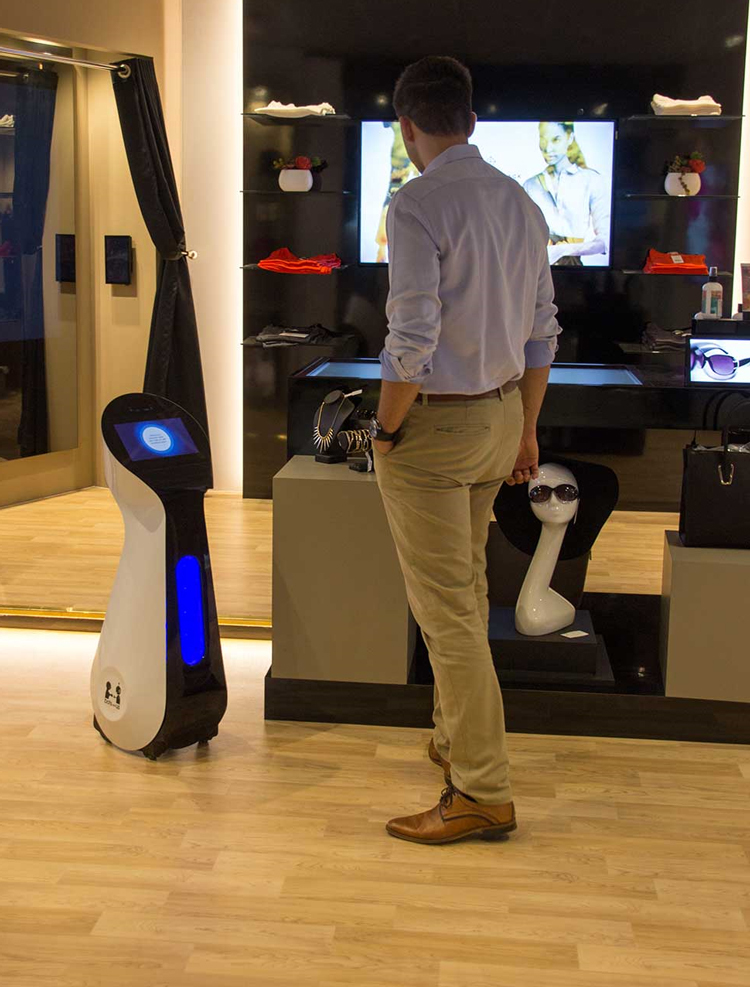 Emerging from the latest cohort is Gilaasi, which is looking to take a chunk out of the high-end prescription sunglasses market, through offering eyewear with lenses based on liquid crystal technology. By simply tapping one side of the glasses, a small electrical current can be applied to the lenses (which rest over the user’s prescription lenses) that instantly increases their opacity - taking it from less than 30% to over 70%.

This provides a more convenient alternative to having to carry (and keep switching between) glasses and shades, or wearing photochromic eyewear (which take 8-10 minutes to alter in accordance with sunlight levels). Power is only drawn when in shades mode and the current consumption is so low that the battery can supply enough to keep it in this state for a solid 40 hours (with the aim to raise this to 100 hours in the production version).

The company has already developed very effective prototypes and is now looking to produce its first volume model. In the longer term, its strategy is likely to be one where it aims to work in partnership with high street vendors.

The trio of engineering and marketing graduates that make up Waalflower have developed a magnetic, QI-compliant, wall-mounted wireless charging station for domestic use.

It means that not only do tablets under charge always remain accessible to use, but also optimal alignment of the charging coil with the charged item is totally assured. Consequently, the system’s charging efficiency is kept at optimal levels (whereas simply placing an electronic device onto a conventional charging pad can result in only trickle charging, due to poor coil alignment being witnessed).

Based on the favourable feedback received so far, the plan is for this product to launch on KickStarter in the early autumn. 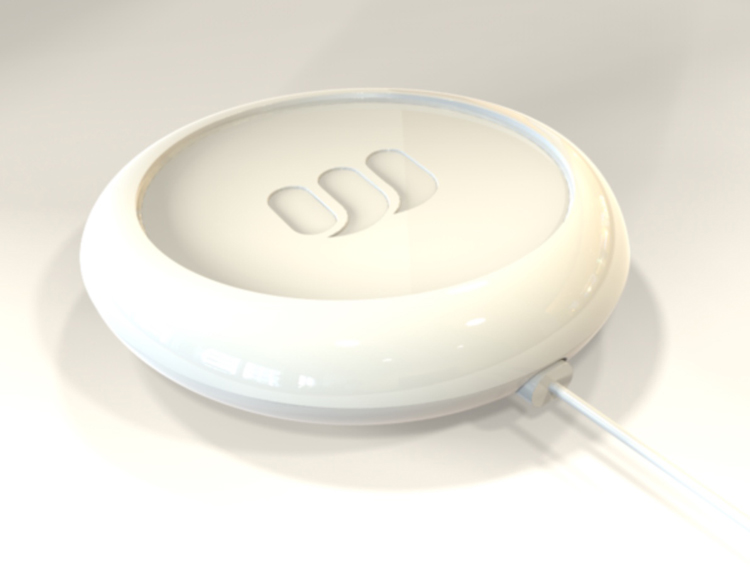 Having been a shift worker in Delhi during her early career, Chakshu Saharan is well aware of the dangers that females can face at night. It is this that motivated her to establish Ignius, in order that two important issues could be attended to - namely making responsiveness to incidents as quick as possible and also ensuring that the location data is accurate.

The start-up offers a subscription-based security service to corporations, where a GPS unit is integrated into the lanyard of each member staff. These units are then connected to a sophisticated back-end alert management system. This proves far more effective than existing cellular solutions - which drain too much battery and are not precise enough (especially in urban environments with densely packed buildings).

The Ignius solution only requires recharging every few days and the company is confident that when volume levels are reached, it will be possible to make the subscription charge relatively low. This will make it a worthwhile investment for corporate clients from an economic standpoint (as well as a moral one), as female employee attrition can be very high in countries like India and Brazil, due to safety concerns. By providing this protection, they can avoid having to recruit and train new staff.

Though not electronics based, Patrick was very much impressed by the representatives from Chip[s] Board. This company is using potato waste that would otherwise end up being dumped in landfills and transforming it into more environmentally-friendly chip board and medium-density fibreboard (MDF) products. They already have a trial program underway with oven chip manufacturer McCain and are engaged in talks with some of the leading flat-pack furniture vendors.

Although the material produced may have a cost premium associated with it, there are clearly both ecological and corporate responsibility advantages to consider. As well as putting less pressure onto existing wood resources, it is biodegradable post-use and doesn’t contain formaldehyde or any other toxic resins/chemical compounds. Patrick next plans to visit the CRL site in South West London and find out more about the operation, as well as hopefully meeting the new collection of innovators that will soon be taking up residency there.