Always connected: the smart cities of the future

Technology is constantly advancing, from the Internet of Things (IoT) to Artificial Intelligence (AI). This innovation is contributing to the expansion of smart cities at a considerable rate, and so these connected urban centres of tomorrow are turning into connectivity powerhouses. Smart cities are set to increase citizen engagement using digital technologies – such as sensors, networks and data analytics.

From the real-time data and information gathered this will provide vital statistics on a cities performance and efficiency, which in turn inform how improvements can be made that respond to economic and environmental challenges. The UN estimates that by 2050, 70% of the world’s population will be living in these connected cities.

From streetlights to smart utility grids, sensors are implemented across a range of situations.  However, to fulfil their potential, they must all be sheltered from extreme elements – from gale-force winds, to snow storms and floods. If they lose connectivity, the network will cease functioning; which could potentially have significant safety implications for its citizens.

Planning from the ground up
Challenges arise when developing smart cities due to centuries-old infrastructures. Often new technology needs to be bolted onto an old system to work, so this is where an agile mind-set is required for success to be achieved. One way of testing the practicalities and infrastructure of a smart city from the ground up, is for developers to use derelict and undeveloped land on future projects. The purpose of these experimental cities is to see how the future systems, sensors and technologies perform in different weather extremes. For these IoT devices to work efficiently, developers need to look at the longevity of a smart city from the outset and ensure the correct data is provided to those that need it, such as local authorities or city planners.

Connect to the future
According to Gartner, around 20.4 billion IoT devices will be deployed globally by 2020. Sensors have become a critical element in the execution of a smart city and a large number of those will be deployed - including 1.39 billion used to fight climate change across smart cities worldwide. This increasing number of smart sensors will need a trained team of engineers alongside them to catch any unreliable or faulty units otherwise a city’s funds and human resources can become quickly depleted. To remain efficient and functional, the sensors within a connected city must be almost wholly self-sufficient.

Essential protection
Protecting sensors and technology systems is high up on the agenda for manufacturers and urban architects. To protect them, strong, weather resistant and resilient solutions need to be used. This is when a smart city needs to factor this requirement early on in design and maintenance to ensure longevity is achieved as well as making them cheaper to run. However, as the main purpose of a sensor is to connect to the outside world – if they are enclosed in a box with mechanical gaskets and seals the functionality is diminished. 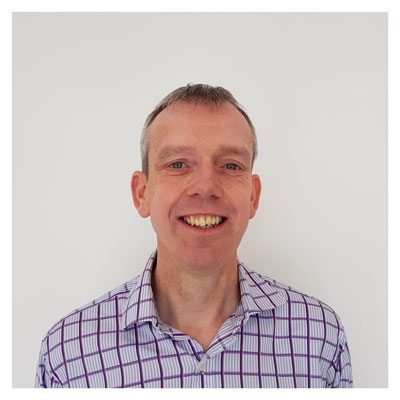 One answer to long-term durability is to use a hydrophobic coating. Applied via a low-pressure pulsed plasma deposition process, these can cover the devices both inside and out for protection from both extreme and everyday elements. Furthermore, a Printed Circuit Board Assembly (PCBA) level coating can also be used to provide back-up protection in case a mechanical seal or case degrades over time or gets damaged, for instance.

These methods are effective as a nano-scale coating chemically bonds to the surface, ensuring resistance to rain or humidity, without containing it within a gasket. To get the most out of them, these coatings need to be integrated as a step in the production process, rather than them being an afterthought.

Trust in safety
Ultimately, a smart city needs to keep its citizens safe. Autonomous systems can do this, but only if they work effectively, which is why our smart cities of the future must always be connected – every second of every day. If at any time a system is compromised, safety for its citizens will be too, and this must be considered as inhabitants will become ever more dependent on the smart infrastructure and data that binds their city together.