A torch bearer for flying cars

The opening of the Olympic Games is an iconic moment in world sport. The lighting of the Olympic flame every four years is the culmination of a journey that sees the Olympic torch carried in relay from its spiritual home in Olympia, Greece, to the host city, where it is used to light the Olympic cauldron which then burns throughout the games.

At last year’s Rio Olympics footballing icon Pelé was due to be the final torch bearer but had to withdraw due to poor health. That meant former long distance runner Vanderlei de Lima had the honour.

However, the final torch bearer at the next games in Tokyo in 2020 may look a little different. In fact, they may not even be human. A Japanese start-up, under guidance from Toyota Motor Group, is developing a flying car that they hope will be used as part of the opening ceremony.

While presently the vehicle is little more than an oversized drone with a limited flight time, the engineers believe that they will carry out a first manned flight by the end of next year and will be ready to light the flame by the time of the games – with the end goal of making the ‘flying car’ commercially available by 2025. 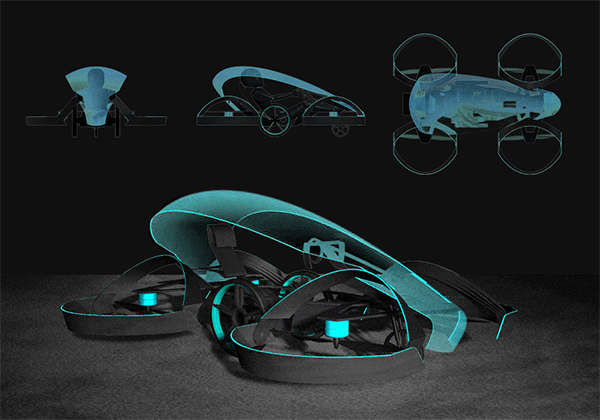 Once it is fully developed the team, which is made of just ten volunteers, believe that the 2.9 metre long Skydrive will be able to achieve speeds of up to 62mph in the air. Toyota Motor Group is going to make significant investment into the project over the next three years.

A spokesperson for the Skydrive team stated: “By 2050 we aim to create a world where anyone can fly in the sky anytime and anywhere. To realise our vision, a compact flying car is necessary with a vertical takeoff and landing technology, which do not need roads and runways to lift off. It’s very difficult to realise the compact flying car due to noise control, all weather handling, and guaranteeing absolute safety. However, if this flying car is realised, then passengers can freely enjoy the scenery from the sky, go to places where we were not able to reach before and uninterrupted travel by avoiding traffic jams is no longer a dream. To realise such a world, our first target is to build the flying car and use it to light the 2020 Tokyo Olympic flame.”