A guide for multilingual IoT in the era of globalisation

The Internet of Things (IoT) is changing the world through its technological advancement of automating daily tasks. It has a software connection to hardware devices that transfers data to automate the actions through a simple command of its users. You can easily spot them on your mobile phones, home appliances, automobiles, and even security tools. Once people taste the convenience of automation, it is hard for them to go back to conventional practices. Electronic Specifier explains.

However, the fact that the success of technology relies on its effective globalisation remains true. Still, software developers do their best to support the needs of different people and regions through multilingual IoT. This way, people of various geographical locations, races, languages, and cultures can enjoy bi-directional communication with their devices.

This article will further discuss the importance of translations in IoT and clarify the issues regarding it.

Importance of language in the IoT

The main purpose of IoT is to make things more convenient through automation and data processing. However, it beats its purpose when it fails to recognise the languages, slang, and culture of its users. Just in the US alone, there are already 30 major dialects with different pronunciations, slang, and interpretations in English, and monolingual IoT is already having a hard time processing this data.

Globally, there are billions of potential users who are using about 350 languages. If you want your IoT to expand its reach in the international market, it is essential to localise your software according to their languages and preferences. However, one of the greatest challenges for developers is translation, data transfers, and human interactions of their software.

For example, while some people refer to soda as ‘coke’, it can also mean a type of illegal drug in other areas. There are a lot of words that can mean different or inappropriate things in other places. This is the importance of localising IoT machines to make them more culturally acceptable by other regions in the world.

Now, there are only three problems that developers must overcome for their IoT software:

However, these problems are easy to solve with the right localisation solutions and strategies.

One of the greatest issues that most developers encounter when localising their IoT is the amount of data that the software has to process. Enabling artificial intelligence to understand more languages and cultures means that it has to process more data for translations. To solve this problem, developers are using machine translations (MT) that can automatically translate the words in just a few seconds. However, the problem with this is the reliability and accuracy of the said translations.

For example, in the medical or science field, there can be a lot of jargon that may vary in different countries. Unlike medical professionals, patients have a way of making medical terms easier to remember and understand. So, even if you download a lot of professional writings and data, it will still be difficult for the machine translation to understand the generic words that patients may say. 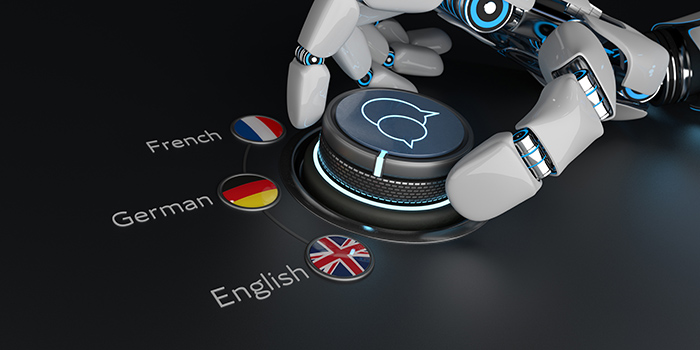 Above: it is essential for developers to localise their software and make it convenient for multilingual users

Moreover, there is a high tendency for machine translations to translate the words literally which may be ineffective and incorrect. This is where human technical translation services help IoT companies achieve their global objectives. Aside from using MT, it is also better to ask for assistance from professional linguists to make the translations more reliable and localised. However, it is important to hire those who are already experienced in the field and have local knowledge about your target market.

Having accurate and localised translations helps in avoiding future issues and improving user experience. There are some words, images, signs, and expressions that one culture may find positive and others as offensive. It is important to avoid using any cultural taboos when marketing in other countries. If the translation of data is correct and fast, more users will appreciate using your technology and may even recommend them to other potential audiences.

As said here, machine translations are convenient to use for IoT software but they tend to be inaccurate. They are only capable of directly translating the words without considering localisations. Meanwhile, using human translators can take more time in translation which can be expensive and inefficient.

In these cases, one of the ways that IoT development companies do that is they let MT translate the words and have some human translators check and edit them. Expert translators can easily pick up the awkward or incorrect translations and correct them. For example, a machine translation will have a hard time knowing that chips in British means French fries when chips mean fried thin potato slices in the US. However, a human translator can easily spot this difference.

Having human translators edit the product of MT offers more flexible and localised translations that are easily acceptable by target markets. This process is Post Editing Machine Translations (PEMT).

Although machine translations play an important role in localising multilingual IoT, they still don’t have sufficient technological advancement that will win over humans. Until MT reached the capabilities of humans in localisation, PEMT will remain an effective method of IoT localisations.

Other than the speed and accuracy of the translations, security is also one of the issues of IoT. It is true that software collects, stores, and uses data of a person for its functions. It helps in improving the accuracy, speed, and personalisation of data translation for its users. Some examples of this are security vaults, alarms, televisions, CCTVs, and appliances that people use in their ‘smart’ buildings and homes.

However, there are some people who find this an invasion of privacy. This misconception is common among multilingual people who are not aware of the warnings and forms of consent that the device gets from them. So, it is only natural for developers to start finding ways to effectively communicate with their users regarding their responsibilities and get proper consent from them.

There will come a time that every household will be using IoT for convenient living in the future. Thus, assuring the current and potential users about their privacy is an important part of making this software even more reliable. Moreover, developers should be able to regularly maintain and improve their security patches and frequent updates. It is essential to make these improvements readily available in other languages.

On the other hand, users should also be reliable in making sure that their IoT devices are always safe and remain public. They should start reading the consents and disclaimers from software properly before deciding to let the applications do their thing.

The world is continuously progressing and so is the global market for IoT solutions. Thus, it is essential for developers to localise their software and make it convenient for multilingual users. This process can improve the user experience, speed, and security of the software. To make this possible, using machine translations with the assistance of technical translation companies is important.