Using drones to harness the power of the wind

A new report has been published by IDTechEx Research into the feasibility of Airborne Wind Energy (AWE), a system that uses UAVs, or drones, to capture wind energy at heights higher than standard wind turbines. The concept began with kites flying in a figure of eight trajectory to create electricity from heights where winds are much stronger and more consistent than those tapped by conventional wind turbines on land or even offshore.

It then progressed to many variants, the most promising in the near term being a helical or circular trajectory using a drone. This provides steady electricity production before the drone has to be retrieved and then started again. Drones can even launch when there is no ground wind at all. Several companies are planning to sell AWE over the coming years despite none having flown a prototype for more than 24 hours as yet - early adopters, however, are tolerant because this may be the start of something big. Businesses want hands on experience of complete systems producing serious power.

In new report, Airborne Wind Energy AWE 2017-2027 IDTechEx Research discovered a number of surreal aspects surrounding AWE. Five of the developers that impressed IDTechEx answered that the peer developer they most admired is Google Makani (see video below) despite it having had little to tell the world over the last two years beyond key people leaving and some patents being registered for use on ships. This project reached an impressive stage with a finely engineered 600kW prototype.

Purpose
The purpose of the new report is to assist investors, developers and others in the value chain with independent technology roadmaps and appraisal of the commercial prospects for this technology and what progress most of the leading players have really made and will make in future. The report focuses primarily on the most promising players - those that are likely to commercialise complete systems within the next ten years at power levels of at least 10kW. The report shows that the opportunity splits into two very different requirements then subsets of these.

The lead analyst on the new AWE report grew a large high-tech manufacturing business from near start-up to sale for $500m. He has a measured view of time and investment needed. The report puts AWE in better context, providing new technical and application ideas to increase the chances of success. The report is constantly updated with appraisal of important news and new interviews coming in.

The report claims that, after a slow start, AWE could be a business of tens of billions of dollars in 20 years, but not in direct competition with conventional wind turbines. Other opportunities are much larger and do not involve the risky tactic of merely selling on price of electricity. Benchmarking and assessment reveals that software and services will be a significant percentage. There are several dilemmas being tackled on the way to this becoming a genuine business over the coming decade. Here are just a few examples.

The lightning dilemma
Anything operating at the heights of AWE attracts lightning. A regular aircraft is usually a Faraday cage and its contents will usually be unharmed by a strike. With AWE, one respondent told IDTechEx that the tether will be destroyed by a strike, not the craft. One said that this is a reason for making the craft capable of flying free of the tether and landing safely – not flying off into the local town. One said however, that the highly insulating tether guarantees no strike. Several respondents said they will rely on grounding the system based on lightning forecasts but these are unreliable so, to be safer, utilisation may be more affected than is currently envisaged. 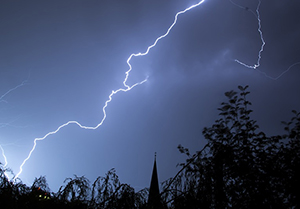 The illumination dilemma
AWE will rarely be viable at the heights of conventional wind turbines and this poses the dilemma of visibility. When up at the optimal 400-1,000 metres they are virtually invisible in the increasingly favourite form of aerofoils, including aircraft with lifters, but this is only true in no fly zones created legally or by remoteness. Otherwise they will need identification lights. At night time, particularly with crosswinds, they will draw a large lit pattern in the sky, creating visual pollution.

There is a dilemma as to how that illumination should be done. The report revealed cases of making a non-conductive tether conductive with a low power cable for lighting etc., alternatively creating the electricity in-situ with a microturbine or planning tracking illumination beams from the ground. The report shows that making electricity in the aircraft by electrodynamic, photovoltaic and/or triboelectric harvesting is particularly attractive but if the tether itself must be illuminated, that is more of a problem. Perhaps the self-powered aircraft lighting could shine down on the tether to some extent and it could be luminescent. 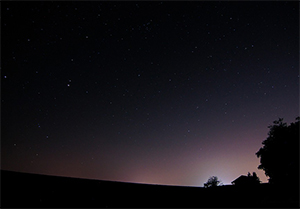 In terms of noise and aesthetics, conventional wind turbines are a blot on the landscape to some, and nothing more than a field of pretty oversized windmills to others. AWE may go the same way. Zooming bright lights across the sky in an area of outstanding natural beauty, for example, may be met with consternation in some quarters, while the addition of a light show to the night’s sky may be welcomed by others.

Derisked technology
AWE technology leverages existing technology for other things, greatly reducing risk. The drone, autonomy system and ground generator with energy storage, leverage electric vehicle and aerospace technology. The tether and, if used, the kite, leverage existing sailing and kite flying technology. This gives hidden economy of scale and proven technology. To that extent investment in AWE is a much lower risk than is commonly realised.