The wealth of drone development platforms

Over the past decade, few emerging technologies have captured the public’s imagination as keenly as unmanned aerial vehicles (UAVs) - or as they are more commonly known drones. Their development and usage was previously restricted predominantly to military-oriented applications.

However, the massive commercial success and overall pervasiveness of smartphones from the late 2000s onwards has helped create a ‘perfect storm’ of advances in electronics and volume-driven cost reductions to enable a surge in drone popularity to be witnessed in the last few years.

The production of cheap, lightweight microcontroller-powered flight controllers, sensors such as accelerometers and gyroscopes, global positioning systems and cameras, plus advanced battery and wireless technologies, have resulted in the rapid proliferation of small, consumer-level quadcopters with low price tags.

The market horizon for drones

Research commissioned by investment bank, Goldman Sachs has estimated that drone technologies will reach a market size of $100 billion by 2020 across military, consumer and commercial sectors. Outside of the military sector (which still represents 70% of the total), figures from Gartner show that consumer drones dominate unit sales. They represent 94% of overall shipments, but constitute only a fraction of the actual revenues with entry-level drones typically costing just a few hundred Euros).

Commercial drones, meanwhile, may only represent 6% of market unit volumes, but their substantially higher price tags (typically starting at several thousand Euros, rising into tens of thousands in many specialist cases) are projected to represent over 60% of non-military market revenues.

While sales of consumer drones are still growing at a healthy pace, the commercial market represents the greatest opportunity (with unit sales rising even more rapidly, accompanied by far higher average selling prices), and is predicted to reach $13 billion by 2020. The commercial market is also producing the most compelling new use cases, as drone technology evolves - thereby helping propel the market forward.

Drones can be substituted for many traditional methods of operation, reducing time and cost through lower requirement for human interaction and safety infrastructure. Aerial photography and videography are perhaps the two most common current uses for these items of equipment, allowing real estate agents, event organisers and hotel proprietors to easily and inexpensively produce professional visuals.

In addition, drones are also expected to become part of daily operations across industries as varied as private security and surveillance, logistics, insurance, agriculture and journalism. According to industry analyst firm PwC, the most promising sector appears to be infrastructure, with a global potential value of $45 billion, followed by agriculture and then transportation. 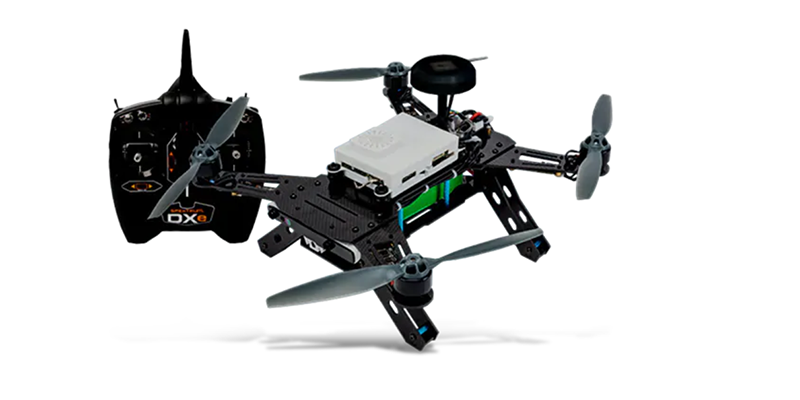 Drones can also enhance data analytics, allowing companies to better understand and predict operating performance - and in some industries, even enable entirely new business models and opportunities to be realised. Management consultants, BCG estimate the industrial drone fleet in Europe and the US will be made up of more than one million units by 2050, worth $50 billion, with much of the value linked to drone services and data collection.

Companies may subcontract operation, management and maintenance of drones to third parties. Telecommunications operators might offer data communications services for guiding drones and relaying the data they collect. Indeed, BCG estimate that value-added services will represent almost half the $50 billion total market.

When thinking about drones, many people may imagine either military or consumer applications. If they consider commercial applications, many will jump to the possibility of delivery drones - an application which receives regular high-profile media coverage. However, it should be acknowledged that these still face significant logistical and regulatory obstacles. The scope for commercial drones goes way beyond this at the possibilities for such equipment are varied and continuously expanding.

Site surveys and construction planning are also benefiting from drones equipped with LIDAR sensors that enable centimetre-accurate mapping of potential building sites. Archaeologists no longer have to rely on light aircraft pilots or stagnant satellite imagery when studying potential sites for excavations. Drones allow them to obtain high quality, low altitude imagery, so they can better plan where to dig, saving time onsite. Furthermore, the imagery can be used to visually document finds as they are uncovered.

Agriculture and infrastructure - Agriculture is pioneering the use of drone technology to improve yields, save time and cut costs, using mesh-networked drone swarms to spread seeds, fertilisers and pesticides, as well as to monitor crops or livestock. Another emerging use for drones is to provide airborne wireless access points, which could prove useful in situations such as disaster recovery, high participation live music or sporting events, or in less-developed parts of the world, where the cost of installing traditional telecommunication infrastructure is prohibitive.

Emergency and medical response - Drones are being deployed in countries lacking adequate healthcare facilities to deliver lifesaving medications, blood for transfusions and specialist medtech devices to victims in remote locations.

Meanwhile, the Federal Aviation Administration (FAA) is beginning to approve such services in the US, initially targeting rural or highly remote locations. Search and rescue operations are also using drones, not only to locate lost individuals, but to deliver supplies (such as food, water, first aid kits and communications devices) until rescuers can physically reach individuals.

Drones are being adapted for use in firefighting (incorporating special materials and design features to combat high temperatures), helping reduce safety risks by taking on exploratory tasks, freeing up humans to focus on higher order activities like rescuing victims and containing the fire itself. Using tools such as altimeters, laser scanners and inertial management units (IMUs), drones are better able to safely navigate inside buildings, where GPS signals are not reliable.

This could prove crucial to attracting and maintaining subscriber bases for traditional media businesses. Drones are also being used as an alternative to fireworks and pyrotechnics in SPAXEL ‘space pixel’ systems, where swarms of drones with LED lighting systems are dynamically combined into beautiful and organic airborne light displays.

The vast number and the wide breadth of drone applications is driving demand for bespoke capabilities to address specific use cases. An expansive range of drone development platforms is available to help design engineers balance this demand with the need to minimise time-to-market - mixing tried-and-tested, professional-grade functionality with maximum configurability and customisation options.

STMicroelectronics’ STEVAL-FCU001V1 evaluation board is a compact flight controller unit (FCU) for small/medium-size quadcopter drone designs (using brushed or brushless DC motors). Scalable and efficient, with sample firmware to accelerate development, the FCU helps designers evaluate the performance of IMU sensors during flight conditions. The board incorporates a 32-bit microcontroller, and can be controlled by a standard external RF remote controller or via Bluetooth using a smartphone or tablet.

It also includes a battery charger chip, an inertial module with low power digital accelerometer and gyroscope, plus an embedded magnetometer and pressure sensors to support 3D navigation applications. SWD, I2C and USART connectors are available for firmware development and debugging, and to support additional external sensors or RF modules.

The DFRobot UAV V3 development platform comes with a 16-bit DCS, 3-axis accelerometer and dual-axis gyroscopes. By itself, it can be used to develop a 3-axis IMU controller, and with the addition of a GPS receiver, it can form the basis of a UAV controller. It comes with self-testing firmware that serves as a starting point to develop your own control and navigation firmware. There is also fully functional, open source autopilot firmware available.

The PX4 Autopilot software, pre-loaded on the FCU (which features a 32-bit microcontroller, IMU, magnetometer and altitude sensors), provides an open-source, fully-featured flight stack. Developers can also build their own drones by combining the compute, storage, communications and flexible I/O capabilities of the Aero Compute Board with the three-camera Vision Accessory Kit and the Enclosure Kit, a two-piece plastic assembly designed to hold both components, with mounting features to allow easy attachment to most UAV airframes.