Industry is becoming increasingly reliant on process automation to meet productivity targets, by ensuring consistent product quality and high throughput. A process can be fully automated, free of human intervention from end to end, or partially automated combining the strengths of human workers and machines.

Imagine humans and machines cooperating in the same space, and many today will probably picture an array of multi-articulated collaborative robots (cobots) programmed to handle the repetitive or physically demanding tasks while their human co-workers provide the manual dexterity or creative inputs needed to complete the process. However, introducing cobots to a factory demands significant process re-optimisation and physical reorganisation of the workspace.

On the other hand, manufacturing businesses can begin to capture the benefits of robotic process automation in a simpler and less invasive way. Many production lines are staffed by human workers, performing processes on workpieces supplied by a conveyor belt (figure 1). Increasing the conveyor speed should feed the workpieces more quickly and enable increased productivity, but often this is not the case.

Although the workers are physically able to keep pace with the faster transport, problems can occur as workpieces reach end-stops at higher speeds and can become displaced or even fall onto the floor. Productivity can be reduced as the result of increasing the conveyor speed. 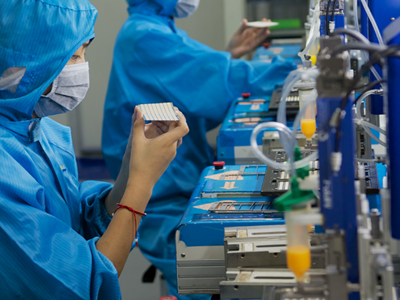 Figure 1: Linear robots can be introduced non-disruptively into established workflows.

Robot technology can help overcome this problem. Linear robots can replace conventional conveyors and are easier to program, with digitally-defined start and stop locations with no need for mechanical end stops. Acceleration and deceleration happen smoothly within pre-defined distances, allowing fast transit speeds.

Several of these modules can operate independently on the same production line to replace a single, unvarying, fixed-speed conveyor. This gives the flexibility to optimise transport speed in multiple sones along the line to suit the requirements of each process and balance the workflow.

Moreover, the flexibility to move in forward and reverse directions opens new opportunities to achieve even greater efficiency. Yamaha has enabled several customers to take advantage of such benefits by integrating its LCMR200 robotic linear conveyor module (figure 2) into production lines. This model is fast, efficient and also less demanding of workflow reorganisation than arranging multi-axis articulated cobots.

This modular, linear robot can provide a convenient introduction to the potential for robot process automation, which can extend from simple replacement of a conveyor or indexing table to full end-to-end process automation in a guarded robot-assembly cell.

When required to create a complete robotic automated process flow for building small products such as loudspeakers or automotive modules containing several constituent parts, solution integrators often need to combine robots of various types to perform all the individual assembly actions cost-effectively and in a space-efficient footprint.

To assist, Yamaha has a comprehensive selection of industrial robots in all commonly used types from the modular LCMR200 and other single-axis robots to cartesian and SCARA robots. These give solution integrators all the options they need to create an efficient workflow even when factory floor-space is tight, while also taking into account important considerations such as maintainability, programmability, and ease of use.

There are many space-saving aspects of Yamaha’s robot lineup, such as the ceiling-mounted orbit-type YK-TW series of SCARA robots that permit underpass motion allowing the tip to pass beneath the main unit (figure 3). Achieving a compact process footprint can be extremely important, for example to OEMs looking to ‘re-shore’ or bring formerly outsourced processes back under in-house control.

Although global economic changes can mean re-shoring makes financial sense, often the local factory has very little real-estate available to host the returning processes. Where every square centimetre is valuable, orbit-type SCARA robots have shown they can operate within incredibly tight spaces. With 350mm arm length and 5kg payload capacity, installation width of just 492mm can be achieved. 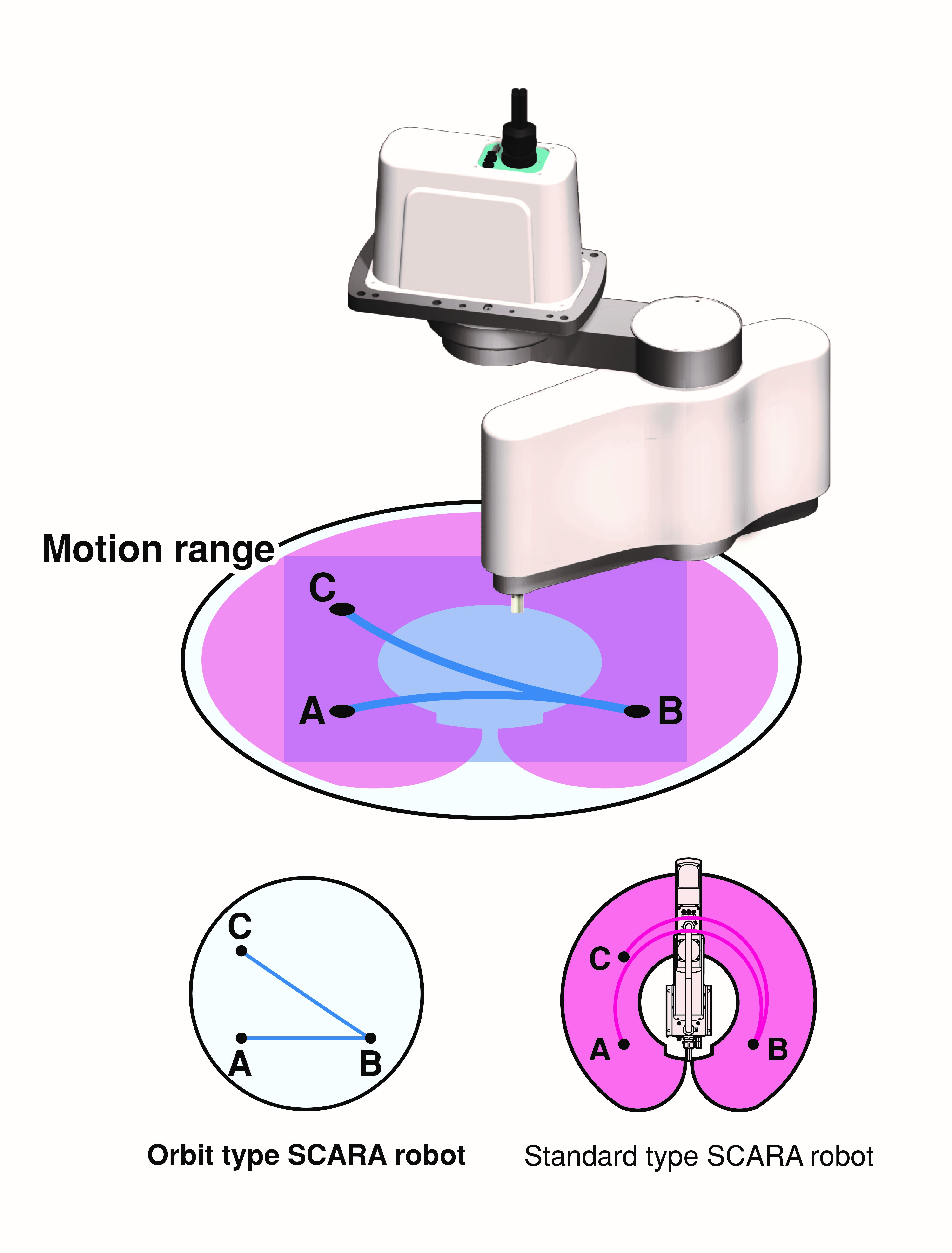 The main strengths of SCARA robots lie in quickly retrieving and moving workpieces, and in performing assembly processes such as driving screws and accurately dispensing adhesives, sealants, or thermal-interface materials. Typical sizes of SCARA robots range from arm length of about 120mm with payload capacity of about 1kg, to 1200mm models capable of handling as much as 50kg.

Benefiting from long experience, rooted in early industrial robots created to automate high-volume assembly of motorcycle parts in the 1970s, Yamaha has been able to develop its robots to a high level of sophistication with innovative features such as the TRANSERVO that enables stepper motors to deliver both high speed and high torque.

Other features that integrators value to help simplify solution-design challenges include low-maintenance lubrication and effective contaminant barriers, innovative high-rigidity mechanical parts that ensure superior accuracy even under high pressing forces, and widespread use of position resolvers which are more robust and reliable than traditional optical position detectors.

With a variety of control systems to choose from, integrators can configure an affordable solution to satisfy the major automation challenge while also leaving the pathway clear for future adaptability and scaling. Simple control units for basic positioning and driving allow single-axis robots to be easily controlled with coordinate pointing or pulse-train input, to minimise programming.

On the other hand, multi-axis controllers can be used to handle one or more single- or twin-access robots simultaneously. Up to four 4-axis controllers can be linked in master-slave configuration to manage as many as 16 axes and consolidate control in one program written in Yamaha’s robot language, which is an extended version of BASIC.

Success in a first automation project often encourages operators to scale or augment their systems for greater productivity or end-of-line quality. Introducing machine vision is a popular upgrade, although the technology typically demands specialised knowledge and traditional setup processes that can be complicated and time-consuming.

Challenges commonly encountered include establishing communications between the vision system, the robot, and other subsystems such as tracking. Additional obstacles include calibrating the vision system and ensuring accurate registration of workpiece data.

Yamaha set out to make robot vision easier when creating its RCXiVY2+ system. In a typical robot-vision system, the cameras are connected to a dedicated vision processor, which then communicates with the main system controller via a serial data link. In RCXiVY2+, the image processing, lighting control, and processing of the conveyor-tracking data are all handled within the robot program, using dedicated vision instructions created by Yamaha and added to the extended BASIC instruction set.

With hardware including a vision board featuring a GigE camera interface, a lighting-control board, and tracking board all easily installed directly in the RCX3 series multi-axis robot controller, many integration issues are bypassed and compatibility with peripherals is assured. Also, because the vision is managed from the robot program, there is no need to create a coordinate-conversion routine.

In addition, Yamaha’s integrated system boosts performance by eliminating the delays experienced with conventional vision as the camera data passes through a separate vision processor and then to the robot controller.

To accelerate setting up the system, a simple calibration process aided by a wizard helps quickly align the camera coordinates, and a graphical tool reduces workpiece registration to three easy steps by assisting with image capture, contour setting, and registration of the detection position. Overall, the setup time is about 80% faster than with a conventional machine-vision system (figure 4).

When in action, a powerful image-edge search engine enhances part detection. The system can detect screws and washers that are securing parts, detect items in a package or on a printed-circuit board, check drilled holes, and count objets such as bottles in a pallet or electronic components. The camera’s DVI-I output lets users analyse the search status at any time and users can register up to 254 additional custom parts for automatic detection.

RCXiVY2+ cameras can be mounted in fixed locations above and/or below the workpiece, or on the robot. When mounted on the robot, camera coordinates are automatically adjusted to correct for movement.

The RCXiVY2+ system also introduces a new approach to image processing known as ‘blob detection’, which can recognise objects that are irregular shapes up to ten times faster than traditional edge-detection methods. This enhances picking, presence recognition, and high-speed counting of multiple workpieces and is particularly effective with items such as foodstuffs and clothing, thereby expanding the possible range of applications for robot vision. The system can also recognise overlapped pieces and exclude these from the search target.

Conventional manual assembly processes, even when assisted by basic automation such as motorised conveyors, offers limited scope to increase throughput and productivity. Typical approaches to improving tact time can often have the opposite effect on productivity, while adding more workers and extra production lines adds to operating costs and demands more factory-floorspace.

Beginning the journey into robotic process automation can be easy and non-disruptive if tackled in the right way, such as by replacing inflexible conveyors or space-hungry indexing tables with programmable linear robots. As confidence rows, automation can be extended to other processes and production lines, and upgrades such as machine vision can be added, delivering an ever-increasing return on investment.