More than half of Brits would embrace working with a robot

The concept of robots living among humans has often been explored within the genre of sci-fi. And whilst the idea seems far-fetched, the idea that robots could become part of everyday life has become a topic of conversation. With the influence of TV shows such as Westworld and Humans, and movies such as Blade Runner and Her, robot-human relationships has become a concept many have begun to form an opinion on. As AI continues to advance, the possibility of building relationships with robots grows.

With smart speakers such as Alexa already a central component in the homes of many, are robot companions really that hard to imagine? With an interest in emerging technological trends, the largest UK-owned marketplace, OnBuy.com analysed a survey conducted by YouGov to understand the thoughts and feelings of Brits surrounding robot companions*.

Understandably, a large majority saw this as a step too far into the future, with a staggering 82% of men and 93% of women responding ‘No’ to forming a romantic relationship with a robot. If you look at the figures broken down an overwhelming 66% of men and 83% of women stipulated, they ‘Definitely would not’; demonstrating their stern opinion towards the subject. 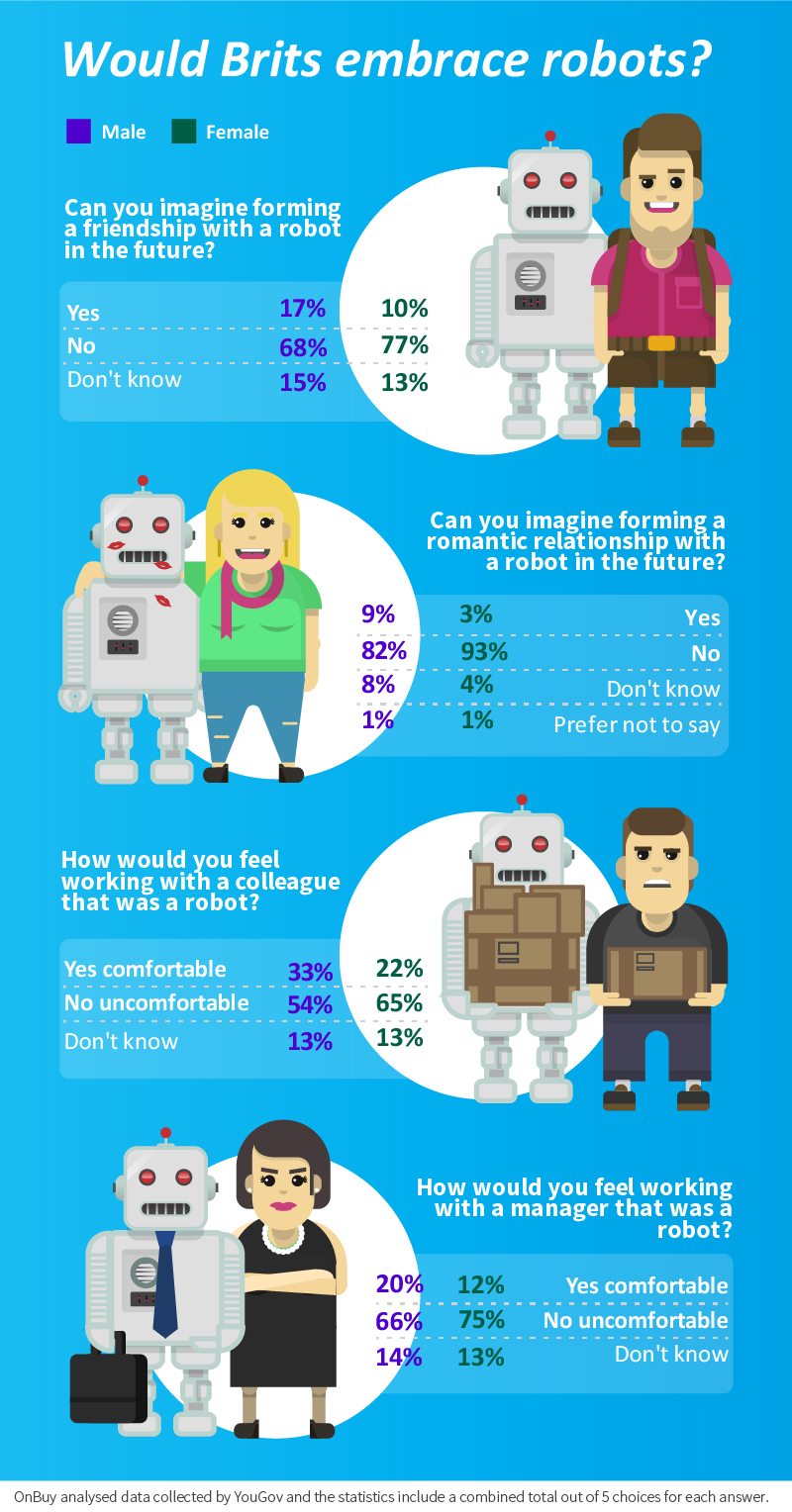