Employees plan to delegate tasks that they are not that confident with robots completing, and this has sparked research to show that millennials plan to use robots to avoid human interaction at work, commissioned by ABBYY. The research, of 1,200 employees in the UK, found that 17% of 18-34 year olds hate speaking to customers, yet only 4% of over 55s felt the same. What’s more, 1 in 10 (10%) of 18-34 year olds would delegate speaking to customers to robots, again compared to only 4% of over 55s.

As the younger generation grow alongside technology, they are becoming accustomed to menial tasks being more efficiently conducted through automation. However, the survey highlights that this is allowing them to also hand over some tasks which require their attention, such as human interaction, potentially causing a huge plug in communication.

Millennials were far less interested in speaking with customers for example, with 17% regarding it as one of their most hated tasks, over four times more than those over 55 (with just 4% agreeing).

The study also found the following when it came to communication in the workplace:

However, only 5% of those aged 18-34 believe robots would be better at speaking to customers, or communicating with colleagues (2%), demonstrating that millennials are aware of the importance of human involvement within these tasks. The fact there is ambition for these tasks to be handed over to robots could therefore show a lack of confidence from the younger generation in taking on these tasks themselves.

In fact, the older generation show much more confidence in themselves as workers – indeed half (50%) of over 55s don’t believe a robot could do better than them at tasks, compared to only 34% of 18-34-year-olds. The older generation are also much less willing to hand over certain tasks to robots, with 44% of over 55s claiming they wouldn’t delegate any tasks to robots.

Yet, in some instances this means that the older generation are prioritising doing menial tasks that COULD be delegated to a robot. For example, the results found: 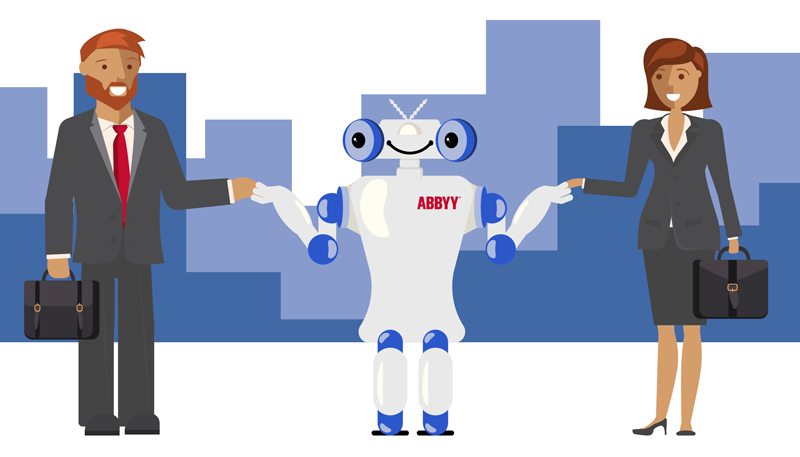 Neil Murphy, VP Global Business Development at ABBYY said: “Our survey shows that millennials are keen to hand over valuable tasks, such as human interaction, yet the older generation aren’t yet willing to give up the tasks that could be delegated to robots. What’s important to understand therefore is which tasks require human-to-human interaction and which don’t, and educating staff on how best to make the most of their time alongside automation.”

There is a huge value in humans being involved in tasks which include other humans – a personal experience for both colleagues and customers alike builds relationships and trust, and there is a large demand for this type of interaction, with robots unable to improvise during conversations and lacking emotional intelligence.

Murphy concluded: “Once staff understand how to work in partnership with robots, they will be able to spend more time adding value to their business where it matters most and building their confidence in tasks which require their involvement – such as communicating with customers and colleagues. The administrative tasks, such as content automation, can therefore be taken by content intelligence solutions, for example, without replacing workers.”