Our website is made possible by displaying online advertisements to our visitors. Please consider supporting us by disabling your ad blocker.
Home > Industries > X-ray tech – ultrasound stickers that can see inside the body
Medical

X-ray tech – ultrasound stickers that can see inside the body

Superman had x-ray vision and now engineers at MIT (Massachusetts Institute of Technology) are giving that power to the people – via a small adhesive sticker.

Anyone who has been for an ultrasound scan knows how big and bulky the imaging technology is. Plus, it is a time-consuming process. From waiting for an appointment, to taking time out of the day to get to a hospital, before finally waiting for the results.

But what if there was another way – in the form of a small adhesive patch?

And what if that patch was available on-demand?

Well, that patch has become a reality.

What is the patch?

It is a small sticker, measuring 2cm2 x 3mm deep, which is the approximate size of a postage stamp, and it is made up of two thin layers of elastomer that surround a middle section of solid hydrogel. The bottom layer of elastomer sticks to the skin, and the top layer has a rigid display of transducers that the MIT engineers both designed and fabricated. 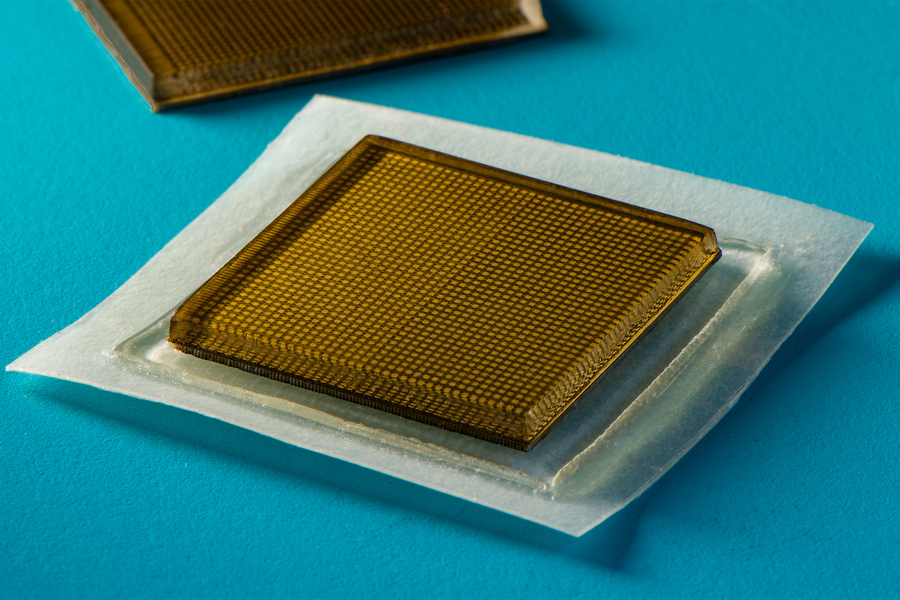 What does it do?

The device has been designed to be able to see into the body, enabling peoples’ internal organs, such as stomachs, hearts, and lungs to be monitored. The dual concept of the elastomer layer and the rigid top layer allow the device to securely move in tandem with the skin, whilst still projecting clear and precise images.

Where previous wearable imaging technology was of a low resolution with short imaging durations, the innovative sticker from MIT has a higher resolution and lasts for up to 48hrs.

How does it work?

Traditional ultrasound scans work when gel is placed on an external part of the body, and a probe is placed on top of that gel. High-frequency soundwaves are then emitted, creating echoes which the probe picks up. The echoes are converted into moving, real-time images.

The wearable sticker will work in a similar way, but the MITs hydrogel, unlike traditional ultrasound gels, is elastic and stretchy. The elastomer layers prevent dehydration of the hydrogel that’s needed to transmit images.

“Only when hydrogel is highly hydrated can acoustic waves penetrate effectively and give high-resolution imaging of internal organs.”

The patches were tested by being placed on volunteers’ various body parts, including their necks, chests, stomachs, and arms, whilst they were performing a series of exercises such as sitting, standing, jogging, and cycling. The images were clear and transmitted for up to 48hrs.

What is a tiny ultrasound sticker able to pick-up?

The engineers were able to observe major blood vessels as they changed diameter, depending on whether the volunteer was sitting or standing, and they watched as the heart changed shape during exercise.

They were also able to see the stomach swell and then shrink after a volunteer drank juice, and then passed this back out of their system.

When will they be available?

The sticker can be used in hospitals immediately, and though it doesn’t require hospital staff to constantly use a probe to get an image, it is still reliant on being connected to machinery.

However, the aim for the MIT engineers is for people to be able to use the stickers themselves at home – whether they’ve been prescribed by the doctor or bought from a pharmacy.

It is hoped that by utilising wireless technology, the patches will communicate directly with mobile phones, allowing AI algorithms to analyse the images on-demand. Once the technology goes wireless and the algorithms are in place, the images will then be better interpreted and diagnosed.

This is a huge breakthrough for imaging technology, and it has the potential to do anything from detecting muscle damage to monitoring tumours as they grow.

The innovation of this small but mighty patch has the potential to usher in a life-changing era for many people.