The need for EMI filtering in medical devices

There is also a trend toward more automation to monitor patients and help perform diagnosis and communications technologies such Bluetooth, Wi-Fi, and other wireless computer links, meaning technologies must co-exist the same space. For example, devices operating under FCC Part 15 rules must accept any interference from primary us­ers of the frequency band. (Note: FCC Part 15 is applicable to certain types of low-power, non-licensed radio transmitters and certain types of electronic equipment that emit RF ener­gy unintentionally).

The consequence of EMI with medical devices may be only a transient ‘blip’ on a monitor, or it could be as serious as preventing an alarm from sound­ing or inappropriate device movement leading to patient injury or death. While the numbers of reports with possible links to EMI have been steady, these numbers are generally not indicative of the actual occurrence of incidents. Indeed, in investigating possible EMI-related problems it is usual­ly the case that the electromagnetic energy which caused the issue may have simply been shut off or removed from the area. Only through careful measurement and testing can the true na­ture of EMI be determined. 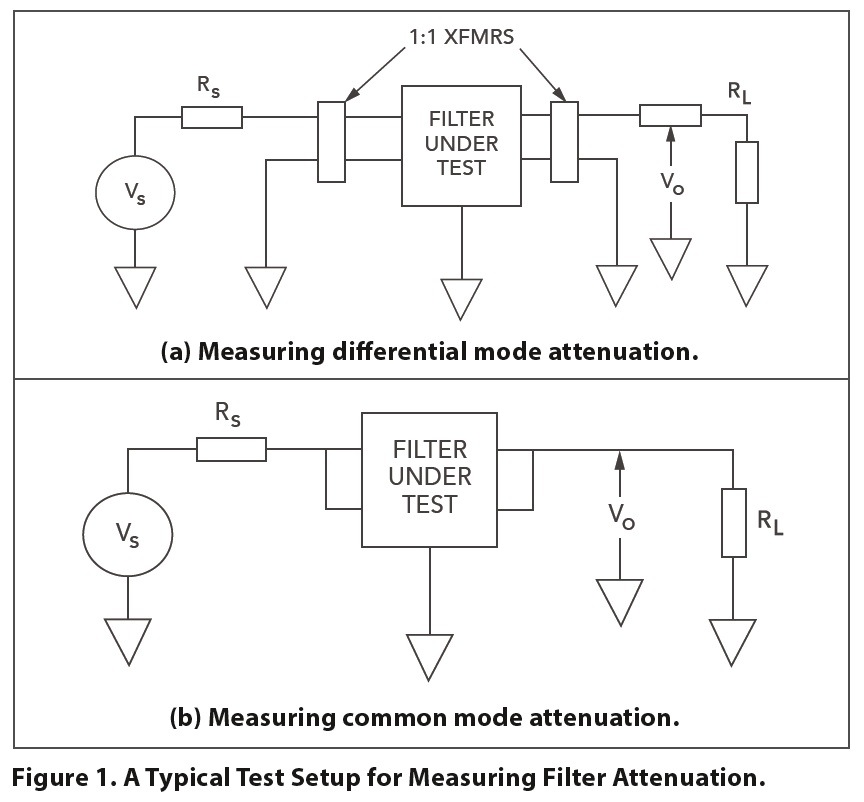 The Center for Devices and Radiological Health (CDRH) has regulatory authority over medical devices and has been the leader in the USA of examining medical device EMI (electromagnetic inter­ference). Extensive laboratory testing has revealed that many devices can have immunity problems caused by EMI. The primary standard required by the CDRH/FDA in the US is IEC 60601-1-2: International Electrotechnical Commission – Medical Electrical Equipment - Part 1-2: Gener­al Requirements for Safety - Collateral standard: Electromag­netic Compatibility - Requirements and Tests.

Emissions can be divided into conducted emissions and radiated emissions. The primary immunity threats are radiated immu­nity, power disturbances and ESD. Emissions need to be controlled so that the energy gener­ated by the device does not cause a problem to any nearby equipment. Radiated immunity deals not only from its own emissions, but more to intentionally transmit­ted electromagnetic energy due to RF from commercial, broadcast, and military or aircraft communications. Pow­er disturbances can be continuous or transitory in nature caused by nearby ‘noisy’ equipment. ESD is due to a gradual build-up of charges, but creates an issue when the charge build-up reaches amplitude suffi­cient to create a discharge generating a conductive current surge and localised radiated transient field. It should be remembered that EMC includes self-compatibility, meaning equip­ment should not generate a powerful enough field to inter­fere with its own operation.

Unfortunately, EMC is typically the last step in a design. When all the other product features have been implement­ed and the functionality is established, any EMC problems are then solved. At this point, EMC compliance becomes expensive, time-consuming and difficult to handle. Manufacturers should therefore always start thinking about EMC in the ear­ly stages of product design. This pertains to the EMI power input filter as well. Designers often forget that an EMI filter can assist not only with conducted emis­sions, but also in meeting immunity and fast transients re­quirements along with radiated emissions too. A power line or mains EMI filter placed at the power entry point of the equipment is installed in to prevent EM noise from exiting or entering the equipment. Even for military-aero­space equipment, they must be protected from failure due to EMI noise, and security requirements may call for filters to protect classified data. 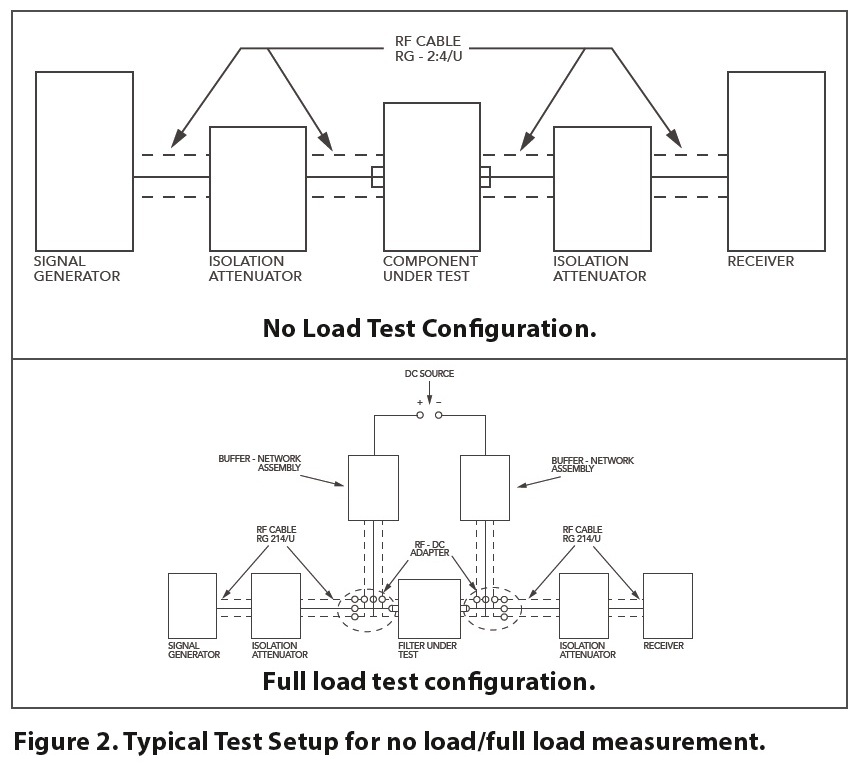 The design parameters for selecting an appropriate EMI filter include the attenuation or insertion loss, rated current, rat­ed voltage, and regulatory approval requirements specified by the user. However, there are many other parameters that should be or must be considered to get the most efficiency, re­liability, and proper operation from the filter.

Filters are typically characterised by their insertion loss, which is expressed in dB. The insertion loss is a measure of the load reduction at the given frequency due to the insertion of the filter. It is important to note that the insertion loss of a filter is dependent on the source and load impedances, and thus cannot be stated independently of the terminal load/source impedances. Despite this fact, filter manufacturers of­ten list an insertion loss value on a filter’s data sheet without specifying these impedance values. A common mistake is to use a filter solely based upon the standard 50Ohm input/50Ohm output insertion loss that is typically published by the filter manufacturer’s catalogue data per MIL-STD-220. This can be misleading, because for that particular filter to work properly with a device, the input impedance into the power cord of the device must be 50Ω. This is a rather unrealistic design constraint to place on a product, as it is unlikely that the use of such a filter in a product will result in the filtering results specified by the man­ufacturer’s insertion loss data. This is why the selected filter must still be tested in the system to verify results.

Filters should not be expected to provide voltage regulation, clamping or smoothing. The value of inductive reactance should be kept small to prevent excessive distortion of the power frequency. The maximum value of line-to-line capaci­tance (differential mode) reactance should be no less than 100 times the filtered device’s input impedance. These two simple rules will help avoid power frequency issues such as voltage drop or waveform distortion. Test the filter for both common mode and differential mode attenuation. Adequate differen­tial mode and common mode filtering must fit the potential problem (see Figure 1). As any filter schematic is only an approximation of the filter circuit especially at higher frequencies, in real life the filter components exhibit toler­ance, saturation, and parasitics as well as coupling.

To design a good filter, the passband must be defined just as the potential interference frequencies. The level of anticipat­ed interference should be approximated. Comparing this to the required EMC standard will yield the degree of necessary insertion loss or attenuation.

Unless the design engineer has experience in filter design­ing, it is recommended that such assistance be called upon from a potential filter manufacturer like Schaffner EMC.mEMI test laboratories can also provide many filter choices.

The filter’s insertion loss or attenuation characteristics should be verified not just at the no-load, but for the full-load cur­rent levels as well (see Figure 2). Since inductors are one of the key components in the filter, it is important to note that variables such as the type of core material and saturation cur­rent level through the inductor can affect the value of the choke. Using the smallest loss value possible and keeping the inductor ESR small will help. For more information, see the period, insulation resistance and voltage drop (Figures 3 and 4) must be repeated.

The rated current should be equal to the max­imum input current to be drawn from the device being filtered. Chokes consist of an electrical conductor wound around a ma­terial with magnetic characteristics, the core. The choke always makes use of its magnetic characteristics to suppress RF noise. The core material determines the performance of a choke. It enhances the magnetic effects in the choke, improves the suppression characteristics and leads to more compact com­ponents. Core materials are also dependent on outside factors such as temperature or current. When used outside of its spec­ified current range, a choke can saturate, leaving it unable to supply its original impedance (see Figure 5).

The current overload characteristic of a filter demonstrates the filter’s ability to withstand the heat dissi­pated by the filter’s components when subjected to a higher than rated current of the filter. Typically, it is performed per paragraph 4.6.10 of MIL-F-15733 at 140% of the rated current under rated frequency for 15 minutes. After the required timeperiod, insulation resistance and voltage drop must be repeated

The rating voltage should be equal to or greater than the maximum input voltage to be supplied to the device being filtered. The rated voltage of the filter de­fines the maximum continuous operating voltage, i.e., the maximum voltage at which the filter should be used contin­uously. Short over-voltages are permitted in accordance with IEC 60939, but to avoid damage to the filter capacitors, the continuous voltage should not exceed the rated voltage for an extended period of time.

Figure 5 Saturation of a Typical Choke Due to Current

The impedance of the filter is measured at the relevant power network frequency, i.e., 50Hz for Euro­pean applications and 60Hz for North American applica­tions. This is performed at a defined temperature, such as 25°C. Current flowing through this impedance, of course, will cause a voltage drop across the filter resulting in a change in the voltage seen at the load end of the filter.

Voltage over-shoots and voltage peaks can come with high dv/dt values but are also a problem on their own. The inductance of the filter acts like a choke according to the energy storage principle. If chokes are subject to volt­age pulses, voltage peaks occur every time switching on or off takes place. The higher the energy content (inductance) of the choke, the higher these voltage peaks become. These amplitudes can, in turn, reach values that cause a stress situ­ation in the winding insulation.

Dielectric testing, sometimes referred to as hi-pot testing, demonstrates the ability of the filter capacitors to ensure higher than rated voltage. In filters, components are used that are connected between the phases of the supply net­work or between one phase and earth. It is therefore import­ant to determine how well filters resist high voltages.

A dielectric withstand test is performed by ap­plying a voltage between enclosure and phase or between two connectors for a defined time. The current flowing be­tween the same points is measured. Current flow means that the insulation is broken and the equipment fails the test.

During approval procedures, the test is usually performed over a longer period (typically one minute) with a defined voltage.

Many safety standards require the testing to be performed on 100% of all units, but to save time, a test with higher voltage but reduced time is accepted. It should be noted that repeated high-voltage testing can lead to a damage of the insulation. This test is a high-stress test for the capacitors inside the filter. Each additional test stresses the capacitors again and leads to a reduction of lifetime. Keeping the number of tests to a minimum is advised and Schaffner recom­mends keeping the number of tests to a minimum and never testing the filters at higher than the indicated voltages

Insulation resistance indicates quality of the filter capacitor con­struction and filter insulation system. Low insulation resistance may indicate a condition which may lead to possible deterio­ration over time. Sometimes this can be calculated from mea­surements of the DC leakage current at the specified voltage.

As well as off the shelf EMC filters, there is support for manufacturers with EMC lay­out and custom made solutions to help man­ufacturers meet any EMC, mechanical or electrical challenge.