Our website is made possible by displaying online advertisements to our visitors. Please consider supporting us by disabling your ad blocker.
Home > Industries > Opening up new possibilities in medical 3D imaging
Medical

Medical imaging technology has advanced tremendously since Roentgen discovered X-rays at the end of the 1800s.

By the 1930s, the more advanced hospitals routinely used the technology as a diagnostic tool for confirming broken bones and even detecting kidney stones. Since those early days, newer technologies have been developed to visualise the inner workings of the human body. Let’s take a look.

The cost of taking a closer look

The physiological functioning of human organs, particularly the heart, has been studied using various technologies developed over time. An electrocardiogram (ECG) is a standard test performed during health check-ups. Electrodes attached to the body that display an electrical waveform of the heartbeat can be used to check the activity of the heart muscle and any anomalies in the heartbeat.

A magnetocardiograph (MCG) uses technology to detect the slight biomagnetism the heart emits for more detailed cardiac electrophysiological information. However, because the biomagnetic fields are so faint, at just one ten-millionth the strength of the geomagnetic field, ultra-sensitive magnetic sensors are required to detect them accurately.

The SQUID (superconducting quantum interference device), which was developed circa 1970, represented a significant advancement in the measurement of biomagnetism. It is a magnetic sensor that uses superconductors to create an ultra-sensitive magnetic flux meter to monitor biomagnetism. However, the system needs to be housed in a shielded room to block out external magnetic influences and liquid helium cooling of the superconducting coils, making it large and expensive.

For the early diagnosis and treatment of diseases, medical device manufacturers created scanners for computed tomography (CT) and later magnetic resonance imaging (MRI). CT scanners produce incredibly accurate 3D scans of the body by using X-rays to slice up a sequence of images, which are then combined by a computer. Similar devices, MRI scanners provide precise images using powerful magnetic fields and radio waves. However, the number of healthcare facilities that can house them is constrained by the fact that they are both very expensive and massive pieces of equipment.

Because of the great need for smaller and safer technologies to visualise the body’s internal condition, development activities are ongoing among medical device makers around the world.

The electrical resistance of a solid object changes as a result of a magnetic field, which is known as the magnetoresistive (MR) effect. MR sensors detect magnetic field change or the presence or absence of magnetic material as a voltage change and, therefore, offer a potential alternative to SQUID technology.

TDK’s Nivio xMR sensor component uses an MR element based on cutting-edge spintronics, which the company has matured over the years through its experience manufacturing hard disk drive (HDD) heads. Its small size and high sensitivity have been achieved by precisely controlling the MR element's properties and fine-tuning the structural design.

As these sensors remain highly sensitive at room temperature, they do not need a large cooling system, unlike SQUID sensors. Additionally, their wide dynamic range is not saturated by geomagnetic fields, potentially enabling use in non-shielded spaces. Because of these two benefits, medical device makers anticipate that by using the MR sensor component, smaller and more affordable pieces of equipment can be created to assess biomagnetism.

The heart is one of the most crucial indicators of health because heart disease is the leading cause of mortality worldwide, according to the World Health Organisation (WHO). Using TDK’s Nivio xMR biomagnetic sensor component, advanced magnetocardiographic diagnostics could potentially become low-cost and more accessible. 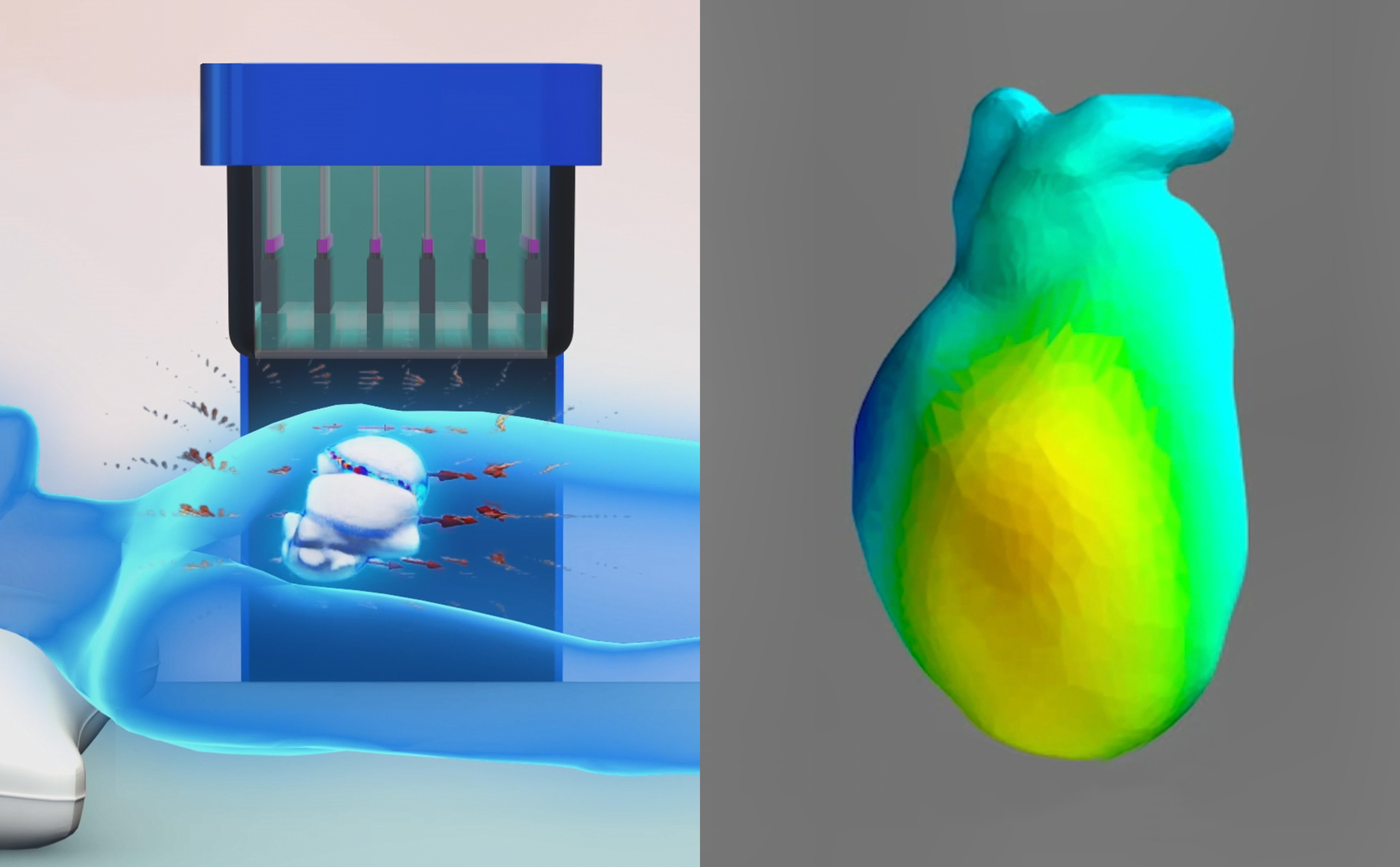 By combining data captured by the Nivio xMR sensor with MRI and CT images, 3D imaging of the heart will be possible

There are already prototypes in development that have the capability to visualise magnetocardiographic data in 2D by placing a unit lined with 36 MR sensors near the patient’s heart. By arranging the sensors on two planes, top and side, medical device manufacturers anticipate that magnetocardiographic data may potentially be acquired from two directions and combined with MRI and CT images to display cardiac activity as 3D images.

Major advancements in medical technology are being driven by the newest digital technologies. By creating an ultra-sensitive magnetic sensor component that can detect weak biomagnetic fields, TDK is contributing to the creation of a future in which smaller, more affordable advanced medical technologies may be developed. Their highly sensitive magnetic detection capabilities are expected to be applicable not only in medicine and healthcare equipment but in a diversity of other fields like the detection of metallic foreign objects and mineral exploration.