Steve Rogerson looks at how women’s health is reaping the benefits of wearable technology.

When a wearable device for improving a woman’s sexual health and pleasure scooped the digital health and fitness award at this year’s Consumer Electronics Show in Las Vegas, it signified a maturing of the wearables industry, especially given that the company behind the product, OhMiBod, was initially refused permission to exhibit when it first applied six years ago.

In many ways, this should have come as no surprise as people have been experimenting with technology for sexual enjoyment since the first mobile phone appeared with a vibrate option, but wearables today, with the ability to sense ever-more accurately, people’s vital signs and the intelligence to respond accordingly, have meant that such products are not only drifting into the world of clinical medical devices but are also providing routes for personal enjoyment.

After all, the fitness trackers in phones, watches and other wearables are seen by many as a form of entertainment rather than a serious medical application. If they also make people healthier, then all the better. That said, many start-ups as well as major traditional players such as Philips are also looking at having their wearable technology certified for use as medical devices.

“The trend in the consumer space has been the general fitness and wellness market,” said Ravi Kuppuraj, Chief Architect for Patient Care and Monitoring at Philips. “The innovation has been an order of magnitude faster than in real medicine. There are regulatory issues for serious medical use and the bar is higher.”

Rapid improvement
However, he acknowledges that the quality of products over the past three to four years has increased dramatically in their ability not just to measure healthcare parameters but also in what can be done with that information.

“The quality of the data that people are getting has gone up,” he said. “The combination of mobile and cloud computing means you can also do a lot more with the data. This is making these wearable devices a lot more useful.” 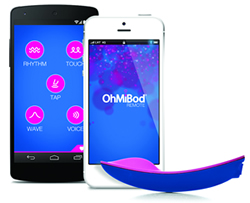 However, to move these devices from recreational use to qualified medical products is not easy, especially as many new, innovative companies do not have the experience to negotiate the regulatory maze.

“Regulatory approvals are challenging for a lot of start-up companies,” said Kuppuraj. “And the regulatory hurdle is uneven. The US has a longer, harder path than other countries. However, the FDA is showing a more progressive attitude - that started with mobile apps where they have said they don’t need the full approval. The path towards getting these devices to be clinical grade medical products will get better.”

He said a good example of how these devices had improved was in the measurement of blood oxygen levels where the technology had moved from being in a box to a clip that fitted on someone’s finger.

“There are more of these things in form factors that are less obtrusive and allow continuous monitoring,” he said. “But it is not just the individual sensors but the combination of them that is making a difference, where you can compare blood pressure and temperature and you can process the information on a mobile system or in the cloud, and mix this with other factors about the patient. That is what is transforming the market. And it is happening now.”

As to the future, he believes there will be major developments in heart monitoring.

Heart felt
“Heart failure is the biggest killer,” he said. “So if you could measure the pressure on the heart chamber in a non-invasive way, that would be fantastic. Changes in the pressure show up several weeks before a heart failure. There is innovative work on this and it will come.”

He also sees the use of personal wearable medical devices becoming more a way of life, where you can have, for example, devices embedded in clothes and footwear and that look a lot more subtle and less artificial.

A good example of this is California company Bellabeat, that has developed the Leaf Urban range of health trackers embedded into jewellery for women. These not only track activity and sleep but also provide information about a woman’s reproductive health and can help track and manage stress.

And UK company Fertility Focus has just completed a funding round to bring Ovusense (bottom image) to market. This is an internal sensor combined with a mobile phone app and is claimed to provide a 96% accurate prediction of the start of ovulation.

Also looking for funding, this time via Kickstarter, is Looncup, a menstrual cup that can send information about the state of a period direct to the user’s smartphone. It tells the user how full it is and when it’s time to refresh, and can even track fluid volume and provide information about fluid colour and cycle.

Developments in using connected devices for women’s health brings us back to OhMiBod and its victory at the Consumer Electronics Show for Lovelife Krush. This works with a mobile phone app to measure the pressure, control, endurance and grip of pelvic muscles to help a woman strengthen them through training challenges. These muscles can often become weaker through age or after childbirth. But stronger muscles improve sexual pleasure as well as helping to keep incontinence and pelvic organ prolapse at bay.

The original product used a cable to connect the music player to the device but that was soon replaced with wireless and now uses Bluetooth. The move to wireless led to the idea for the company’s Bluemotion (above right) range in which the device can be controlled via a mobile phone over a distance.

The range has since grown with the Lovelife Krush that found success at this year’s CES, but the relationship with the show has not always been smooth.

“We have been going to CES now for six years,” said founder Brian Dunham. “We felt this was more in line with what we were doing than an adult entertainment show. But they initially rejected us. So I kept pestering them and eventually they gave a conditional ‘yes’ depending on the reaction. It was a success. They had positive feedback and we have been there ever since.” 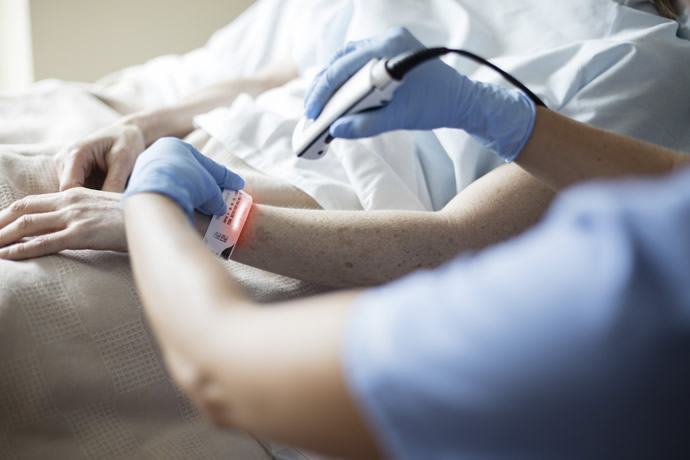 Krush uses sensors to measure the state of the pelvic muscle. This is a hidden muscle and one of the problems with traditional pelvic exercises is that there is little feedback on the effectiveness of the exercises.

“With the app you can exercise the pelvic muscles and there is a rewards system with badges and so on,” said Brian’s wife Suki. “We keep adding to it. After childbirth, couples can struggle to get back on track. This app gives you relationship goals to help improve your relationship. It is not just about exercise.” 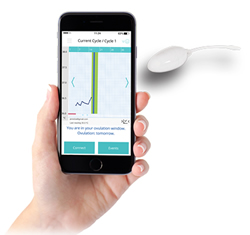 The next product, which is still in the prototype stage, monitors the heart beat of the user’s partner and matches the vibrations to that rhythm. But the sensor technology is not yet good enough.

“The technology in the devices is getting better and better but it is not quite there yet,” said Suki. “We have tested it but the sensors in the smartwatches are not reliable enough. We want to make sure the technology is really solid before we integrate this into the product.”

But how far can such technology go? Suki says she is asked this question a lot. “We are not going to end up having sex with robots,” she said. “Humans want human connections. These products are relationship enhancers rather than relationship replacers.”