The Earth’s population has rocketed upwards over the last few decades, rising from 4 billion in the mid-1970s to almost double that figure today (according to statistics compiled by the United Nations). At the same time the land resources available for food production are being placed under threat, due to global warming and increasingly urbanisation (as well as competition for space with biofuel crops).

In its most recent report on the subject, published last summer, the World Health Organisation (WHO) estimated that there are 820 million people globally who do not have adequate food intake (with Africa, Asia and Latin America being the regions that are most hard hit by the problem).

This figure has risen for 3 years in a row, and is predicted to continue on that trajectory in the years ahead. With food shortages only likely to become more acute, there is a real need to harness technology - so that production is better able to keep pace with ever rising expectations. 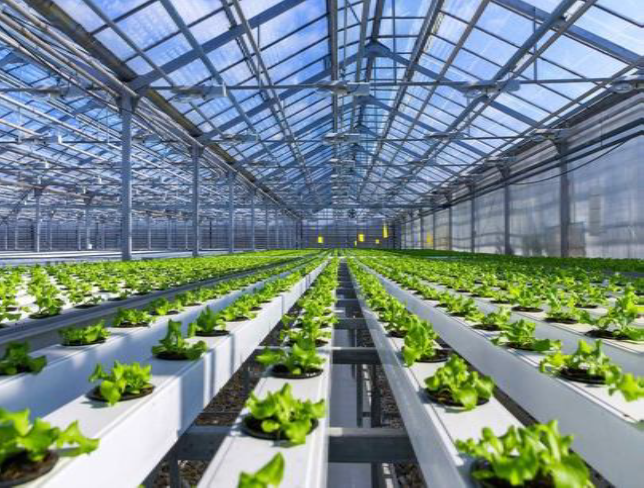 The use of artificial lighting in a horticultural context could be pivotal in helping society to address the impending food crisis. Market analysis undertaken by P&S Intelligence has led to projections that by 2030 the worldwide horticultural lighting business will have a total worth in excess of $20bn annually. That is an 8-fold increase on what it is today.

Artificial illumination can supplement natural light in greenhouses, or it can replace it altogether in so-called ‘vertical farms’. As a consequence, food production can be placed closer to where the demand is (i.e. near to the cities themselves) rather than having to ship it in from long distances away). Large quantities of crops may be grown in installations that cover only a relatively small acreage. Crop growth cycles can be accelerated and yields increased.

A constant light output may be delivered through luminaires (running continuously 24 hours every day) - one that is not subject to either seasonal variations (throughout the year) or diurnal variations (over the course of the day). This means that there can be multiple harvests each year, rather than just one - which in turn will generate greater revenues for the operation.

Crops are no longer exposed to extreme weather events that might result in them being killed off, but are kept in a protected and well-regulated environment (where parameters such as temperature and humidity are much easier to moderate).

At first these activities relied on xenon, metal halide and High Pressure Sodium (HPS) lamps, but advances in optoelectronics have led to these lamps being supplanted by LED-based luminaires. Moving to solid state technology has helped to reduce the power budget involved, as well as lengthening operational longevity.

Furthermore, the illumination systems now have far higher degrees of flexibility - as the constituent LEDs can be controlled better. This has allowed light intensity to be increased or decreased in particular areas (based on feedback from sensors), and also the wavelengths emitted to be adjusted.

The light used in horticulture applications needs to occupy the Photosynthetically Active Radiation (PAR) band of the electromagnetic spectrum. This spans from 400-700nm. Any incident light outside this band will have no effect on crop growth (and may actually just add to an unwanted build-up of heat). It should be noted that some crops will respond better to certain incident wavelengths than others.

Also at different points in a crop’s development cycle, changes to the optimal wavelength will be experienced. During the early stages, blue light will help with root development and initial growth. Then in later stages it will be advised to shift to red light wavelengths, so as to build up greater mass. This is another reason why solid state lighting is of such value, since it is possible for the colour mix to be adjusted as requirements dictate.

By having exact control of the incident light’s spectral output, the peak wavelength of the LEDs being specified to match up with wavelengths that will maximise yield in that particular crop. The light wavelengths utilised can, however, go beyond influencing crop growth rate. They can also have an effect on the nutritional value of the harvested crop, its colour and its flavour. Therefore greenhouse/vertical farm management may look to alter this parameter for these reasons.

As LEDs radiate less than conventional bulbs, they can be positioned nearer to the crop too (without having a detrimental effect on the plant’s growth). The upshot of this is that greater crop densities can be witnessed, with the planting bed platforms in vertical farms being stacked tighter together. It also enables intra-canopy lighting, so the luminaires can be in close proximity to the places in larger plants that need more light (such as where the fruit is developing), thereby preventing foliage from getting in the way (and causing excessive shading).

Though LED technology has kept on progressing, from a power perspective very little has actually changed in over a decade - and now this is really holding things back. The current arrangement used in horticultural lighting systems is that each of the luminaires has its own separate driver unit to supply it with power. As we will see this is becoming an increasingly outdated and impractical way of doing things.

This distributed power topology heightens the overall intricacy of the lighting infrastructure - as separate control systems are needed each luminaires’ power source, along with the cabling to accompany it, etc. This all adds substantially to the installation costs involved. Beyond the electrical aspects, there are mechanical ones to consider too.

Firstly, greater HVAC apparatus needs to be included for thermal management purposes (in order to dissipate the heat generated by each of the drivers). Secondly, the overhead infrastructure has to be much stronger (so that it can cope with the weight of each deployed driver unit plus its cabling).

Not only does all this raise the initial capital costs involved, it also increases the complexity of installation work (which will likewise add to the associated expense). The heat losses from the individual drivers (which were just mentioned) will result in an increase in the system’s electricity consumption (and thereby raise utility bills). Furthermore, the level of maintenance/servicing needed to support this arrangement can potentially be crippling - as there are too many elements encompassed within the system. What is really needed is a much more streamlined approach.

Horticultural operations are now looking for an alternative method for delivering light to their crops in a more cost effective manner. What they need is a radical new design concept that eliminates the disadvantages of the hardware-heavy distributed power topology. Through discussions with TTI, they are learning about the merits of ‘ditching the driver’ - and employing a topology where power is directly supplied to all the luminaires from a single centralised source.

The game-changing Artesyn Embedded Power iHP intelligent power systems, which are available via the TTI distribution network and supported by highly experienced field application engineers, will be pivotal here. By leveraging these, the global horticulture business will now be able bring in economies of scale that simply were not possible before.

iHP racks can be built up in convenient 3kW increments, with just a single 24kW rack able to replace 40 600W luminaire driver units. Multiple iHP racks can be incorporated into cabinets, thereby presenting a solution for which it is easy to ramp up the capacity. This can reach into the MW bracket for some deployments. 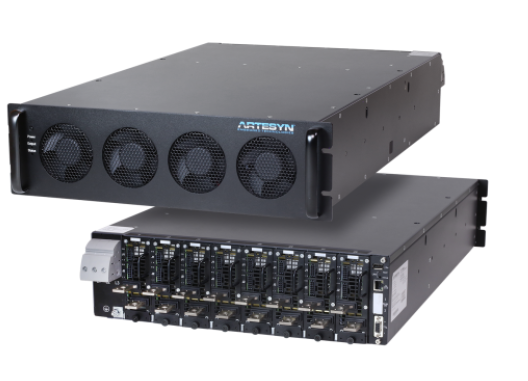 By having a large centralised power source to deliver the current needed by the luminaires, it is possible for a series of major operational advantages to be derived. Since the power source that is driving the luminaires is outside the environmentally-controlled growth area, it doesn’t have any impact on the ambient conditions.

Therefore, the need for thermal management and other related mechanisms that will add to the overall bill-of-materials costs is avoided. There will be far less potential points of failure - which translates into improved reliability and also means that ongoing maintenance costs can be curbed significantly. The removal of individual drivers and use of lighter cabling allows for less sturdy infrastructure to be implemented.

As LEDs run a lot cooler and for a lot longer, their appeal to the horticultural industry is growing rapidly. Nevertheless, the way that solid state illumination systems are currently orchestrated is far from ideal. It requires too much hardware, and that has serious implications in terms of CAPEX, OPEX and system reliability. This is, in some cases, preventing projects that could help ease the global food crisis from actually going ahead - as the investment involved means they simply won’t be able to get to a point where they are profitable.

In such a competitive market, where margins are tight, any possibility for lowering the associated spend can really help. The centralised lighting topology proposed here allows the total cost of ownership to be markedly reduced when compared to conventional distributed lighting. This means that large horticultural installations, which would have otherwise lacked economic viability, can now be embarked upon.

Through a combinationthe innovative technology from Artesyn and the unmatched application knowledge available to the TTI team, system integrators can get all the support they need in implementing centralised horticultural lighting systems. As more expansive greenhouse and vertical framing operations start to be constructed, the attractiveness of this architectural arrangement will continue to gain traction.