How to harmonise industrial networking applications

Visiting an exhibition that focuses on industrial automation systems, you can be forgiven for feeling overwhelmed by the sheer number of different systems. Industrial equipment often seems clunky and bulky by comparison to other modern consumer devices. Some interfaces rely on technology that has been around for decades, but that is really the appeal of many of these solutions: they are established, fulfil the use case, and are reliable. Ariel Lasry, Chief Engineer, Toshiba Electronics Europe explains.

Up until the mid-1980s much of the sensing and actuator equipment in use was analogue-based. Systems such as the 4-20mA current loop could not only deliver accurate measurements over long cable lengths, they delivered power to the end device too. With a high immunity to noise, they also provided a level of safety since a cable break could easily be detected – essential for the safe implementation of dangerous processes.

One of the downsides of this technology was the need to have a run of cable for each sensor and actuator used, meaning that there were lots of parallel wires running through factories and plants. Reducing the amount of cabling complexity, along with cost, was part of the impetus behind moving to networked technologies. These largely coalesced around either the serial interface (UART) found on low-cost microcontrollers coupled with a suitable transceiver (e.g. RS-485) or the Controller Area Networking (CAN) technology popularised in the automotive space (Figure 1).

Above: Figure 1. The deployment of the first three generations of digital industrial networking technology, showing the convergence towards international standards

These Generation I networks made use of different physical layer (PHY) technologies (OSI model layer 1) as well as different link layer approaches (OSI model layer 2), meaning that systems were rarely compatible with one another without recourse to some sort of gateway box. However, the common set of capabilities they provided included robustness, even over distances of hundreds of metres, defined latencies, determinism and fulfilment of safety requirements.

Such fieldbus technologies are installed in millions of nodes worldwide, but much of the physical layer technology has not seen any advancement in that time, limiting the available bandwidth. At the same time, industrial automation systems have become increasingly complex, relying on data-heavy sensing, such as cameras, that integrate into real-time control loops in processing environments. With a range of physical layers in place, it is also not possible to run different systems over the same wiring. 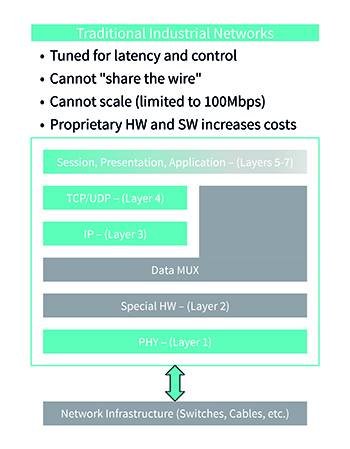 Above: Figure 2. Ethernet-based industrial networks are not compatible with one another due to their proprietary layer 2 implementations, designed to provide the determinism applications require

Ethernet, well established and already ubiquitous in buildings and factories for IT installations, offers plenty of bandwidth as well as having an abundance of suppliers for everything from connectors and cabling to silicon devices. Around 2005, Ethernet-based solutions started to come to market that coalesced around a single PHY. However, the remainder of OSI models highlighted serious issues when it came to latency, reservation of bandwidth, and guarantees of reliability and safety. As a result, a range of layer 2 approaches were developed to deliver these features based upon an Ethernet physical layer, but again leaving industrial automation systems with incompatibilities between supplier solutions (Figure 2).

Moving away from proprietary

Industrial automation is not the only market segment with a desire to use Ethernet, but with concerns that it does not meet their technical specifications. Professional audio and video, along with the automotive industry, have been ready to reap its benefits if issues such as latency and determinism could be resolved. Additionally, the Generation II proprietary industrial Ethernet systems had settled on 100Mb/s PHYs and the bulky cabling that goes with it, while other market segments are already at gigabit speeds.

The core issues holding the industry back from using Ethernet in an industrial context have since been ratified in a group of common standards known as Time Sensitive Networking (TSN). Because it is a standard, commercial off-the-shelf (COTS) solutions, from silicon to cables, will be able to interoperate with one-another, driven by the demand of many industries beyond industrial that all have similar needs. It also encompasses the use of PHYs supporting data rates of 1Gb/s, as well as the use of single-pair Ethernet (SPE) that will significantly reduce cabling bulk and costs.

Some of the key TSN standards that deliver the synchronisation and latency benefits industrial networks need are:

Above: Figure 4. TC9562, operating in conjunction with a PCIe capable host processor, simplifies the implementation of TSN networks

These changes, combined with efforts to draw these standards together into use cases within the IEC/IEEE 60802 TSN Profile for Industrial Automation, should help to form the basis of Generation III industrial networking technology.

Compact and highly-integrated system-on-chip (SoC) solutions are ideal for upgrading brownfield installations to make use of TSN. The TC9562 is such a device featuring a PCIe interface that can extend the functionality of large SoCs in programmable logic controllers (PLC) or as a plug-in card solution for an industrial PC (Figure 3).

All key TSN features are implemented, from the time synchronisation of IEEE 802.1AS, to the time aware shaper (TAS) of IEEE 802.1Qbv, with six queues along with flexible buffer management across all queues. The HW support for the gate control list enables a high granularity for controlling the defined time slots used in the TAS within a single machine cycle. The IEEE 802.1Qbu and IEEE 802.3br then implement the frame pre-emption capability, ensuring time-critical data packets are treated with priority.

The firmware required for operation is downloaded via PCIe during initialisation, which also allows for upgrades as changes or ratifications to TSN-relevant standards occur in the future (Figure 4). SGMII, RGMII, RMII and MII interfaces are all supported, allowing 10Mb/s, 100Mb/s and 1,000Mb/s interfacing, as well as SPE T1 PHYs, supporting the growing trend to lighter and simpler wiring. 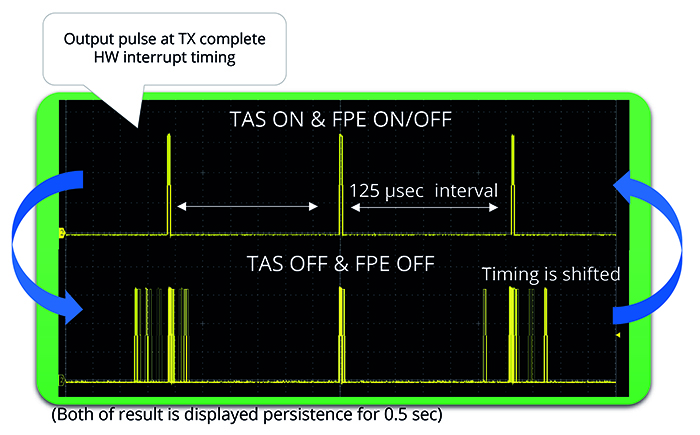 Figure 5. The TC9562 reference board (above) and results of the TAS demo application (below)

Initial evaluation of the device can be undertaken with the PCIe reference board that can be used together with an off-the-shelf industrial PC running Fedora 27. Toshiba offers a range of drivers and other utilities, along with sample applications and TSN demos (Figure 5). These include examples of the TAS function in operation, allowing the pre-emption capabilities to be visualised while impact on bitrate can be analysed using standard tools such as iPerf.

With standardised PHYs and layer 2 implementations for Ethernet that meet the real-time needs of industrial automation, it can be reasonably asked what is to be expected from Generation IV industrial networking technology. Like other industries, it is expected that the higher layers in the OSI model will also move towards standardisation. Organisations such the OPC Foundation have formed a working group to tackle Field Level Communication (FLC) with the ultimate goal of creating a Unified Architecture (OPC UA) machine-to-machine communication protocol. This open, cross-platform approach together with robust security has the potential to simplify much of the complexity engineers face today. The installation of new equipment would only require the machine to declare its capabilities (e.g. for a robot its degrees of freedom, maximum payload, etc.) using simple and standardised data structures, enabling other systems to quickly understand its capabilities and integrate it into the task being executed. 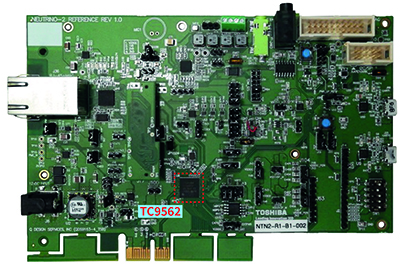 While Ethernet has started to displace many of the traditional networking technologies in industrial automation systems at the physical layer, dissimilar layer 2 implementations to overcome Ethernet’s traditional weakness for the target application have limited its adoption. The introduction of TSN presents the necessary standardisation to ensure interoperability of equipment from different suppliers, which will also drive down costs. Devices such as the TC9562, with its out-of-the-box support for open source software implementations, form an excellent basis in the move to TSN-capable industrial networks.