Our website is made possible by displaying online advertisements to our visitors. Please consider supporting us by disabling your ad blocker.
Home > Industries > Electric power take-off heralds a revolution in mobile machinery
Industrial

With the increased emphasis to reduce emissions, air pollution, resource waste and traffic noise, government legislation is pushing towards the use of electric power to drive ancillaries in mobile machinery. This is particularly relevant in construction, materials handling and refuse collection applications operating in urban areas.

Adopting electric Power Take-Off (ePTO) as an alternative to the traditional PTO from an Internal Combustion Engine (ICE), brings multiple benefits to the application, operator, and the environment. In this article, Bruno Jouffrey looks at ePTO and how the latest technologies that can enable mobile machine builders to switch to electric solutions for powering ancillaries.

To power ancillary systems on a crane, refuse truck or cement mixer, the vehicle must be fitted with an extra means of a power supply, a Power Take-Off (PTO). In the majority of cases, the PTO will connect directly to a hydraulic pump. This allows for transmission of mechanical force through the hydraulic fluid system to any location around the vehicle where a hydraulic motor or cylinder will convert it back into rotary or linear mechanical force.

Power demand varies enormously, depending on the type of application from a few kilowatts to several tens of kilowatts. It can also vary on the same application. A refuse truck, for example, requires little power for loading in contrast to the high load required to drive the compactor.

Historically, the PTO output shaft has been a part of the Internal Combustion Engine or transmission, which requires the engine to be idling during use. An idling engine can produce up to twice as many exhaust emissions as an engine in motion. Exhaust emissions contain a range of air pollutants such as carbon monoxide, nitrogen dioxide, and particulate matter. These can affect the air quality of the surrounding environment. Idling vehicles, especially diesel trucks, also contribute to noise pollution, typically when power demand is high.

Why switch to electric?

ePTO makes the vehicle environmentally friendly and is the first step towards hybrid and all-electric powertrains. Decoupling the auxiliary functions from the traction allows independence between the speed of the diesel engine, ensuring work is carried out in the best yield zone.

The reasons for this development are clear. The strengthening of environmental rules for fine-particle and noise emissions, and the constraints imposed by prime contractors for urban work sites increase this urgency. An added benefit is that the diesel engine can be significantly smaller, saving fuel consumption, while driving (traction + PTO) and in town the diesel engine is switched off and ePTO is used.

Reduced noise at the work site improves safety by enabling better communication and reducing the risk of hearing damage. When using standard PTOs, crew members must rely on hand signals to communicate over the noise of the idling engine. Battery-powered boom trucks, for example, are so quiet that crew members can speak to each other from the ground to the bucket in the air or hear their two-way radios. Residents near construction sites prefer the quieter operations in their neighbourhood too. For operators, lower noise enables longer work hours, which increases productivity and enables a quicker Return-On-Investment (ROI).

The ePTO system consists of an inverter and an electric motor powered by a DC power source, for example, a battery. Running auxiliary loads from the battery removes the need to idle the engine during PTO, which reduces fuel consumption, and eliminates air and noise pollution. Similar to a standard PTO, it can be connected to a mechanical transmission system (cardan shaft or gearbox) or to a hydraulic pump. This, however, creates new demands on the hydraulic pump and motors with opportunities for further improvements in power density, efficiency, noise level and robustness.

There are several solutions to powering the ePTO. The first is using a rechargeable battery, which has the capacity for a complete day’s work and recharged overnight, benefitting from lower energy price, or using ‘green’ energy.

In some cases, instead of a battery, fuel cells can be used to provide electric power on full electric vehicles for ePTO in addition to the traction system.

Alternatively, the battery can be charged using a generator which is driven by the ICE. This solution is most suited to stop-start applications, such as a refuse truck. Because the battery can be regularly recharged, its size and weight are reduced but it is still expensive.

There are also different motor types available. A Permanent Magnet AC (PMAC) synchronous motor offers high power density and efficiency. Compared to a typical 110kW/3000rpm air-cooled induction motor, such as the comparable water-cooled GVM210 400 136kW PMAC motor, from Parker, is much more compact, being a twentieth of the size and a tenth of the weight.

The torque density and speed capabilities combined with voltage-matched inverter provide the speed and torque to achieve maximum performance for electro-hydraulic pumps and auxiliary applications. The PMAC efficiency is also far higher than an induction motor, during motor and generator operation modes, enabling use of a much smaller, and cheaper, energy storage system. The variable speed system allows for higher efficiency, even at low speeds, which suits frequent on/off duty cycles.

As stated previously, power demand from the ePTO can differ depending on the application. To exemplify the common use cases, we will look at a truck loading crane, refuse truck and cement mixer. 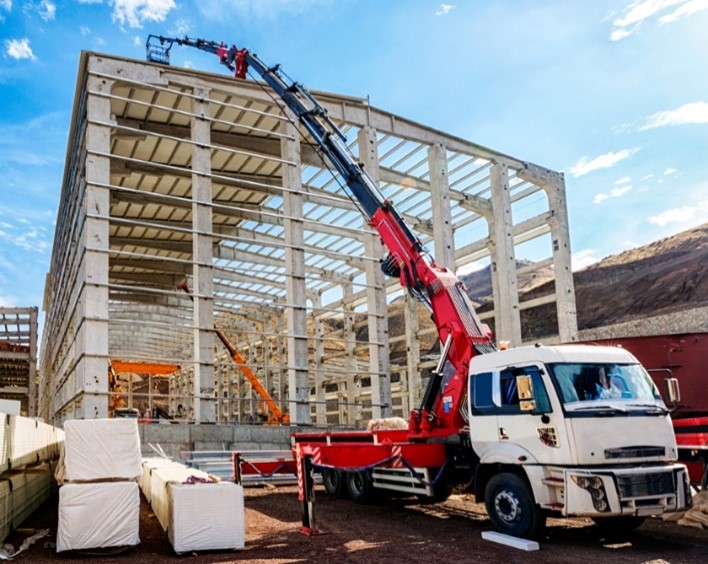 Truck loading cranes are mounted with a hydraulic hoist lift heavy materials on and off the flatbed. The load duty cycle contains two movements: lifting materials onto the vehicle and driving to destination, and then unloading the materials.

For this application, the dynamics and energy usage are relatively short and do not affect the setting of peak and continuous performance requirements. When loading and unloading, the engine can be switched off, using a battery-driven ePTO. This has the added advantage of being able to work indoors, such as in a warehouse, since there is no idling engine to emit noxious fumes. 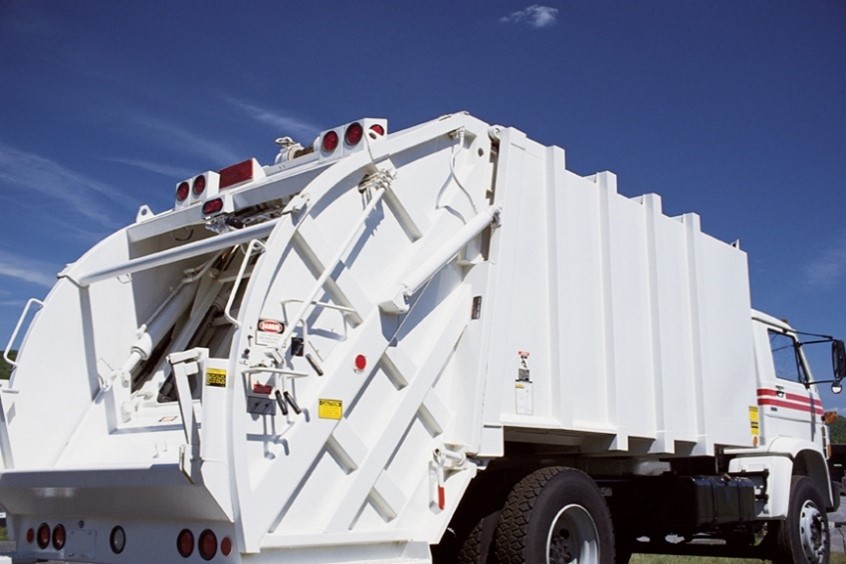 The refuse truck, on the other hand, has a unique dynamic profile caused by frequent bin loading. The complex hydraulic circuits make big demands on the PTO in three cycles. These comprise the lowering of the bin loading system and the bin loading itself and then as a second cycle, the compaction.

The truck then drives to the next bin and these two cycles are repeated until the truck container is full. The last cycle is driving to the recycling depot or landfill site and dumping the load. Depending on the way the vehicle is used, the ePTO can work only with a battery or with an auxiliary generator to recharge it.

The energy from frequent braking can also be saved. Regenerative braking takes part of the kinetic energy through the generator, which is used to charge the battery. As the engine is mainly used in driving mode, the collecting process is quite silent and emission free. At the same time, the noise level for residents is reduced and the working conditions for the operators improved. Low noise also enables the refuse truck to work longer hours in residential areas. 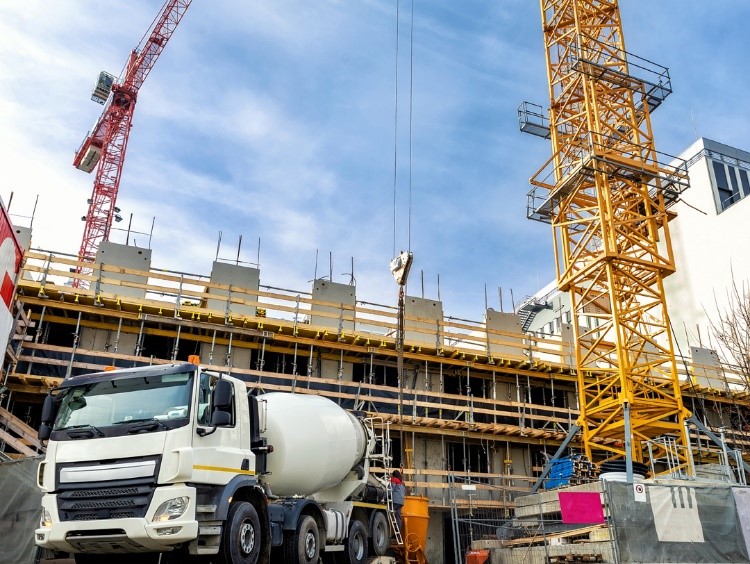 More demanding still is the cement mixer, which requires continuous and relatively high torque demand across the ePTO duty cycle to mix the cement, even while driving. The three cycles are the initial mixing of the cement, then driving to the construction site and, finally, pumping the mixture out. To rotate the cement mixer drum, direct connection from the gearbox to the ePTO removes the need for hydraulic circuit completely.

This improves efficiency and reliability, and reduces maintenance requirements. At the same time, the noise level for residents is reduced and the working conditions of the operating personnel are improved, and the truck can be used for longer periods of time. Again, the cement mixer can be operated when the engine is switched off using the battery-powered ePTO or recharging the battery with an auxiliary generator and / or grid connection.

While all-electric has not fared well as the powertrain on large mobile machinery, electrifying the ancillary loads is proving to be cost-effective, while reducing or eliminating idle time. Battery-driven ePTOs powered via an inverter actuate a hydraulic pump (the most common type of PTO attachment). This enables the transmission of mechanical force through the hydraulic system, to any location around the vehicle. And, depending on the application, the hydraulic flow can be finally transformed to linear motion via the cylinder (refuse compression), or to torque via a hydraulic motor (e.g. cement mixer drum rotation).

When combined with other systems, such as the IQAN controller, we will see a revolution in the efficiency, functional safety, cleanliness, and ease of use for mobile machinery.