Steve Rogerson reports from Taipei on how the country is responding to the moves towards autonomous driving. Taiwan has no major car makers, but the high technology island sees the moves towards autonomous driving and connected transportation as an opportunity that it cannot miss. As such, it is applying the skills it has learned over decades in other electronics sectors to the automotive world in a big way.

“Autonomous driving and connected cars are the biggest trends for the future,” said Winner Yu, Chairman of the Autotronics Collaborative Alliance, part of Teema, the Taiwan Electrical & Electronic Manufacturers’ Association. “We are trying to make sure Taiwan is a production centre for autotronics and telematics. We are working to make Taiwan a more compliant environment for autonomous driving. We are in a very good place for developing autotronics.”

The country already has an excellent semiconductor base and is well developed in areas such as cameras and radar, though not so much with lidar.

For cameras, Taiwan is very strong on the technology,” said Yu. “Lenses, sensors, assembly, we are very good at these. We have the full supply chain.”

On radar, he said, the country look to Texas Instruments for the modules, which are actually made in Taiwan at the TSMC foundry.

“We also have one or two Taiwanese companies that are now doing the radar, and the quality is good,” he said. “The next step is sensor fusion to get the correct data to the car. We can do this because we have these computing technologies.” 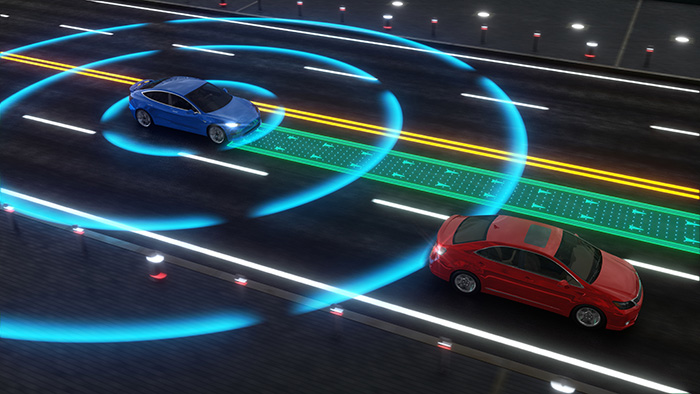 Lidar
As to lidar, Yu admits that Taiwan is weak. “In Taiwan, no-one is developing lidar,” he said. “We do not have the skills for lidar.” This could be a drawback as lidar is seen as one of the major sensing building blocks for autonomous vehicles.

He also said that Taiwan had no real experience in building complete cars, but was nevertheless focusing on the growth in electric vehicles by applying an area that it was good at - power electronics.

“We can do the power control,” he said. “And we can also do the motors, though we are not strong in battery technology.”

Challenging
For power control, Yu said there was a focus on IGBT technology and that Taiwan was in a strong position to challenge Infineon for the number one slot in this worldwide.

“We want to challenge Infineon’s position,” he said. “The IP belongs to Infineon, so now we are looking for good solutions and formulae to develop our own IP and packaging.”

The company that is doing this is Actron Technology, established in 1998 and specialising in automotive diodes, alternators, regulators and anti-lock braking systems. It is a supplier to the top six car makers.

Yu predicts that as early as next year Actron will be supplying IGBT technology to major tier-one automotive suppliers.

“We will then be challenging Infineon,” he said. “There is just the one company - Actron Technology - at the moment but there will be more in the future. I think Infineon is very scared that Taiwan can do it. It will be good quality and the price will be good. We are focusing our semiconductor base into power control.”

Overall, he said Taiwanese companies would be very important in the world of electric and autonomous vehicles, but admitted it was a ‘huge barrier’ that Taiwan had no major car makers. There have, however, already been tests of autonomous vehicles run by Most, the Taiwanese government’s Ministry of Science & Technology.

“We make the key components and the key modules, and we are very strong,” he said. “The car makers come to Taiwan to look for what they need.”

Continued growth
This is shown by the statistics with 80% of the automotive parts and accessories made in Taiwan being for export. The Taiwan government is determined to help this continue.

“It is important for us to apply our strengths in ICT into the automotive industry,” said Mei-Hua Wang, the Taiwan government’s Vice Minister of Economic Affairs. “I am very happy to see that happening.”

She said the government would do whatever it could to help Taiwanese companies challenge in the automotive space.

“Companies cannot stand on their own,” she said. “We have to work with each other. We need to work together to take electric vehicles and mobility to the next level.” She called on Taiwanese companies based in China to come back and invest in local projects.

“We want international companies to think of Taiwan as one of the best places in the world to go,” she said. One international collaboration that is already taking place is conducting live tests of driverless shuttles in different parts of the country through local company 7Starlake in collaboration with Intel, NEC and French mobility company Easy Mile.

The shuttle, which was at the show, has already been carrying out test rides in Taipei and Kaosiung in the south of the island.

Martin Ting, President of 7Starlake, described the shuttle as “not just a vehicle but a movable IoT platform”. The shuttle has sensors to detect the presence of pedestrians and stops automatically, a feature demonstrated on the firm’s stand with staff members happily stepping out in front of it as it moved along a predetermined route.

In the tests, it has been driving along a smart corridor and picking up passengers, and it has been used for sightseeing tours. The tests have the backing of Taiwan government legislator Karen Wan-Ju Yu.

“We are going through a digital revolution that is transforming hardware and software,” she said. “Taiwan is very good at making electronic components but we want to do more. In the future, everything will be smart. We are looking for new innovative business partnerships to drive new technology.”

Conclusion
Taiwan has a unique ability to spot technology trends in the world and then, with serious help from government, tune its industry to attacking those markets. The moves in automotive for more electric vehicles and greater driver assistance, leading eventually to autonomous vehicles, have not been missed, and the country is now gearing itself up to supply the key technologies. Given its track record in other high technology areas, it would be a brave person who bets against them succeeding.