In order to help simplify component and supply chain requirements at Hitachi Rail Europe's Newton Aycliffe based train manufacturing facility, the company has worked with Optimas. The new UK factory is the first of its kind outside of Japan, and is aimed squarely at supporting the European market, an effort that has been aided by Optimas.

Synergising the component and logistical demands of a facility designed to manufacture high performance trains is not a simple task. Peter Mould, Application Engineer, Optimas, explained: “We were able to secure the contract initially as we could offer fasteners at competitive prices. We then worked closely with the Hitachi Rail team to rationalise the number of duplicated parts and simplify the numbering system. We liaised with Hitachi Rail engineers early on, so we could define a clear plan of action, removing any blueprint or component duplicates and selecting preferred vendors.”

A push towards standardisation also enabled a reduced bill of materials, as less unique components were required.

“By standardising component choice for Hitachi Rail we were able to offer simplified supplier management,” Mould continued. “But that was not the only benefit of local knowledge. Working with Hitachi design engineers we were able to enact EU component standards across the facility instead of Japanese equivalents, which simplified logistical demands and ensured that the fasteners were specialised for applications in the UK.”

With a clear component policy defined in conjunction with Hitachi Rail, Optimas turned its attention to increasing the efficiency of transporting fasteners from storage to the state-of-the-art production line. Optimas supported the Hitachi Rail team to develop a kanban system on-site, a lean manufacturing inventory control framework. The system aims to increase the efficiency of production processes, by ensuring an optimum number of parts are available on the line at any one time.

However, it is not a fastener policy that was meant to stand still, Mould concluded: “Our dedicated Optimas team continues to work closely with Hitachi Rail to constantly review parts and the supply chain. We update the policy at the start of every new project, meaning that we keep the bill of materials in review for every new model, so we can maximise overall cost effectiveness and efficiency. By being dynamic, we can move on the same path of expansion as Hitachi Rail as it grows in the European market.”

Subsequently, Optimas has been awarded additional parts by Hitachi Rail, which are currently being implemented as part of the kanban system. The clear implementation path defined by both businesses has meant expanding the fastener framework and ensuring customer success. 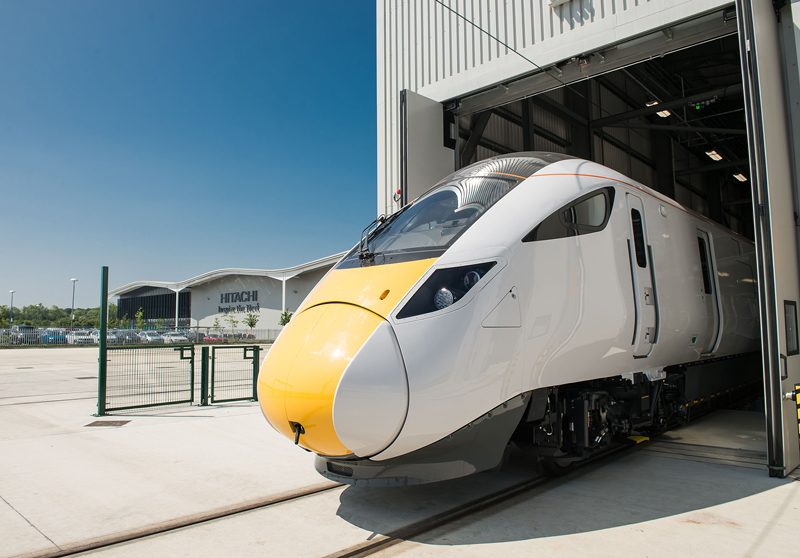