46,000 homes could be powered by reduced TFL services

Can the underground really go carbon neutral by 2050? A new study by British Business Energy has revealed how many wind turbines and solar panels would be needed to power the annual energy consumption of the tube in a bid to the environment after lockdown.

From potentially powering over 46,000 London homes through reduced services via remote working trends to installing enough solar panels to cover all of Kensington and Chelsea, how feasible is London's plan of making the tubes carbon neutral by 2050?

In a new study, British Business Energy revealed how many solar panels and wind turbines would be required to power the London underground in response to a study released by the government showing that levels of the harmful gas nitrogen oxide at some of London's busiest roads were reduced by half since measures were introduced during COVID-19.

As the lockdown continues, over 45% of Brits have stated that they're looking to continue working remotely post lockdown - and with the rise of cycling Londoners, what will this mean for reduced services on the tube and will the government take note of these reductions?

British Business Energy, Founder, Ian Wright said: "In coordination with the government’s plans to make the tube totally carbon neutral by 2050 at a time where Boris Johnson has announced his ambition for tubes to become driverless - costs and government funding will persist as the major challenge in allowing for a greener underground.

“If London is committed to making the tubes carbon neutral - the costly scale of implementing solar panels or wind turbines to assist with the tubes whopping annual energy consumption of 1,200,000,000 KWH will need to be considered as a major point from funders.

“The reality is that unless the government seizes the current opportunity to assist in allowing more Londoners to continue working from home i.e. by providing more support to businesses in the adoption of new technology and home working equipment, the strain on TFL services will be further reduced, creating the opportunity for carbon neutrality to be reached earlier without having to invest as much capital in renewable energy systems."

Here are some surprising facts you definitely didn't know about what it takes to power London's tube annually: 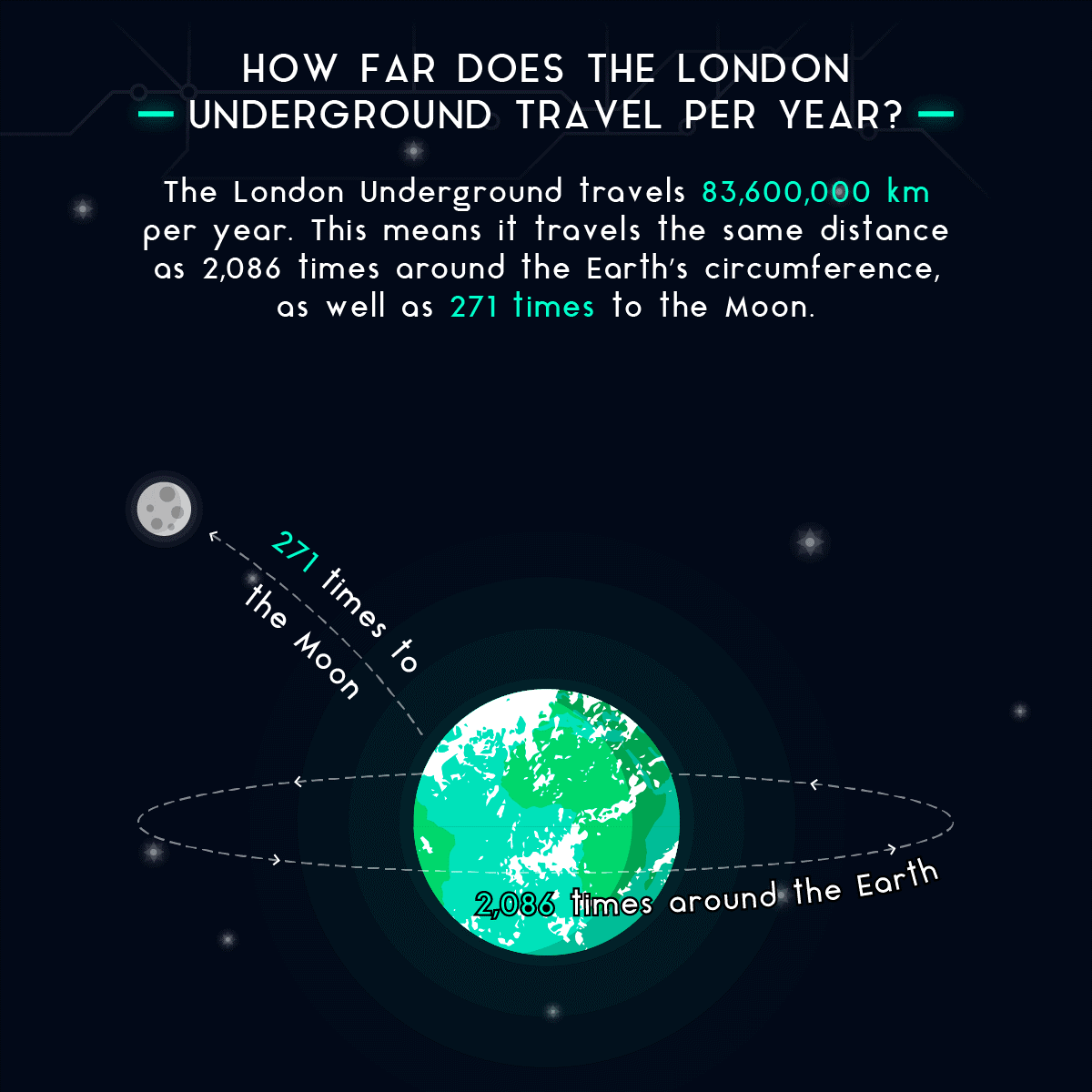 2. 5,600,000 solar panels would be needed power the underground for a year, equivalent to the size of Kensington and Chelsea!

3. OR 200 wind turbines would be needed power the underground for a year, equivalent to the size of Lambeth! 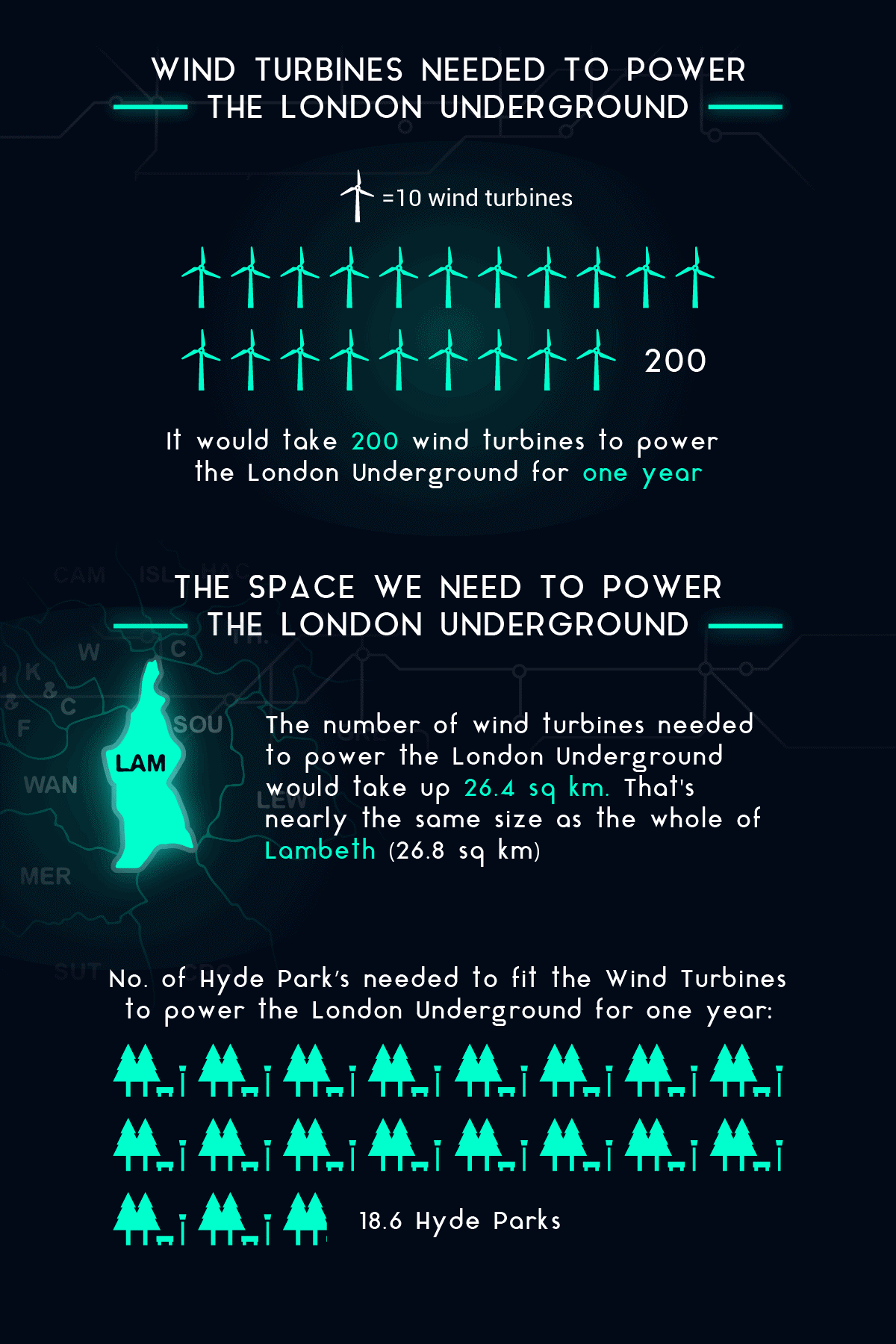 4. If the 45% of London's commuters continue to work from home post-lockdown, the underground COULD save enough energy to power 46,000 homes! 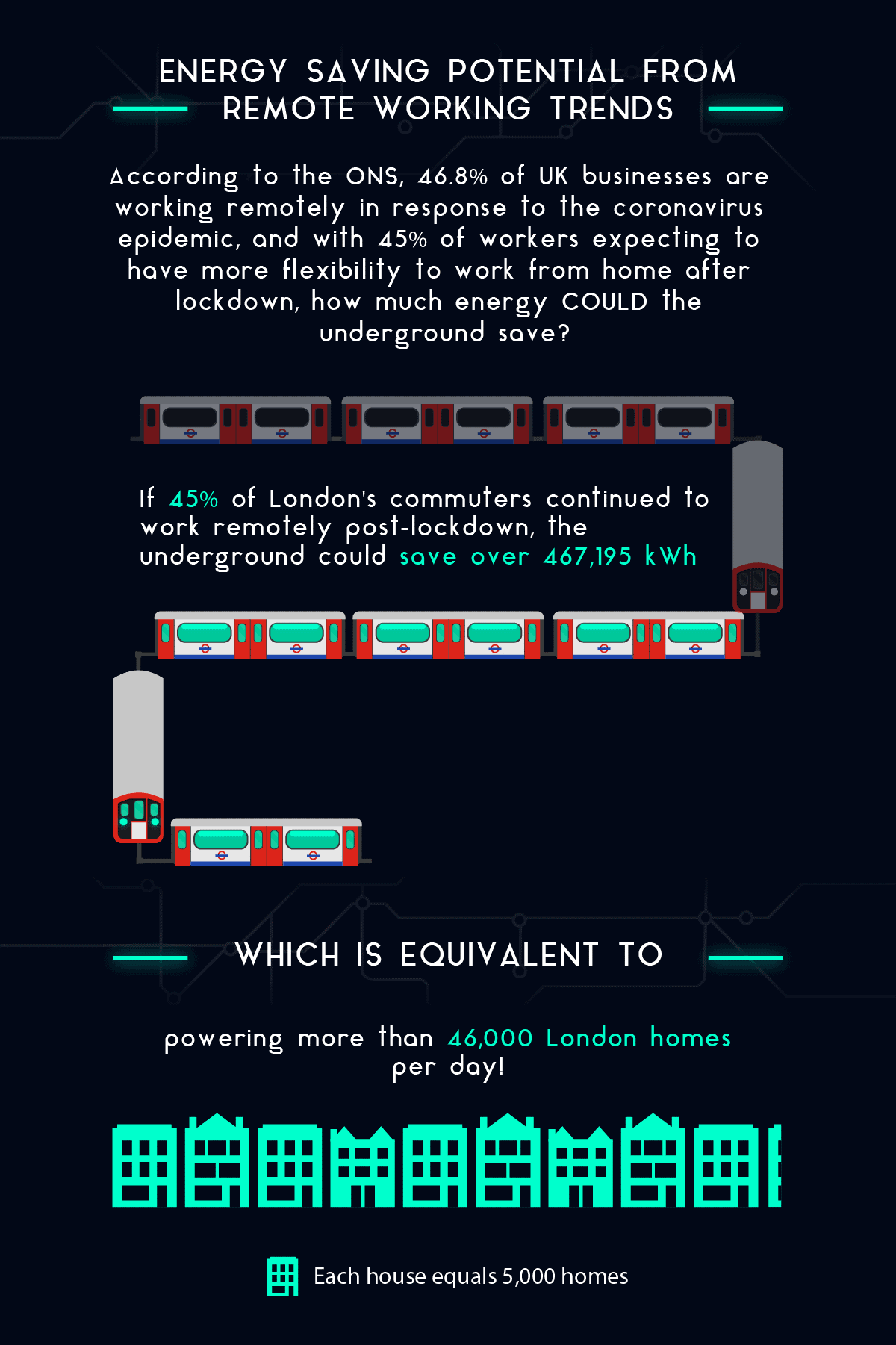